Fossils reveal mammals that mingled during the age of the dinosaurs 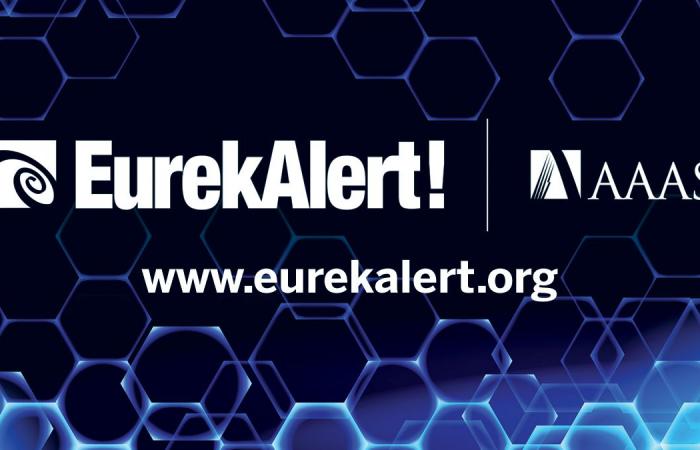 The fossil remains of several small mammals discovered in densely packed clusters in western Montana provide the earliest evidence of social behavior in mammals, according to a new study co-authored by a Yale scientist.

About 75.5 million years old but exquisitely preserved, the fossils offer a rare glimpse into how mammals behaved during the late Cretaceous period when dinosaurs dominated, and suggest that mammals evolved sociality much earlier than previously thought said Eric Sargis, professor of anthropology in Yale’s Faculty of Arts and Sciences and co-author of the study.

The results were published in the journal Naturökologie & Evolution.

“It’s an extraordinary collection of fossils – the most complete and well-preserved Mesozoic mammals ever discovered in North America,” said Sargis, curator of vertebrate mammals and paleontology at the Yale Peabody Museum of Natural History.

“They provide a wealth of information about how these animals lived. They tell us that they buried and nested together. Several mature adults and under-adults gather whom we had never seen from this time. ”

Excavated from Egg Mountain in Montana – a well-known nesting site for dinosaurs – the fossils include the skulls or skeletons of at least 22 individuals of Filikomys primaevus, a newly named genus of multituberculates. The small mammal that was omnivorous or herbivorous was just as common in the Mesozoic as rodents are today. (The generic name means “neighborly mouse”.) Multituberculate existed for more than 130 million years from the Middle Jurassic to the late Eocene, the longest line of all mammals. The fossils were discovered in groups of two to five specimens. At least 13 of the specimens were in the same rock layer, covering an area of ​​344 square feet, a space smaller than an average-sized studio apartment.

“These fossils are changing the game,” said Gregory Wilson Mantilla, professor of biology at the University of Washington, curator of vertebrate paleontology at the Burke Museum of Natural History and Culture in Seattle, and lead author of the study. “As paleontologists working to reconstruct mammalian biology from that period, we usually stare at individual teeth and maybe a jaw that has rolled down a river, but here we have several, almost complete, skulls and skeletons that look right at them the right place where the animals lived. We can now credibly see how mammals really interacted with dinosaurs and other animals that lived at that time. ”

The researchers found no evidence that the fossils had accumulated due to some natural phenomena, such as being transported through a river, or that they were deposited by predators. The samples were taken from suspected caves in which the animals had lived. The bones show no signs of predatory bite marks, and the skeletons are too complete and well-preserved to be moved by water or accumulated on the surface.

Analysis of the specimens’ teeth – the level of wear and tear and whether they had completely erupted into the oral cavity – and their skeletons – the degree of fusion in skull and long bones – indicated that the individuals were either mature adults or underadoles, not nursing infants. The grouping of multiple mature adults and under-adults strongly suggests social behavior, Sargis said.

Social behavior occurs in about half of today’s placental mammals that give birth to live cubs that are fed in the mother’s uterus in late stages of development. Some marsupials like kangaroos also behave socially. The trait was believed to have developed after the Cretaceous Paleogene mass extinction, in which most species of dinosaurs were killed about 66 million years ago. However, the study shows that sociality occurred earlier, the researchers concluded.

“Because humans are such social animals, we tend to believe that sociality is unique to us, or at least to our close evolutionary relatives, but now we can see that social behavior goes way back in the mammalian family tree,” said Luke Weaver, lead author of study and graduate student in biology at the University of Washington at Seattle. “Multituberculates are one of the oldest groups of mammals, and they have been extinct for 35 million years. However, in the late Cretaceous period they apparently interacted in groups, similar to what would be the case with modern ground squirrels. ”

The fossils also provide the earliest evidence of digging behavior in multituberculates, the study says. The skeletons suggest that F. primaevus could move its shoulders, elbows, and paws similar to today’s burrowing species like chipmunks. The researchers found that his hips and knees were flexible enough to maneuver in tight spaces like caves instead of walking on open ground.

The other co-authors of the study are David J. Varricchio and William J. Freimuth from Montana State University and Meng Chen from Nanjing University and the Nanjing Institute of Geology and Paleontology in China.

These were the details of the news Fossils reveal mammals that mingled during the age of the dinosaurs for this day. We hope that we have succeeded by giving you the full details and information. To follow all our news, you can subscribe to the alerts system or to one of our different systems to provide you with all that is new.