Wednesday is no longer a Warddag 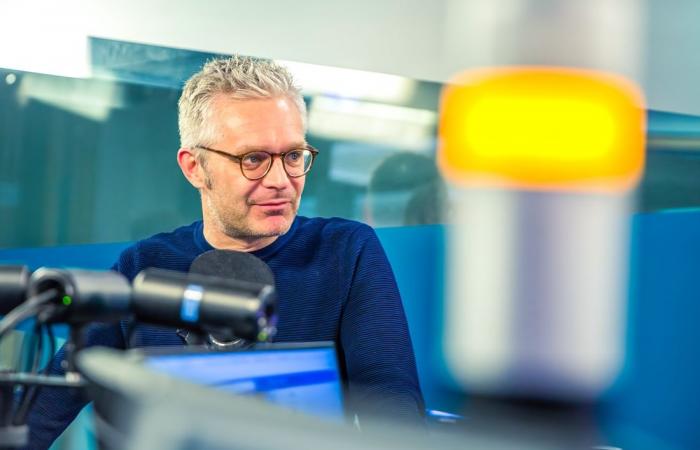 He started his public life at The Red carpet, and continued his career on the red carpet of the movie business. Filmward passed away unexpectedly at the age of 47.

As @filmWard, he shared his knowledge about the most recent films on social media. And Wednesday was Warddag. Then in the morning Ward Verrijcken presented an overview of the film offer in the halls on Radio 1.

On All Saints’ Day, the VRT announced that her film journalist died unexpectedly. It does so with a warm message. ‘He was always ready to give a movie tip or share an anecdote for TV, radio and online,’ says the press release.

Ward Verrijcken grew up on Lake Keerbergen. His father was in the management of Roularta, but he himself initially had a different path than the media in mind. He tried it in medicine and soon switched to Germanic philology.

The film bug had already caught him by then. During his college years he wrote for the film magazine Tick. He would find his first job there as an editor. ‘I signed my first contract there on the day of my proclamation’, he said in the KU Leuven magazine.

Then Desert Fish Smoke announced the guard with Bonanza, Verrijcken was part of the 25-man team of the new magazine. However, the adventure was short-lived: it began and ended in 2001.

‘Exactly in the week that the magazine closed, I heard that the VRT was looking for a film specialist,’ he once said about his switch to Reyerslaan. That the VRT program The Red carpet a film reporter was looking for, it came as a gift from heaven to him. He would stay there for ten years, until the program ended in 2011. From that position he became the permanent film journalist of the VRT.

Verrijcken made reports for The news, explained films for radio news and broadcast and also wrote analyzes and film tips for vrtnws.be.

He met many big movie stars and other celebrities from home and abroad, such as Robert De Niro, Meryl Streep, George Clooney, Oprah Winfrey, Justin Timberlake and Madonna.

For some of those interviews, he kept lobbying for years to finally get his bearings. ‘I had to insist with the publisher of JK Rowling for seven years to finally be able to speak to her for six minutes at the premiere of Harry Potter and the half-blood prince‘he said about it. “But I was the only one who got permission then.”

Jeroen Struys, film specialist for this newspaper, thought that Verrijcken had a special talent for dealing with those big stars. ‘He knew perfectly how to approach celebrities. From Robert De Niro to Leonardo DiCaprio to Emma Watson, everyone came for his camera. He created an atmosphere of conviviality that sometimes showed them more of their true nature than the crafty ones agents wild ones. Ward knew the stars and the stars knew Ward. Really.’

At the VRT he became ‘our man on the red carpet’. The broadcaster appreciated his great film knowledge and the passionate way with which he made his contributions.

Apart from that, VRT CEO Frederik Delaplace describes him as ‘a warm and beloved colleague, a listening ear and an enthusiastic person’.

His colleagues from his field also see him as a dedicated film journalist who always kept an open mind and had an infectious enthusiasm.

‘No film journalist in this country has had more impact in recent years,’ says Struys. ‘In Flanders he put the theme of #MeToo on the agenda by raising it in his many interviews. He also had a personal commitment when he shed the spotlight on lgbtq in cinema. ‘

Struys further describes him as a ‘generous person’, someone who helped him on his way in the world of film festivals and interview sessions in his early years. Ward was also a very accessible person. I will miss him.’

These were the details of the news Wednesday is no longer a Warddag for this day. We hope that we have succeeded by giving you the full details and information. To follow all our news, you can subscribe to the alerts system or to one of our different systems to provide you with all that is new.