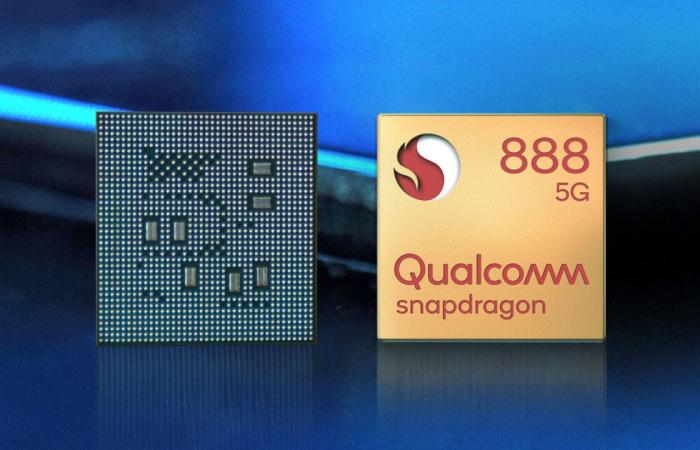 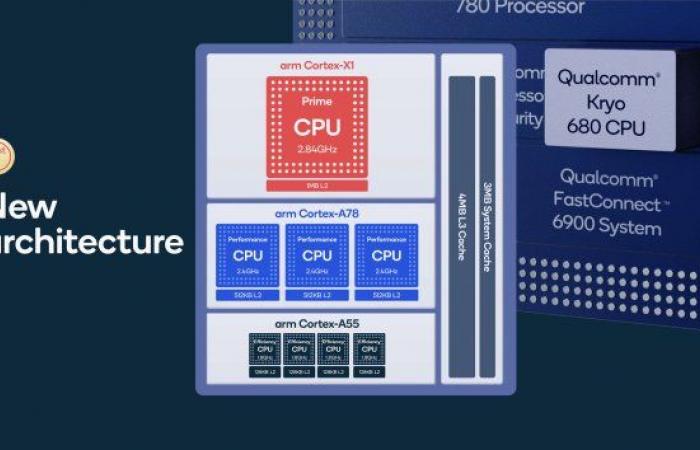 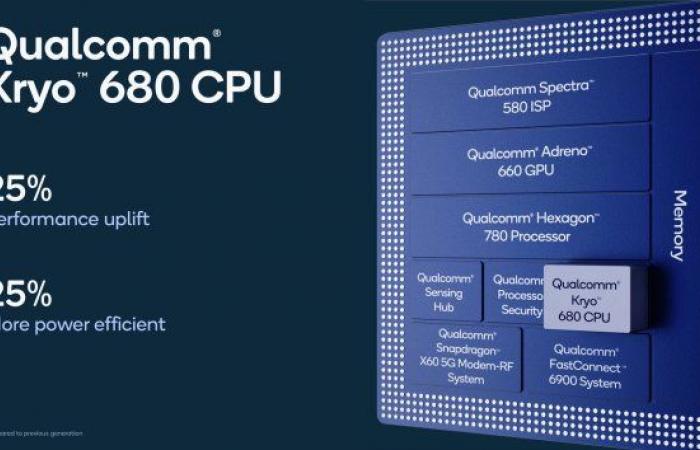 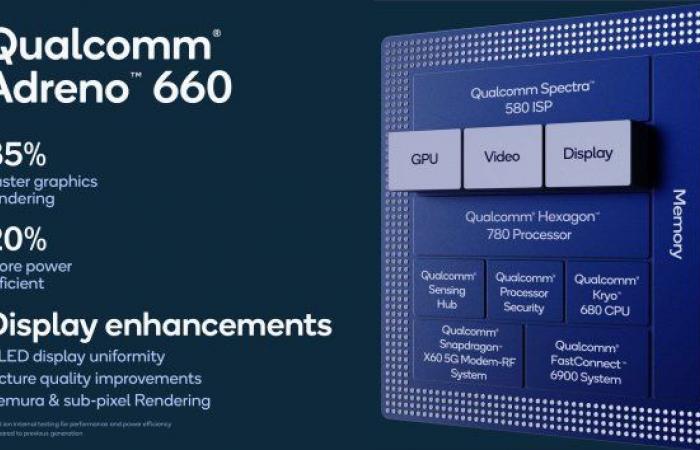 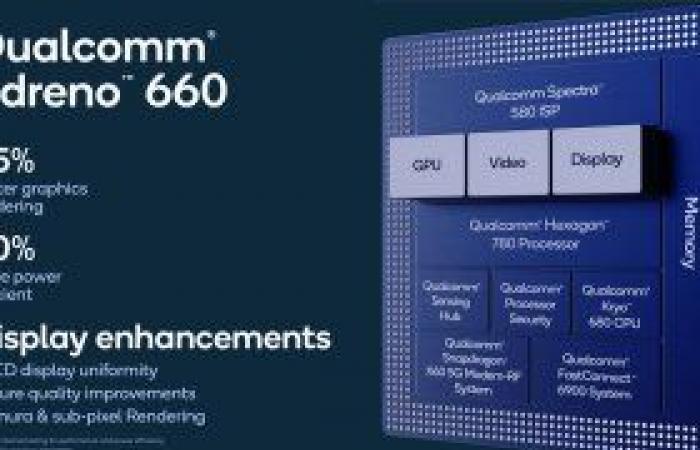 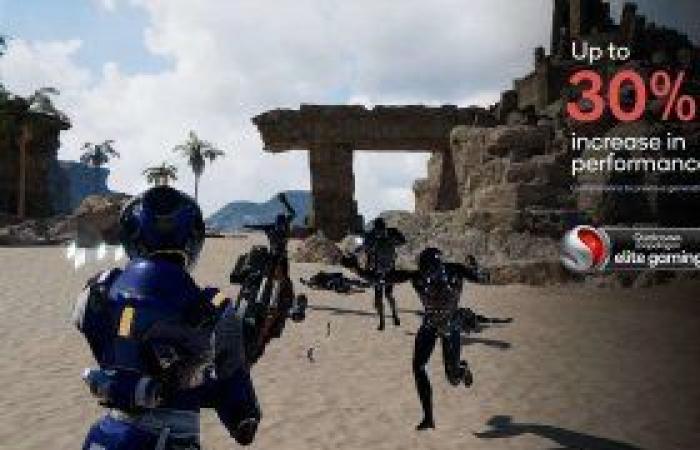 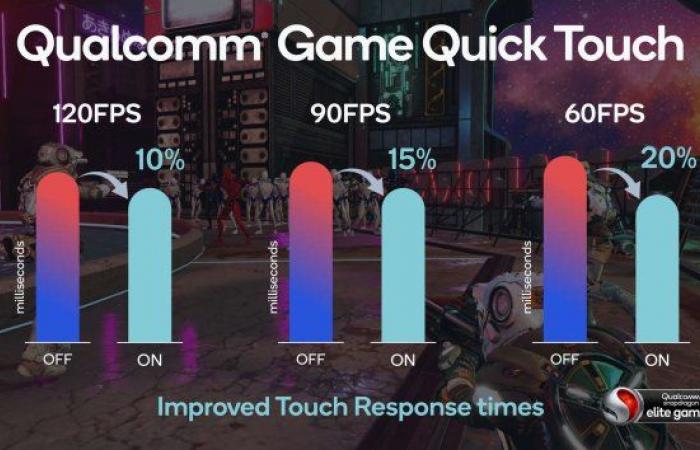 tl;dr: The Snapdragon 888 from modern 5 nm production will be used in the first smartphones in the coming year. With the Cortex-X1, Qualcomm is clearly working on the single-core performance. The Cortex-A78, a new Adreno GPU, a triple ISP, a new DSP and, last but not least, the modem are also arriving.

These smartphone manufacturers are there

In the course of the first quarter of 2021, the first smartphones with the new Snapdragon 888 should come onto the market. As was announced yesterday when the new name was announced, models from Asus, Black Shark, Lenovo, LG, Meizu, Motorola, Nubia, Realme, OnePlus, Oppo, Sharp, Vivo, Xiaomi and ZTE, among others, are expected to be equipped accordingly . Sony has also announced that it will continue to use the latest SoCs from Qualcomm in the future.

After only touching some key data of the Qualcomm chip yesterday, the full announcement with all the details was on the program of the Snapdragon Tech Summit today. There are innovations and improvements in almost all areas of the system on a chip. The following table provides an initial overview of the features of the Snapdragon 888 compared to the Snapdragon 865.

Qualcomm switches to manufacturing in 5 nm

With the Snapdragon 888, Qualcomm is making the switch to 5 nm production, which is currently used by Apple in the A14 Bionic and the Kirin 9000 from HiSilicon, among others. After the Snapdragon 865 (N7P) and the Snapdragon 855 (N7) were manufactured at TSMC, the foundry chose Samsung this time and thus 5LPE. The production level 5LPE should not offer such big bonuses as N5 at TSMC, but should be compatible with 7 nm production. There are no details on the number of transistors, although even without a number it can be assumed that there have been more for several reasons – more on this in the course of the article.

Nowadays, a system on a chip is much more than just the CPU and GPU on one package, but the Snapdragon 888 in particular is an important innovation that should significantly increase the single-core performance. Qualcomm is the first provider to use the Cortex-X1 developed as part of the Cortex-X Custom Program (CXC) for the Prime-Core, which ARM presented in the spring parallel to the Cortex-A78. In the Snapdragon 888, the Cortex-X1 is used in a configuration with up to 2.84 GHz and 1 MB L2 cache as part of the CPU named Kryo 680. In the Snapdragon 865, the Prime-Core was still a Cortex-A77 clocked “only” 420 MHz higher with twice the L2 cache. The new Cortex-X1 is much more than that.

50 percent larger than the Cortex-A78

The Cortex-X1 is a high-performance variant of the Cortex-A78 and takes up 50 percent more space than this one in the SoC. In addition to the twice as large L2 cache (1 MB), changes have been made, such as the ability to retrieve five instead of four instructions from the L1 instruction cache and eight instead of six from the micro-op cache. There are four of the 128-bit NEON pipelines instead of two in the Cortex-A78, and ARM also has the “L0 Branch Target Buffer” (BTB) from 48 to 96 entries, and the Micro-Op cache from 1,536 to 3,072 Entries, the out-of-order window from 160 to 224 entries and the “L2 Load Target Buffer” (LTB) increased by 66 percent to 2,048 entries for the Cortex-X1.

Qualcomm itself names a performance increase of 25 percent and an efficiency gain of 25 percent for the entire Kryo 680 CPU with eight cores again. The Snapdragon 888 of the new Cortex-A78 offers three cores, each with up to 2.4 GHz and 512 KB L2 cache. The prime core and the performance cores are followed by four Cortex-A55 as efficiency cores with up to 1.8 GHz and 128 KB L2 cache each. Qualcomm provides the eight cores with an L3 cache of 4 MB again, while ARM would have allowed up to 8 MB in the configuration with Cortex-X1. In addition, the Snapdragon 888 again has 3 MB system cache on board.

Memory controller for LPDDR5 and LPDDR4X

The memory issue continues with the memory controller for main memory, where faster LPDDR5 memory of up to 3,200 MHz can now be used instead of a maximum of 2,750 MHz previously. As Qualcomm let us know when asked, a four-by-16-bit quad-channel interface is used again. Interestingly, Qualcomm continues to stick to the option on LPDDR4X, which with LPDDR4X of up to 2,133 MHz corresponds to the specifications of the Snapdragon 865. Smartphone manufacturers can therefore continue to use the somewhat cheaper older standard.

If you look at the GPU, the Adreno 660 is now used as the successor to the Adreno 650. Qualcomm is hiding here exactly which measures have led to the promised increase in performance of 35 percent and 20 percent better efficiency. The maximum clock rate of the GPU or how many shader clusters it has remains under lock and key as ever. However, it can be assumed that Qualcomm has expanded again instead of massively increasing the clock rates.

With the Adreno 660, Qualcomm supports “Variable Rate Shading” (VRS) on a mobile GPU for the first time. If this feature is used in a game, a further increase in performance of up to 30 percent should be possible. On the Adreno 660, VRS allows the shader program to combine pixels in groups of two or four and thus render the image output in different areas with different quality. Where, for example, a reduced quality would not be visible in dark or same-colored areas anyway, less computing power is “wasted” on these segments and instead put into other areas of the image or saved entirely. In this way, the quality can be increased in the clearly visible areas or the overall performance or efficiency can be increased – depending on the implementation in the game.

Another new feature for the Adreno 660 is “Game Quick Touch”, as Qualcomm calls a technology for reducing touch latency that runs automatically in the background and is compatible with every game. The feature is intended to prevent a title from missing its Vsync deadline when there is a high computing effort in order to output a new frame synchronously with the refresh rate of the display. This missed frame can lead to a touch input being registered with a latency by the smartphone. At 60 FPS, “Game Quick Touch” should reduce latency by up to 20 percent, at 90 FPS by up to 15 percent and at 120 FPS by up to 10 percent.

These were the details of the news Qulacomm Snapdragon 888 im Detail for this day. We hope that we have succeeded by giving you the full details and information. To follow all our news, you can subscribe to the alerts system or to one of our different systems to provide you with all that is new.