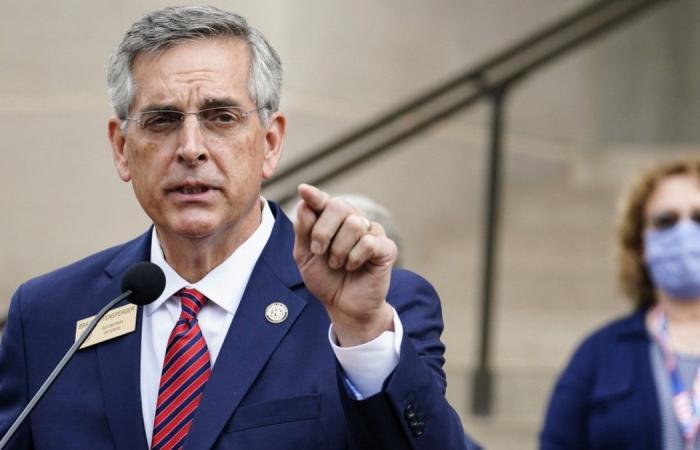 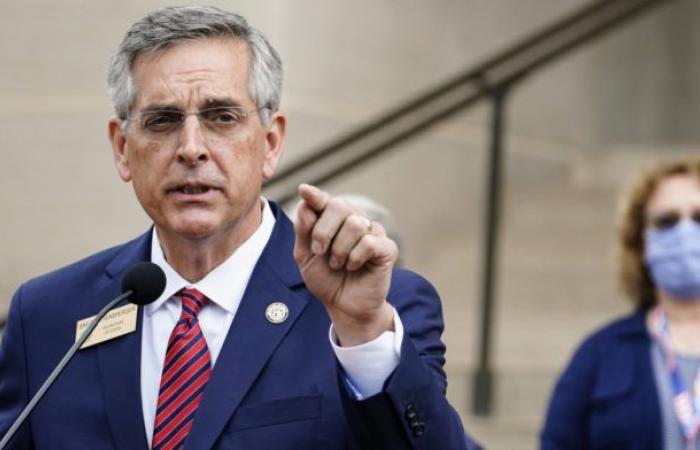 The Republican Brad Raffensperger is more of a balancing act. Which these days is apparently a downright vital quality. As Secretary of State, he is the elected election overseer for the state of Georgia. The race there was close. Joe Biden leads incumbent Donald Trump with only 14,000 votes after the initial count. That’s why the five million or so votes are being counted again by hand. The result should be available by Friday. So far there is no indication that anything will change in the outcome. Biden wins Georgia and 16 additional votes for Electoral College.

In a normal presidential election, that would be the end of the story. Especially since Biden has already won the election even without Georgia. But this is an election with Donald Trump’s participation. And he and his supporters are apparently not at all satisfied with the outcome in the former Republican bastion of Georgia.

What bizarre consequences this has, Raffensperger revealed on Monday to the Washington Post. He received threats, especially from Republicans. A message to him read: “You shouldn’t screw up this recount. Your life depends on it.” Trump repeatedly casts doubt on the legality of the recount on Twitter without any basis. He calls it “fake” because it is said that his people are not allowed to check the signatures of postal voters. In a tweet he calls Raffensperger a “so-called republican”.

Trump has sent a watch dog to Georgia with Republican Congressman Doug Collins. He has not been able to turn Trump’s defeat so far. The relationship between Collins and Raffensperger is disturbed. Raffensperger calls the Trump envoy a “liar” and a “charlatan”. Collins on the other hand holds Raffensperger “incompetence” before. He “capitulated” to the Democrats.

Anyone in Georgia who votes by postal vote must leave their signature on one of the envelopes required for this. This is compared with the signature that is deposited with the authorities. This ensures that the vote comes from a person entitled to vote. But sometimes the signatures don’t match. The voters in Georgia can then prove their identity afterwards. Trump thinks this is at least unconstitutional.

The Trump camp’s demand so far has been: every legal vote must be counted. Raffensperger now reports that he has been asked to also reject legal votes. He spoke on the phone with Trump-loyal Senator Lindsey Graham from South Carolina last Friday. He had asked him whether it was not in Raffensperger’s power to discard all postal ballot papers in electoral districts in which there were an excessive number of signatures that could not be clearly assigned. When asked about it, Graham called the allegation “ridiculous”.

An overwhelming majority of postal voters in Georgia also voted for Joe Biden. Which is why Trump and his people apparently seek their salvation in having as many postal votes as possible declared invalid. On Friday, Trump’s attorneys in Atlanta filed a lawsuit seeking to postpone certification of the election until all signatures have been matched.

Trump’s attempt to attack the Georgia election does not end with his criticism of the handling of signatures. He now also questions the counting software.

In Georgia – as in 27 other states – software from the Canadian company Dominion is used. So far, two irregularities have been documented in this election: In Michigan, a responsible person in a constituency failed to install an update for the software. In Georgia, 2,600 votes were found on a memory stick, which apparently were not transmitted.

For Trump’s attorney Rudy Giuliani, this is sufficient evidence to spread wild conspiracy tales about the Dominion company. Dominion is in the hands of “radical leftists” with close contacts to the Antifa, Venezuela and China, he said on Sunday. The company denied the allegations.

Brad Raffensperger warned against attacking the voting software now. They will soon be urgently needed when there are two runoff elections for Georgia’s two seats in the US Senate on January 5th. “People could throw up their arms and say, ‘Why vote?'”, Fears Raffensperger. Which is more likely to hurt the Republican candidates.

*The article has been translated based on the content of Source link by https://www.sueddeutsche.de/politik/us-wahl-georgia-trump-1.5117662
. If there is any problem regarding the content, copyright, please leave a report below the article. We will try to process as quickly as possible to protect the rights of the author. Thank you very much!

These were the details of the news US election: Trump instigates guerrilla warfare in Georgia – politics for this day. We hope that we have succeeded by giving you the full details and information. To follow all our news, you can subscribe to the alerts system or to one of our different systems to provide you with all that is new.