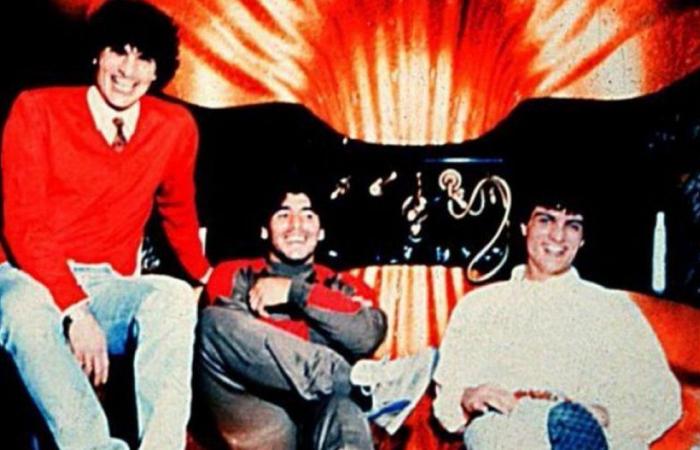 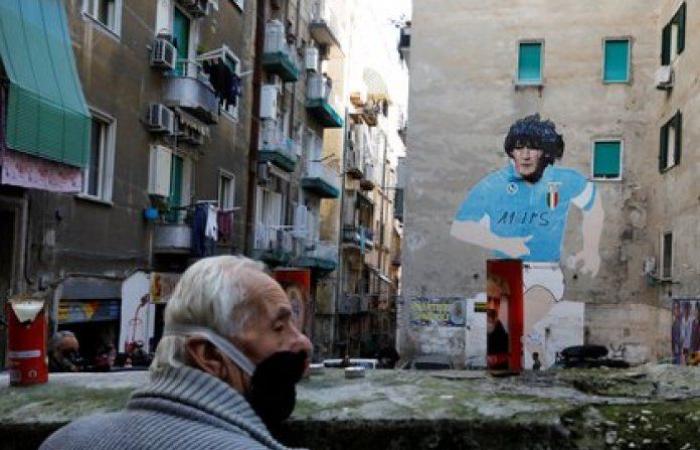 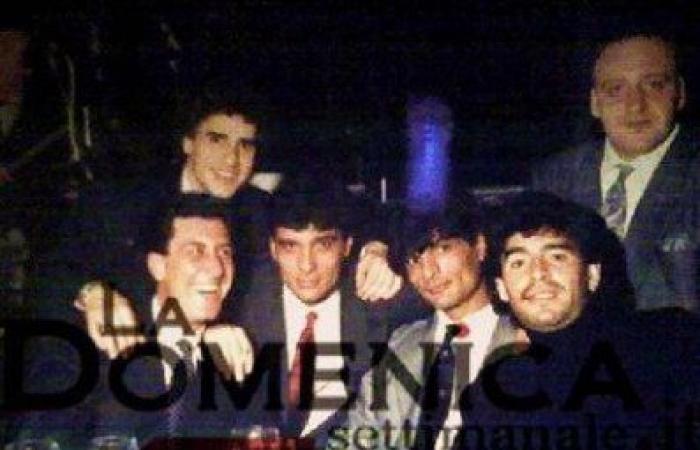 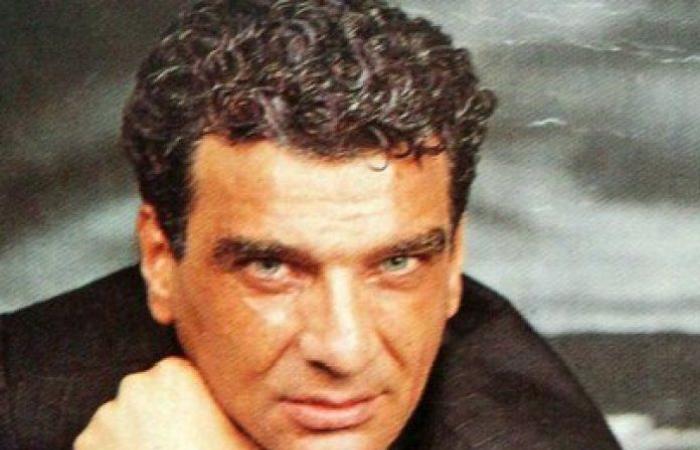 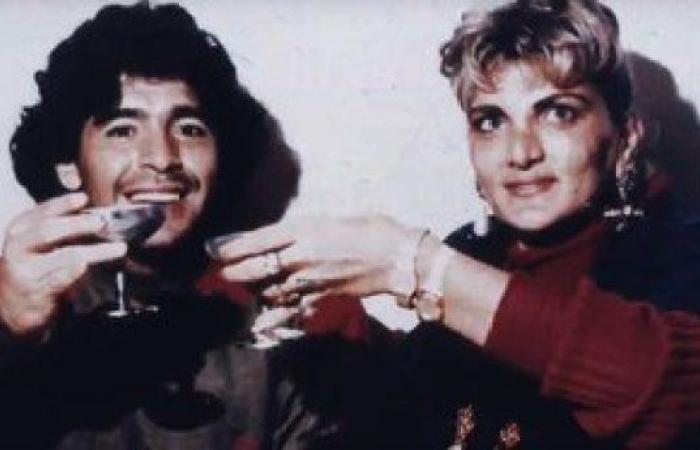 Diego Maradona became an almost mythical figure in Naples, where he brought joy to an impoverished city ravaged by bloody conflicts between the different clans of the powerful Camorra, the Neapolitan mafia, that the greatest footballer of all time got to know very well.

In fact, in 1984, the signing by a club like the Naples, heavily in debt and finishing eleventh the previous season, quickly raised suspicions that part of the $ 10.48 million that the entity paid for the player’s pass, a record at that time, it came from the pockets of the Neapolitan mafia.

The first question at the press conference to introduce Maradona was from a journalist who questioned a confused Diego if he knew the “influence of the camorra in football”, which led to the club owner, Corrado Ferlaino, to immediately expel the reporter.

It was Maradona’s first contact with that world. The relationship soon deepened at the hands of the Giuliano clan, the family Camorra that dominated for decades Fork, a neighborhood of dark alleys in the center of Naples.

“As my family had the power to move things around a bit, one day my uncle got in touch with a brave barra and together they organized Diego’s arrival in Forcella”, counted in 2019 Luigi Giuliano, nephew of the mob boss Carmine Giuliano, known as ‘or lyon (the lion). “My uncle Carmine played soccer, so he was a great fan from Napoli. At that time Maradona was here, so there were really special moments in the city “said the man, a repentant brawler, in the middle Voice Of Naples. 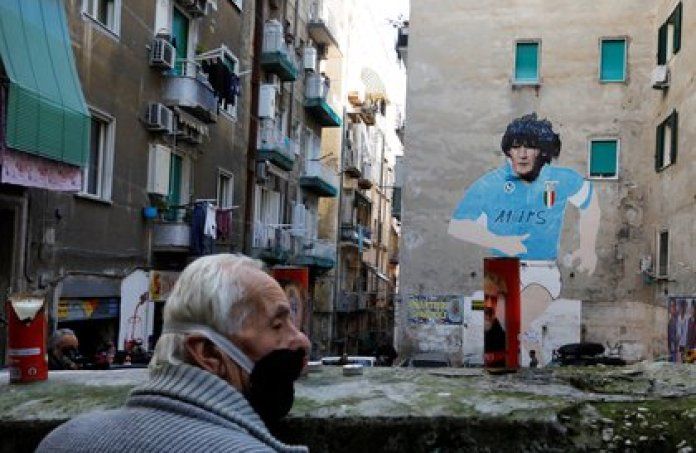 A mural by Maradona in the Forcella neighborhood. (REUTERS / Ciro De Luca)

According to Luigi Giuliano, however, Maradona did not go to Forcella for drugs but to have fun, to spend time with friends. He played soccer, talked to everyone, was the guest of honor at every party, and even participated in weddings and family celebrations. “I think Diego had not wondered at all if it was okay or not to hang out with a rowdy, with someone who was wanted by justice,” he declared. “He was like that, he was a person who did not deny himself to anyone. And those were parties with people who adored him “.

Between champagne, drugs and women —The drug trafficking and exploitation of prostitution were (are) businesses controlled by the Camorra— Maradona became closer and closer to that environment. For these gangsters, showing off the friendship of the best player in the world was a way to show their power.

“I would go out and meet people who asked me to take a picture with me. And I cannot ask for the identity document of everyone with whom I took a photo. Later it appeared in the newspapers that someone was a brawler ”, said “el Diez” in an interview in 2017 with the Channel 5 Italian. Although, he clarified, “I never, never asked the Camorra for anything, they gave me the security of knowing that nothing would happen to my two daughters.”

“The problem”, added, “Is that once you trust the Camorra, you become their property”. Maradona’s relationship with the gangsters was an open secret in Naples. It became public knowledge after, in some raids carried out in the houses of the Giuliano, they were seized several photos of the Argentine star along with several rowdy bosses. The images were released months after the raid, a sign of the protection that Maradona enjoyed in the upper echelons of Italian power at the height of his popularity.

Some of those photos, like Maradona’s in a bathtub shaped like a seashell with Carmine and Raffaele Giuliano, they went around the world and they began to overshadow the figure of the footballer in Italy. Once again, the eternal rift between Naples and the rest of the country returned.

The photos also marked a break in between the Argentine champion and the Neapolitan mafia.

“The paradox is that the relationship between Maradona and the Giuliano also caused a problem for the Camorra, which did not like to operate under the eyes of everyone. They began to feel the breath of the researchers on the back of their heads and for that reason they left him alone, they let him sink “, said a journalist in the documentary by Asif Kapadia Diego Maradona, probably the best portrait of the Neapolitan years of the Argentine genius.

Maradona with brawlers like Carmine “‘or Lione” and Raffaele “‘ or Ziu” Giuliano. Also featured are Luigi Giuliano called “Giggino ‘e Zecchetella” and Enzo Guida, another notorious mobster from Naples

Those who fell on Maradona shortly after –an investigation for drug possession Y positivity for cocaine in an anti-doping control after the 1990 World Cup, which took him away from the courts for a year and a half — he fueled suspicions. Probably, some say, Diego’s figure had become too uncomfortable: not only for the Camorra, but for everyone in the football and for a country that never surpassed the victory of Argentina against the Azzurri in a World Cup that Italians felt theirs.

Rise and fall of the Giuliano

In Naples, talking about the Giuliano is talking about an important part of the history of the Camorra. The family had absolute control of the underworld of Forcella for about twenty years, from the 1980s until the beginning of the new millennium, when it was weakened by the arrests and repentance of its most prominent figures. At present, the third generation of the clan, known as the “paranza dei bambini” (the children’s band) due to the low age of its members, tried to regain control of the neighborhood. Most were arrested and convicted in a trial that ended in 2019.

The power of the Giuliano began to emerge after the Second World War with the cigarette smuggling handled by the family patriarch Pio Vittorio Giuliano. In the 1980s, the criminal group increased its influence under the leadership of Luigi, the eldest of Pio’s 11 children, known by the nickname of ‘o re, the king.

Blue-eyed and cold-eyed, fierce and determined against his enemies, Luigi led the clan to lead the New Family, a criminal alliance that waged a ruthless war against another group called New Organized Camorra, lead by Raffaele Cutolo, another famous rowdy kingpin. That war bloodied the streets of Naples in the same years that Maradona was winning badges with the city club and it marked the beginning of a dominance that would last until the end of the 1990s.

Along with Luigi, the other clan leaders were his brothers William (‘o stuorto, the crooked), Salvatore (’or sheep, the lamb), Carmine (‘or lyon, the lion), Raffaele (‘o zui, the little bird). The only one who separated from the family was Nuncio after the death of his son by overdose. Nunzio was assassinated in 2005, while the rest of the brothers, starting with Chief Luigi ‘o re, they became repentant and began to collaborate with justice. The exception was Carmine ‘o lyon, who was married to the daughter of another powerful rowdy boss and died of throat cancer in 2004. File photo of the rowdy boss Carmine Giuliano the day of his arrest after several years on the run. (AP / Franco Castano ‘).

The sisters were also actively involved in the family’s criminal activity. One of them, Erminia, known as Celeste by the color of his eyes, He went on to lead the clan after Luigi’s arrest in 2000 and came to integrate the list of the 30 most dangerous criminals in Italy. She was arrested a few months after the brother.

The brutality of the family can be summed up in a story: In 1993 the Giuliano entrusted Nicola Gatti, a trusted young man of the group, with the task of protecting Gemma and Milena, the daughters of Erminia and her husband, the also rowdy Giuseppe Roberti. But the 18-year-old boy exceeded the task and began to maintain relationships with both girls. Shortly after it disappeared. His body was never found and it was not until 2010, thanks to the revelations of some repentant, that his end was known: he was taken for a ride in a motor boat and, far from the coast, he was hit on the head with a club. Stunned, he was tied to an anchor and thrown into the sea.

This was Napoli’s exciting farewell to Diego Maradona

Maradona’s treasures: who has the last shirt he wore in Napoli, the hidden museum in Italy and the unpublished archive that was hidden for three decades

These were the details of the news How the Neapolitan Camorra used Diego Maradona and what happened to the Giuliano clan for this day. We hope that we have succeeded by giving you the full details and information. To follow all our news, you can subscribe to the alerts system or to one of our different systems to provide you with all that is new.

A new stock of the Sony PlayStation 5 console in Romania... 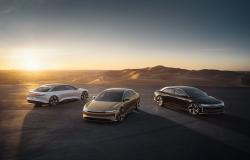