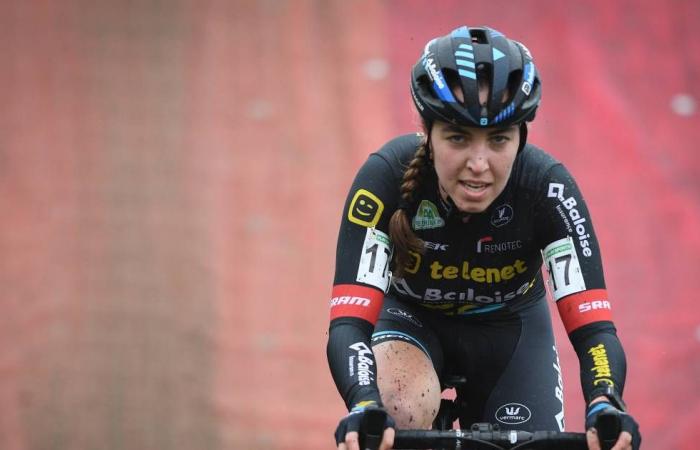 At the Czech World Cup, the first of the season, Van Anrooij (18) took off on the right side of the second row. As a result, she was somewhat compromised at the first right turn. Outside the view of the cameras, a number of riders hit the asphalt, probably after being hooked together. The Zeeland woman scrambled quickly, but held her right arm with a contorted face.

Nys reported that Shirin van Anrooij has her mother with her in the hospital, but that he had never seen such a wound. She would also have lost a lot of blood. Other riders were also taken away by ambulance. “She’s conscious, but I’ve never seen a wound like that,” Nys told Play Sports camera. “She herself also saw that wound, a terrible wound.”

Van Anrooij immediately grabbed her arm after the fall. “It’s an open wound,” said Nys. “Her hip didn’t look good either. She also lost a lot of blood. I heard the news through the family of cyclo-cross rider Lars van der Haar, who said it was serious. I immediately walked there because I was still in the material post. Now she is in hospital with her mother. You do not want to experience this, course is now a side issue. This is really bad. ”

In the meantime, a first check-up followed in the hospital. “Shirin will be operated on tonight on her forearm, which was hit by a piece of a disc brake”, Telenet Baloise Lions says, “she will definitely have to stay in the hospital tonight. This is followed by a check-up in Belgium or the Netherlands as soon as she can return home. We don’t know when that will be yet. ”

There would be no fractures. “At first there was talk of an open bone fracture, but that appears not to be the case in the initial diagnosis. Although a further check-up will have to make more clear. At the moment, it doesn’t look like any muscles or tendons have been seriously damaged. ”

From Aert & co with private jet to Tabor, riders pay for the flight themselves

These were the details of the news Dutch Shirin Van Anrooij hits the disc brake in a fall... for this day. We hope that we have succeeded by giving you the full details and information. To follow all our news, you can subscribe to the alerts system or to one of our different systems to provide you with all that is new.