Thank you for reading the news about EFA confirm Ismaily, Al Masry encounter to go ahead as scheduled and now with the details

Dubai - Yasmine El Tohamy - The Egyptian Football Association (EFA) have decided to go ahead and play the fixture between Ismaily and Al Masry on Friday, August 14 after the Portsaid-based side’s previous game against Haras El-Hodood on Monday was postponed.

Al Masry were hit with a collective infection of COVID-19 after the club had discovered 16 cases in the team just days following their game against Zamalek, which was held on Thursday. The incident caused El-Ashry to interrupt the team’s camp.

“The medical committee of the EFA held further coronavirus tests to 50 of Al Masry team members, where the results showed that below than 10 members are positive to the virus,” an EFA statement read.

“In the light of that, the EFA decided to hold the game between Ismaily and Al Masry on Friday as scheduled.”

The EFA had previously imposed a new rule which cites that a match would be postponed if tests before the game showed 10 or more positive coronavirus cases in a single team.

These were the details of the news EFA confirm Ismaily, Al Masry encounter to go ahead as scheduled for this day. We hope that we have succeeded by giving you the full details and information. To follow all our news, you can subscribe to the alerts system or to one of our different systems to provide you with all that is new. 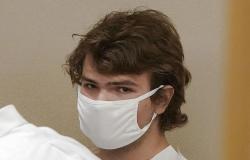