Saudi Arabia enters the line..a deal with Poland to undermine the... 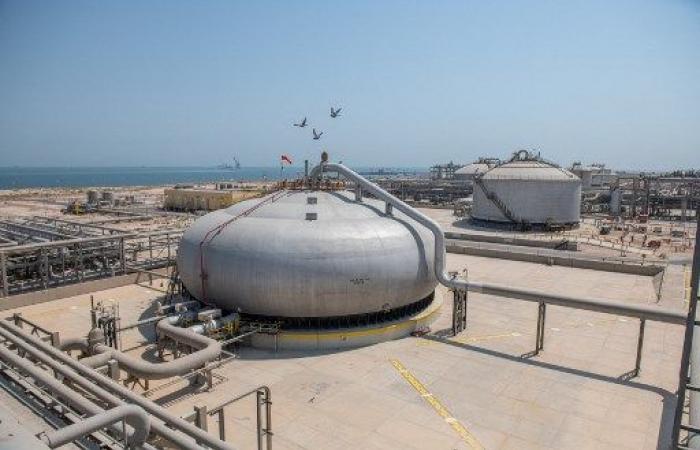 Saudi Arabia plans to buy Polish refining assets, which would make the largest OPEC producer responsible for two-thirds of Polish oil supplies, undermining the influence of the formerly dominant supplier, Russia, according to a Reuters analysis.

Poland has a long history of seeking to reduce its dependence on Russian energy imports through deals with alternative suppliers, and its efforts have increased with the deterioration of relations and the ongoing regional tension.

In recent months, Moscow and Warsaw have clashed over the Nord Stream 2 gas pipeline bypassing neighboring Ukraine, as well as the migrant crisis involving neighboring Belarus.

The dispute between Poland and Russia over oil supplies came to light in early 2021 when Poland was forced to cut off its purchases of oil from Russia due to a dispute over prices between Russia’s Rosneft and Poland’s BKN Orlin.

The giant Saudi state oil company (Aramco) said last Wednesday that it had agreed to buy a 30 percent stake in Poland’s second-largest refinery and increase oil supplies to BKN Orlin, the state energy company’s largest, to 200,000 to 337,000 barrels per day. .

“We value our trading relationships with both Russian partners and other crude oil suppliers to our refineries,” BKN Orlin said.

It indicated that it does not intend to “stop dealing with Russian partners”, while refusing to disclose the details of commercial contracts.

For its part, Saudi Aramco commented that it “could not provide further details on the deal.”

In contrast, the Russian Energy Ministry, Russian pipeline monopoly Transneft and Rosneft did not respond to Reuters requests for comment.

Poland is one of the major consumers of oil in the Baltic states and BKN Orlin owns stakes in refineries in Lithuania and the Czech Republic, which also buys Russian Urals crude.

The agency found that provided the deal is completed, Aramco will increase its oil supplies to Poland three to five times and may meet between 50 percent and 70 percent of Poland’s crude oil needs.

Katona considered that “Poland’s goal to achieve independence from Russian supplies is primarily a political motive,” adding that “any reduction in spot purchases and in market outlets will harm Russian oil exporters.”

Two sources close to the Saudi agreement said it was of great importance to Poland, but that it was unlikely to have any impact on domestic politics within the OPEC+ group, which includes the Organization of the Petroleum Exporting Countries (OPEC) and other major producers, notably Russia.

One of the sources pointed out that Russia and Saudi Arabia, at a time when the need to support prices through production agreements is united, are accustomed to competing for market shares.

“Anyone can invest anywhere,” said the source close to the deal, who asked not to be identified.

These were the details of the news Saudi Arabia enters the line..a deal with Poland to undermine the... for this day. We hope that we have succeeded by giving you the full details and information. To follow all our news, you can subscribe to the alerts system or to one of our different systems to provide you with all that is new.