In the video.. The moment the Crown Prince of Saudi Arabia... 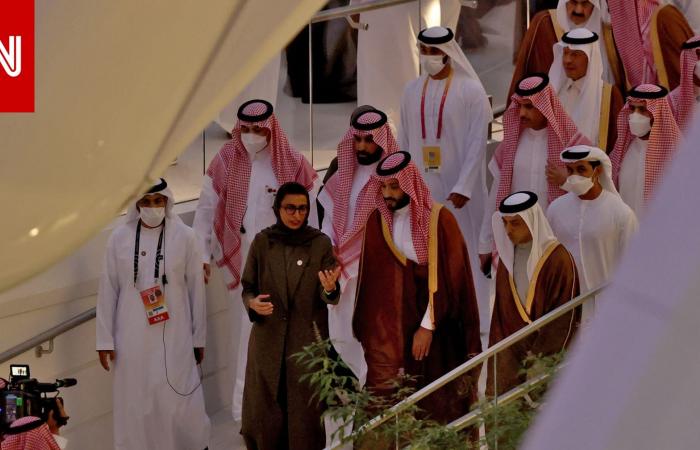 Dubai, United Arab Emirates (CNN) – On Wednesday, Saudi Crown Prince Mohammed bin Salman arrived at the Saudi pavilion at the “Expo Dubai”, where he was welcomed by a number of visitors to the exhibition who gathered on the right and left of the road as it passed.

The official Saudi Al-Ekhbariya channel published the first moments of the Crown Prince’s arrival at the Expo, as he appeared with a number of official escorts while he was about to enter his country’s pavilion at the exhibition.

The voice of visitors was heard welcoming the Crown Prince, as one of them said in a clear voice: “Hay Allah Abu Salman,” while Prince Mohammed bin Salman waved his hand to the visitors on the right and left.

The Saudi Crown Prince will conclude his visit to the UAE, which he started on Tuesday, with a visit to Abu Dhabi from Oman, on Wednesday, heading to the Qatari capital, Doha, on a trip that is the first of its kind for him to this country since the Gulf crisis.

These were the details of the news In the video.. The moment the Crown Prince of Saudi Arabia... for this day. We hope that we have succeeded by giving you the full details and information. To follow all our news, you can subscribe to the alerts system or to one of our different systems to provide you with all that is new.