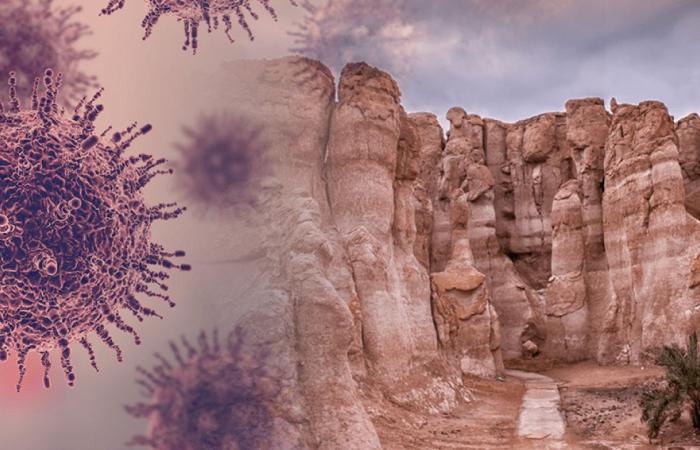 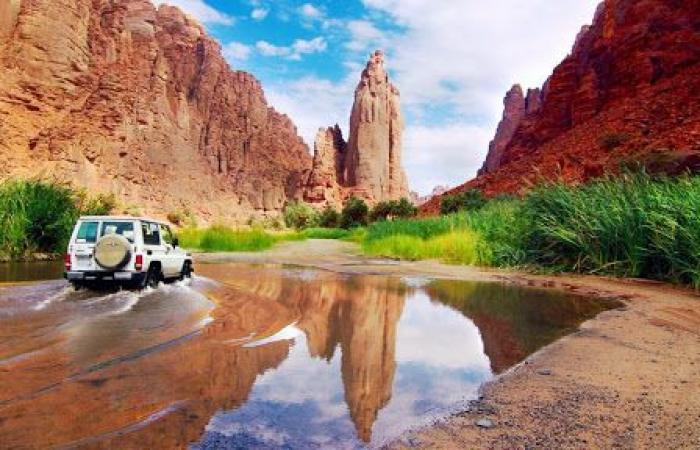 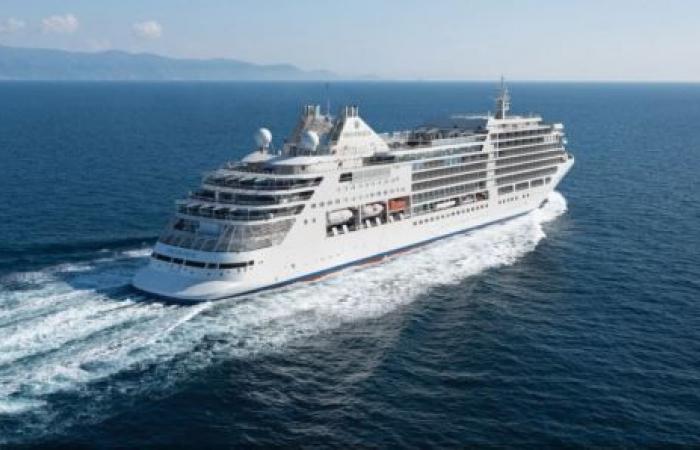 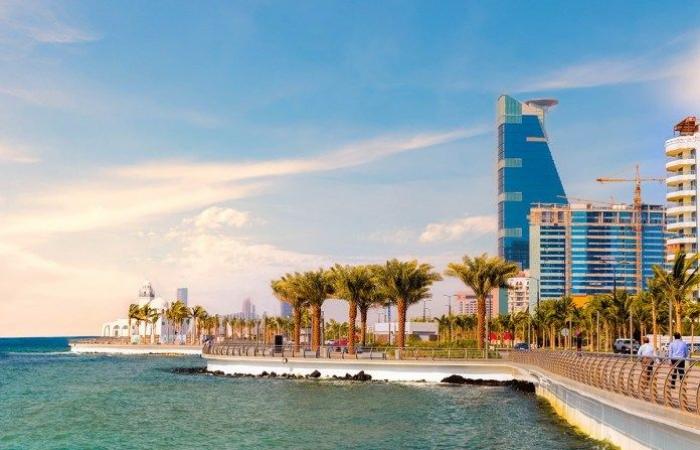 What are the most prominent Saudi plans to support domestic tourism?

Launching a tourism development fund worth $ 4 billion and concluding agreements of understanding with local banks to finance tourism projects and lend them about $ 40 billion.

An internal survey revealed that 81% of Saudis want domestic tourism.

What did the “Wall Street Journal” say about tourism in Saudi Arabia?

There is a great neglect of a number of tourist places.

It was natural for Saudi Arabia, like the rest of the world, to be affected by the closure due to the repercussions of the new Corona virus To resort to supporting domestic tourism and encouraging citizens to discover tourist areas in their country, which is an important step to compensate for the losses that stopped the flow of tourists and visitors to the Kingdom, especially pilgrims.

The Saudis spend a lot on foreign tourism, especially in the summer, which is considered the season of tourism and summer outside the Kingdom, Europe has a large share of it, but this year they were forced to flock more to their internal tourist areas, to be surprised by the weakness in their infrastructure, according to a recent report by the newspaper “Wall.” Street Journal.

Since the beginning of this year, Saudi Arabia gave the starting signal for its tourism renaissance when it decided to transform the General Authority for Tourism and National Heritage into the Ministry of Tourism, which in turn established the Saudi Tourism Authority, and was tasked with the tasks of promoting Saudi tourism within the Kingdom (domestic tourism) and in foreign markets.

Saudi Arabia is implementing plans to try to build and upgrade tourism skills, in order to help accommodate the expected growth in the number of visitors. These include the great diversity in the type of tourism products and services, the establishment of a number of major Saudi universities and specialized colleges for tourism, as well as the establishment of mega projects such as: “Neom”, “Red Sea”, “Qudiya” and “Al-Ula”.

The Saudi Tourism Authority had launched the Saudi Summer Season “Breathe”, from June 25 to September 30, 2020, for Saudis and residents to enjoy discovering Saudi nature and climate diversity, and to learn about the country’s history and culture in ten tourist destinations.

Earlier, the authority published the results of opinion polls, which revealed that 81% of Saudis want domestic tourism, and on the reason, the survey revealed that 38% see it as safer for the family, and 29% want to see the beautiful landscapes that characterize Saudi Arabia.

The results of the survey showed a significant impact of the Corona pandemic on the destinations of Saudi tourists. As 80% would avoid traveling to Europe and Asia, and 57% expressed concern about traveling by plane.

The tourist destinations for the Saudi summer season are distributed around the Kingdom, covering most of the tourist attractions.

The most prominent tourist attractions start from the city of Tabuk in the far north, and include fertile valleys, sandy areas and the wonders of rock formations, passing through the beaches of the cities of Amlaj and Yanbu, then King Abdullah Economic City with its picturesque beach and its activities and entertainment activities.

The city of Jeddah also stands out for its history and attractiveness, ascent through the Sarawat mountain range on the way to Taif, the Arab resort, dense forests, cold climates and historical villages in Al-Baha, to the heights of Asir and the peaks of the mountains of the city of Abha, known for its heritage, culture and arts. 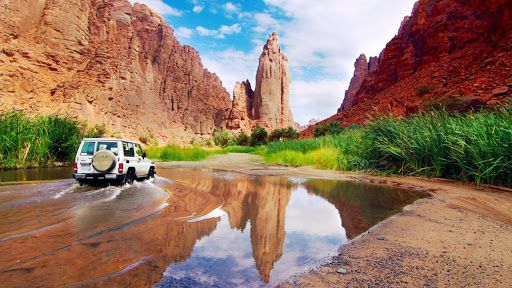 The historic city of Al-Ula is also famous for several distinct places that tourists are keen to visit, and annually there are at least 30,000 tourists from inside and outside Saudi Arabia, according to the statistics of the Saudi Commission for Tourism and Antiquities in the Kingdom.

Mada’in Saleh, previously known as “Dar Al Hajar”, is the most prominent tourist attraction in the region.

The Saudi Tourism Development Authority has sought to spread momentum in domestic tourism through initiatives such as “Saudi Summer”, which has achieved good numbers despite the continuation of preventive measures to confront the Corona epidemic.

The demand for domestic tourism, including cruise ships, witnessed a significant increase.

Last August, the “Silver Spirit” or “Silver Spirit” ship began offering voyages off the coast along hundreds of kilometers in an area the Kingdom hopes to turn into a global tourism site and an investment attraction center as part of an ambitious plan to diversify the oil-dependent economy.

The luxury ship, which was chartered for two months by a company owned by the Saudi Public Investment Fund, provides a window to view projects worth billions of dollars that the Kingdom is developing on the Red Sea coast despite austerity measures.

According to Agence France-Presse, Tourism Minister Ahmed Al-Khatib said in an interview on board the ship: “We define the Red Sea to the world and highlight its value.”

During a four-day cruise, the ship sailed near huge development projects, including the “Red Sea” project, which aims to convert dozens of islands and a group of mountain sites on the Red Sea coast into luxurious tourist resorts.

For a few hours, the ship anchored on two islands, between them, Sendala, which are part of the NEOM project, the huge area slated to be built at a cost of $ 500 billion along the Red Sea coast and in areas in Jordan and Egypt.

A number of well-known social media account holders were invited to take part in the full-cost paid trip, during which they took pictures on the white sandy beaches.

The kingdom presented the luxurious ship for the first time. And the prices of the trip on the boat start from 6000 riyals (1600 dollars), and it seems that it aims to attract wealthy tourists from inside Saudi Arabia, with the suspension of travel due to the virus.

The cruise offers spacious suites as well as a personal butler service. 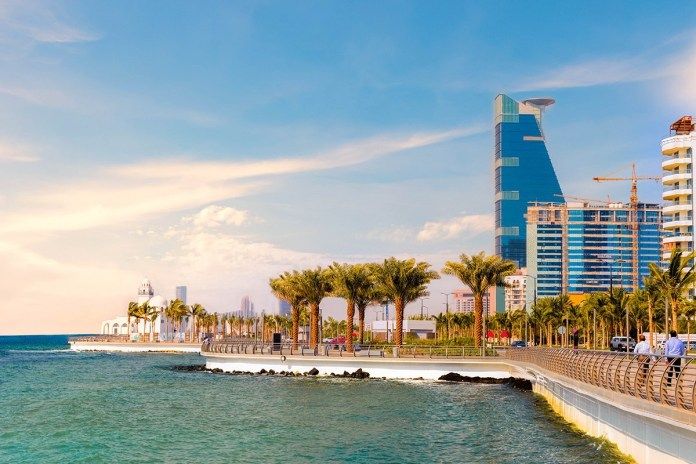 However, the “Wall Street Journal” said in a report published Thursday (October 8) that the “Corona” virus revealed the truth about the bad situation of Saudi tourism, and the great neglect that affected a number of tourist places in the country.

She added that the exceptional circumstances of Corona prompted thousands of Saudis to resort to domestic tourism on the Red Sea coast, to discover a bitter reality, despite the tourism projects launched by the Kingdom of billions of dollars.

According to the newspaper, “Hajj has been the only important tourism in the kingdom for a long time, and some visitors were allowed to return to the religious shrines last month (August), thanks to the easing of the rules.”

According to the newspaper, Saudi Arabia’s move to launch domestic tourism “revealed the shortcomings of the Kingdom’s tourism infrastructure, as hotels and restaurants are insufficient and do not comply with international standards, the country also lacks public transportation, and there are only a few stops on the highways between cities. Forget the exorbitant prices, which were another challenge. ”

And she continued, “It was difficult to reach the untouched beaches and green mountain paths, or the frequenters found them so full of rubbish that some Western tourists decided to collect the garbage after leaving the water.”

These were the details of the news Domestic tourism is active in Saudi Arabia … and “Corona” reveals... for this day. We hope that we have succeeded by giving you the full details and information. To follow all our news, you can subscribe to the alerts system or to one of our different systems to provide you with all that is new.