The Russian Ministry of Defense: The naval fleets will conduct a... 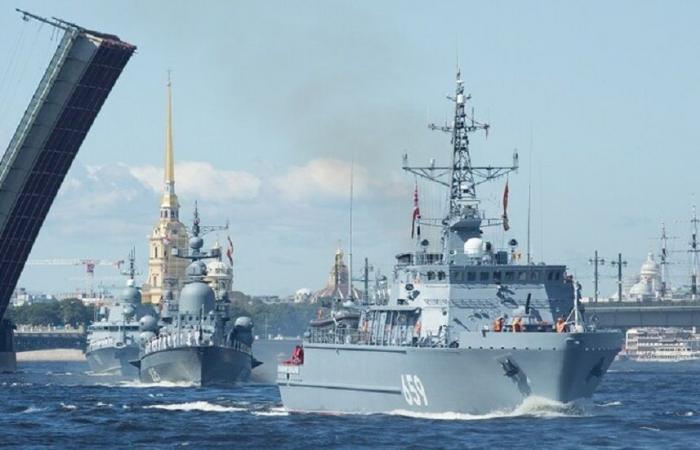 The Russian Defense Ministry announced today, Thursday, that the Russian Navy will conduct a series of massive exercises during the months of January and February in all areas under the responsibility of the Russian fleets.

The Ministry of Defense said that “the Russian Navy will conduct a series of exercises in all areas of responsibility of the fleets. According to the training plan of the Armed Forces of the Russian Federation for 2022, in January and February, under the general supervision of the Commander-in-Chief of the Navy, Admiral Nikolai Evminov.

According to the Ministry of Defense, about 10,000 soldiers, 140 warships and support ships, more than 60 aircraft, and 1,000 units of military equipment will participate in the exercises.

The ministry said in a statement that the exercises will focus mainly on the work of the naval and space forces to protect Russian interests in the oceans, as well as to confront the military threats to the Russian Federation in the seas and oceans.

The ministry also confirmed that the exercises will include areas of sea waters adjacent to the Russian territory, and areas of importance in the global ocean, and will conduct separate exercises in the waters of the Mediterranean, the North, the Sea of ​​Okhotsk, the northeastern part of the Atlantic Ocean and in the Pacific Ocean.

These were the details of the news The Russian Ministry of Defense: The naval fleets will conduct a... for this day. We hope that we have succeeded by giving you the full details and information. To follow all our news, you can subscribe to the alerts system or to one of our different systems to provide you with all that is new.