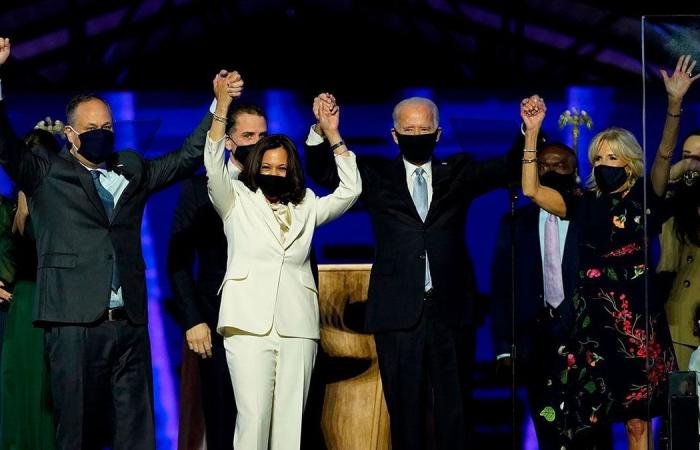 According to the Biden team’s brochure, Duden volunteered for the Biden Harris transition team, and served as the Democratic Senate deputy, Richard Durbin, as his advisor.

She also served as Research Director and Assistant for the Dorian Judicial Subcommittee on Human Rights and Law.

Dodin has also served as a volunteer voter protection advisor on a number of campaigns, including the “Obama for America” ​​campaign.

Rima is the co-author of a primer on US House and Senate procedures at the Brookings Institution, and is a graduate of the University of California at Berkeley and the University of Illinois at Urbana-Champaign.

“America Today” quoted Durbin as saying: “Reema started as a trainee in law school in my office 14 years ago, and has grown into one of the most respected employees at Hill.”

“They are smart, reliable and have the respect of our members and employees,” he added.

The Dudin family comes from the village of “Dura”, in the Hebron district in the southern West Bank, and there are a large number of them in Jordan, and they hold Jordanian passports.

Biden continues his preparations for the formal takeover of power on January 20. On Monday, he announced a series of appointments in his next government, foremost of which is Anthony Blinken’s nomination to take over the State Department and other veterans of former President Barack Obama’s administration.

These were the details of the news Who is the Jordanian Rima Dudin appointed by Biden in his... for this day. We hope that we have succeeded by giving you the full details and information. To follow all our news, you can subscribe to the alerts system or to one of our different systems to provide you with all that is new.