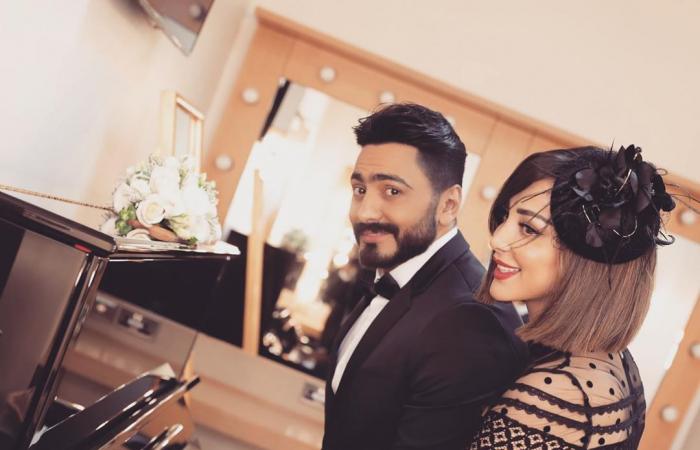 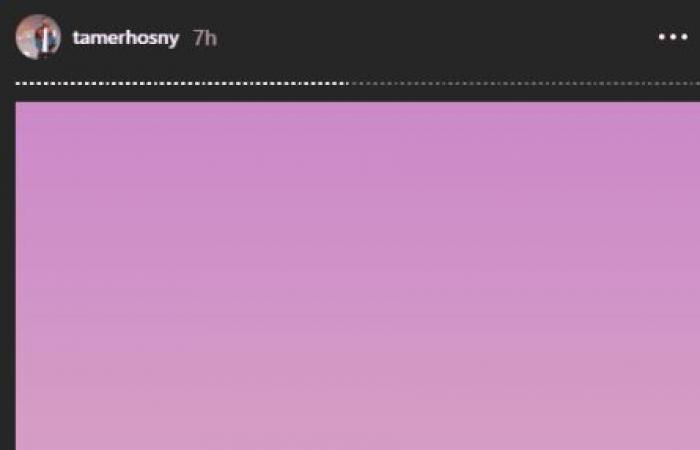 The Mu’tazila artist Basma Bousil published a statement of her separation from her husband, singer Tamer Hosni, and began preparing divorce papers, half an hour after deleting it. She also canceled his follow-up account on Instagram, and Tamer responded by canceling the follow-up of his wife’s personal account, but he still follows the accounts of her companies specialized in the world Beauty and fashion, and the pioneers of social networking sites shared several photos of Tamer with beautiful female fans and a video clip from a private party held yesterday, and it was reported that they were the reason for Basma’s anger and the request for divorce.

Basma Bousil published the news of her separation from Tamer Hosni through the Alasturi feature on her Instagram account, then she deleted it, indicating that there is mediation between the two parties to keep family disputes confidential, but she returned and published the news in the same formulation as the first and said: To all the people who followed me pictures and videos of Tamer and see that he I don’t respect me, whether in pictures or videos. I wish you would stop doing anything, so I don’t leave any pictures.

She added, “I would also like to know you if we said for a separate period and to prepare the divorce papers.”

And she concluded: If you please, respect the feelings of everyone in us, and at least they are heroic.

Basma canceled the follow-up on the official account of Tamer Hosni, and Tamer responded with the same procedure, with the increasing participation of some of the pioneers of social networking sites of pictures of Tamer Hosni gathering some beautiful women, and it was said that the pictures were taken at a special ceremony to celebrate the success of the album “Khalik Foulady”. A video clip of the same party shows Tamer mediating the fans and singing with them in great harmony.

Tamer had previously confessed with jealousy Basma Bousil, an intense fan, but denied her suspicion of his betrayal of her, and said in his interview with Issad Younes for the “Her Excellency” program, sometimes her mind is very small and she sits scrutinizing the pictures and tells me you are a strange lion for this girl. Some fans attend parties, and she has a steel memory.

Sometimes Tamer emphasized that she would remain in a dose of severe distress, and it would take long days before things broke out, and Tamer sarcastically said: Sometimes I enter her, I say her, I am working for us. There is a lot of “children of the halal”, and the rumors are also merciless.

To see the most beautiful pictures of celebrities, visit Instagram Madam

These were the details of the news Basma Bousil confirms her separation from Tamer Hosni and the “fans”,... for this day. We hope that we have succeeded by giving you the full details and information. To follow all our news, you can subscribe to the alerts system or to one of our different systems to provide you with all that is new.