Nightly event | A statement of Corona deaths and injuries... 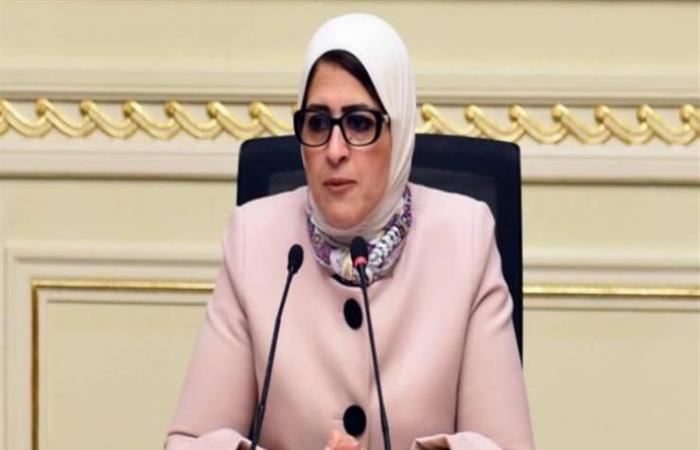 Yesterday night, and until the early hours of this morning, Sunday morning witnessed many important events on the local and international levels, the most prominent of which were the following:

The Ministry of Health and Population announced, on Saturday, that 99 people recovering from the Coronavirus have been discharged from hospitals, after receiving the necessary medical care and recovery according to the guidelines of the World Health Organization, bringing the total of those recovering from the virus to 99,452 cases until today.

A real wedding … Speaker of the Senate: We are keen to give an honorable image to Egypt

Counselor Abdel-Wahab Abdel-Razek, President of the Senate, revealed the details of the inaugural session of the Council and its exit in an honorable way in front of everyone.

For details .. Press here
President of Helwan University: We have 3 suspected cases of Coronavirus, not infection

Dr. Majed Najm, President of Helwan University, said that what was reported in the media regarding the presence of new cases of the new Corona virus, “Covid 19”, inside the university is inaccurate.

Exclusive … New details about the detention of Egyptians in Ethiopia

One of the Egyptians detained in Ethiopia revealed the details of their detention at Bole International Airport in Addis Ababa, the Ethiopian capital, and their stay at the airport for a period before the Egyptian consul intervened in Ethiopia.

The Ministry of Education and Technical Education announced the extension of the payment period for the second installment of financial dues to parents of private and international schools for the current academic year until February 1.

The former advisor to US President Trump, Dr. Walid Fares, said that the new US president, expected to be elected within days, will have a foreign policy that will affect the entire globe, noting that the first prospects for the new president are the Arabs who closely follow the electoral process, whether Trump’s allies or opponents.

For details .. Press here
Macron: The Islamic civilization has achieved much for France, and we are not against Islam

French President Emmanuel Macron said that, contrary to much of what he had heard and seen on social media in recent days, France had no problem with any religion, and all of these religions were freely practiced on its soil.

Corona in the Arab world: a remarkable decrease in the curve of injuries … and a country close to 11,000 deaths

A day after recording a record number of more than 20 thousand infections, the curve of new infections of the Corona virus in the Arab countries witnessed a remarkable decline yesterday, Saturday, after 16,592 new infections were infected, with the total reaching two million 171 thousand and 33 confirmed infections, according to a university index. Johns Hopkins of America.
For details .. Press here
South Korea records 124 new cases of Coronavirus

Today, Sunday, the South Korean health authorities announced that 124 new cases of the new Corona virus had been detected during the past 24 hours, bringing the total to 26,635 people.

Portugal imposes a lockdown on 70 percent of the population

Portugal announced on Saturday a partial lockdown to stop the spread of the Corona virus, as the number of cases rose in the country.

Canadian Deputy Prime Minister, Chrystia Freeland, announced that she had tested for Covid-19 on Saturday after receiving a notification from the “Covid Alert” app. She went into self-isolation at home while awaiting test results, Bloomberg News reported.

The German authorities have confirmed the registration of bird flu cases in the states of Mecklenburg-Vorpommern, Schleswig-Holstein and Hamburg, and called for intensifying monitoring of poultry farms, according to a statement by the Ministry of Agriculture.

For details .. Press here
The United Kingdom records more than a million cases of Corona

Coronavirus cases in the United Kingdom have exceeded a million confirmed cases, as Boris Johnson decided to impose a month-long national lockdown across England starting next Thursday, according to Bloomberg News on Saturday.

These were the details of the news Nightly event | A statement of Corona deaths and injuries... for this day. We hope that we have succeeded by giving you the full details and information. To follow all our news, you can subscribe to the alerts system or to one of our different systems to provide you with all that is new.