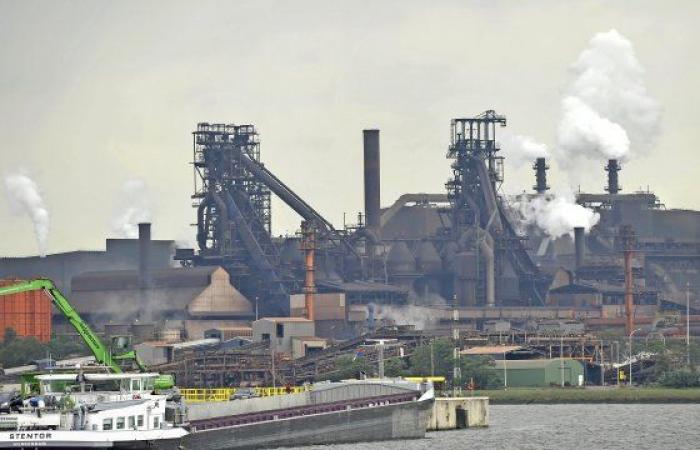 A consortium of Engie, ArcelorMittal and the Flemish government (via PMV) is investing 140 million euros in the port of Ghent to process CO2 from factory chimneys into methanol, a basic raw material for chemistry. ‘It is high time to make chemical processes greener.’

With the North C Methanol project, Flanders scores a world first: it is the first large-scale project of its kind. The aim is to be ready by 2024 and to produce 44,000 tons of methanol in a much more environmentally friendly way than the traditional process.

The initiators calculated that the CO2 emissions in the port of Ghent would thus be reduced by 140,000 tons. That’s peanuts compared to the bigger picture – steel giant ArcelorMittal single-handedly emits nearly 10 million tons – but it’s a start.

“Belgium is in a health crisis, but here we are already working to combat the next crisis – the climate crisis,” says Patrick Lafontaine, the project manager. ‘In the future, not only green electrodes will play a role, but also green molecules. It is high time to make chemical processes greener, ‘says Cedric Osterrieth of the energy group Engie.

Methanol is usually made from natural gas, but the consortium is aiming for green methanol. An electrolysis plant that splits water into oxygen and hydrogen will be built at Engie’s Rodenhuize site.

We are going to conjure up CO2 here.

This hydrogen is processed together with CO2 in a chemical installation into methanol. The CO2 comes from companies such as ArcelorMittal, the biogasoline producer Alco Bio Fuel and the fertilizer giant Yara. ‘We are going to transform CO2 away here,’ says Lafontaine.

Methanol is one of the basic raw materials for chemical products. In Ghent, 350,000 tons of methanol is used at Eastman and the biodiesel producer Bioro (Cargill), on whose site the methanol plant is being built. Methanol also offers potential as a fuel, as an alternative to the polluting diesel in ships and freight trains, among other things.

The capture and reuse of CO2 – Carbon Capture and Usage – is on the rise. In Germany, the chemical company Covestro uses CO2 for the production of mattress materials. A test installation for roof tiles and tiles based on the polluting gas is running in Charleroi. The first CO2-based methanol plant is in use in Iceland, but it only reaches 4,000 tons. In Antwerp work is being done on one of 8,000 tons.

The technological puzzle pieces are known, but it has never been done on this scale.

‘The technological pieces of the puzzle are known, but the capture and reuse of CO2 has never been done on this scale,’ says Lafontaine. The electrolysis plant is six times larger than the one in Fukushima, the largest in the world. It will use a tremendous amount of power: more than 400 gigawatt hours per year, the equivalent of about 100,000 families. It is about green electricity. ‘Via Zeebrugge there is a direct high-voltage connection with the wind farms at sea’, it sounds.

The investment of 140 million euros – including additional pipelines and storage tanks – is the first step in a plan to increase capacity tenfold, by 2030 or 2040. The production of ammonia, formic acid, fatty acids and proteins – for animal feed, for example – is also an option. ‘Research is being done on this in the labs. The choice for green chemistry has been made. We hope to open up a new industry in Ghent. It can quickly tilt, such as with electric cars. ‘

We are now at the till, but we are short of money.

How progressive the plans are, it becomes difficult to make the business profitable. ‘We can sell green methanol for more than gray methanol, but that is not enough to cover the costs. Our plans are ready. We have put all the ingredients in our shopping cart. We are now at the till, but we are running out of money, ‘says Stef Denayer, the Public Affairs Manager.

‘It is still impossible to compete with gray methanol. Who is willing to take the plunge and lose money in the first place? Says Rabaey.

The financing is therefore not yet complete. Who puts how much money on the table will not be clarified until next year. The consortium is counting on, among other things, the European ETS innovation fund, which supports up to 60 percent of the investment budget for such projects.

These were the details of the news Ghent port scores a green investment of 140 million for this day. We hope that we have succeeded by giving you the full details and information. To follow all our news, you can subscribe to the alerts system or to one of our different systems to provide you with all that is new.