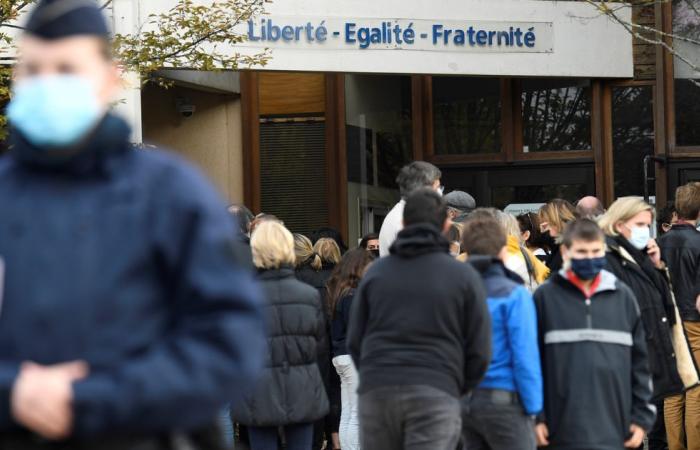 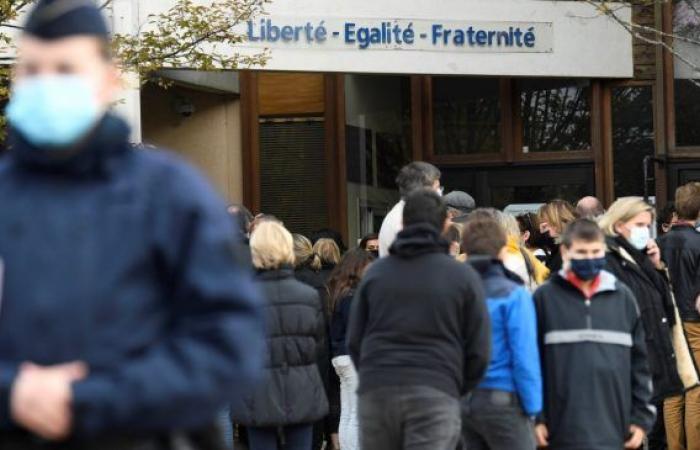 According to Le Monde, Samuel Paty’s assassin would have given money to college students so that they could designate his victim (Photo illustration: October 17 in front of the college in Bois-d’Aulne).

CONFLANS-SAINTE-HONORINE – The assassin of Samuel Paty, history teacher beheaded on Friday in Conflans-Sainte-Honorine (Yvelines) because he had shown caricatures of Muhammad to his students, he benefited from information or upstream complicity, or did he organize this attack on his own? This is one of the questions that the police officers of the anti-terrorism sub-directorate (SDAT) of the judicial police and the general directorate of internal security (DGSI) are trying to answer.

If the two tracks are studied, information could lead the investigators to the second hypothesis, according to revelations of the World published this Monday, October 19. According to the daily, Abdoullakh Abouyezidovich A., an 18-year-old Russian of Chechen origin, shot dead by the police after his attack, allegedly offered money to college students in front of Samuel Paty’s establishment on Friday so that they could point to his victim. He was provided with “several hundred euros” when he arrived in front of the college of Bois-d’Aulne before his act. The money would have “then circulated from hand to hand”, indicates The world, who specifies that one of the students who received the money, aged 15, is the eleventh person in custody in this case on Sunday.

The information has been confirmed by BFMTV, as you can see below. The national anti-terrorism prosecutor Jean-François Ricard had already indicated at his press conference on Saturday that the perpetrator “had asked students to designate the future victim”.

Impossible to say, as pointed out The world, if the student in police custody had knowledge of the terrorist’s plan.

How did he travel from Évreux to Conflans?

According to The world, two friends of the killer, aged 17 and 18, are currently in custody after surrendering to police overnight from Friday to Saturday. They would have traveled with him from Évreux (Eure) to the Parisian suburbs on Friday. BFMTV confirms that the assailant made part of his journey by car, accompanied because he did not have a driver’s license.

In his article, The world also evokes the questions of the investigators about the presence or not, in the course of Samuel Paty, of the teenager whose father (placed in police custody) denounced the professor on several occasions on social networks. According to newspaper information, she was absent for illness on October 5 and 6, days when the teacher gave her civic education classes to several 4th year classes, showing in particular caricatures of Charlie Hebdo.

In addition, according to information from BFMTV this Monday afternoon, the killer had contacted the father who denounced Samuel Paty on social networks, to inquire about what had happened in the class.

See also on Le HuffPost: Details of the anti-terrorism prosecutor on the Conflans-Sainte-Honorine attack

*The article has been translated based on the content of Source link by https://www.huffingtonpost.fr/entry/assassin-de-samuel-paty-aurait-propose-de-largent-a-des-eleves-pour-lidentifier-selon-le-monde_fr_5f8d64d6c5b62dbe71c4a0f1
. If there is any problem regarding the content, copyright, please leave a report below the article. We will try to process as quickly as possible to protect the rights of the author. Thank you very much!

These were the details of the news Samuel Paty’s killer would have offered money to students to identify... for this day. We hope that we have succeeded by giving you the full details and information. To follow all our news, you can subscribe to the alerts system or to one of our different systems to provide you with all that is new.