In the video, the Iranian opposition explodes with the court that... 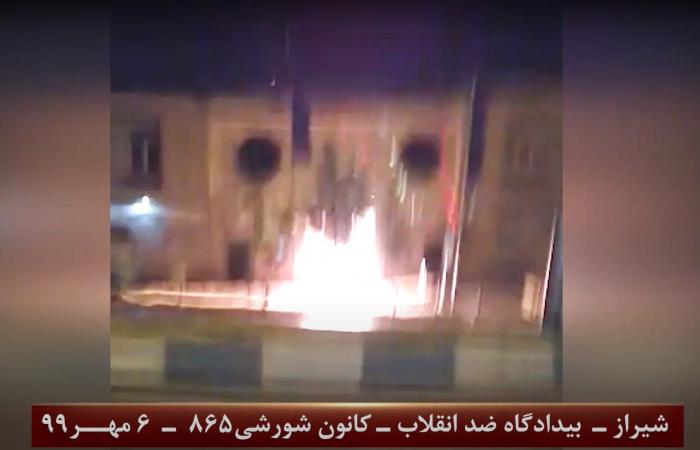 Iran has intensified its pressure on social media activists during the last period, according to New report for Iran International website.

The report said that the Internet Police (FTA) control over these means increased in conjunction with the Corona pandemic crisis and the increasing role of the virtual world in business and jobs.

The campaign specifically targeted accounts and channels that are active in fashion, images and art.

Dozens of people who oversee these channels have been summoned to the judiciary after charges were brought against them, such as publishing content that “violates public chastity, immoral, and vulgar”, as well as summoned famous artistic personalities due to their publications in the digital world.

Iran International said that there are increasing concerns that security authorities may have access to citizens’ accounts after the government increased investment in the “national internet” project and put restrictions on the Internet.

The authorities recently announced that the General Staff of the Armed Forces has a role in the project to develop local applications in social media.

The director of one of the channels active in the Instagram application said that the Internet police entered her account and removed all the pictures that showed women’s hair.

The director of the “Munira” channel said on her Twitter account, on Sunday, that the Internet police had changed the access codes to her personal page in order to prevent her from accessing her account.

It is noteworthy that this page is followed by more than 20 thousand users, and it is currently seen that the channel icon shows a picture of the Internet Police sign and under it the phrase: “Due to the publication of illegal images, the operation of this channel has been temporarily suspended and has become outside the control of its manager.”

She said that while she was summoned to the Internet Police Department, she was “insulted”, on the grounds of being accused in political cases.

An activist on Instagram, Iran International, told Iran International that after he was summoned to one of the intelligence headquarters, he noticed the opening of his account without asking him to provide his codes, and he was asked about some of the contents of his messages.

And the American “Freedom House” institution placed Iran in the 85th place out of 100 in Internet freedom, making it one of the 16 most countries in the world that control and control the Internet.

During the demonstrations that took place last November in Iran, to protest the sudden increase in fuel prices in the country, the authorities ordered an almost complete shutdown of the Internet.

These were the details of the news In the video, the Iranian opposition explodes with the court that... for this day. We hope that we have succeeded by giving you the full details and information. To follow all our news, you can subscribe to the alerts system or to one of our different systems to provide you with all that is new.