The world’s 10 richest men doubled their fortunes during the Corona... 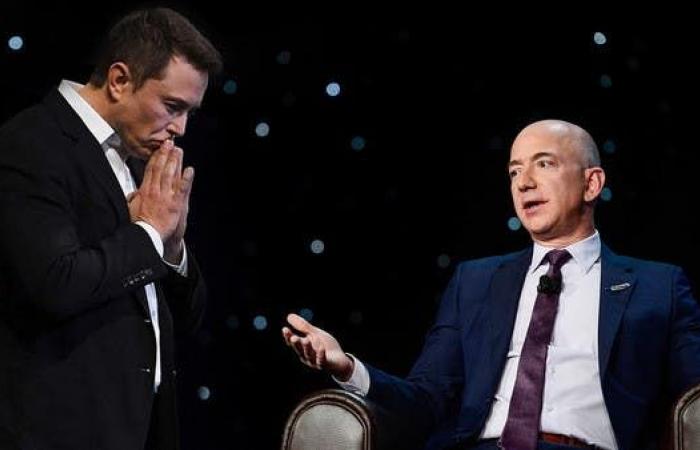 The world’s 10 richest men have seen their global wealth double to $1.5 trillion since the start of the Corona epidemic, i.e. within two years, after rising stock and asset prices, widening the gap between the rich and the poor, according to a report from “Oxfam”.

The organization, a federation of charities focused on alleviating global poverty, reported that the income of 99% of the world’s population declined from March 2020 to October 2021, when Elon Musk, the founder of electric car company Tesla, and the nine other richest people were getting richer together by 1.3 billion dollars a day.

The organization urged governments to impose a one-time wealth tax of 99%, on the sudden gains from Covid 19, noting that World Bank figures showed that an additional 163 million people were pushed below the poverty line while the wealthy were benefiting from the stimulus provided by governments around the world. world to mitigate the impact of the virus.

According to figures from Forbes magazine’s list of billionaires, Musk’s fortune saw a 10-fold increase to $294 billion in the first 20 months of the pandemic, which saw him overtake Amazon founder Jeff Bezos to become the world’s richest person.

The charity urged governments to tax capital and wealth in a report called Inequality Kills, which aims to coincide with the now-deferred meeting of the global elite at the World Economic Forum in Davos.

Oxfam said a 99% windfall tax on the wealth gains caused by the Covid pandemic to the 10 richest men could pay for enough vaccines to vaccinate the entire world and provide the resources needed to tackle climate change, provide universal health care and social protection and address issues of gender-based violence Gender in 80 countries. The charity said that even after imposing a 99 percent tax, the top 10 billionaires would be about $8 billion better among them than they were before the pandemic.

According to Forbes magazine, the 10 richest men in the world are, in order: President of Tesla and SpaceX, Elon Musk, Jeff Bezos, founder of Amazon, founders of Google, Larry Page and Sergey Brin, Mark Zuckerberg, founder of Facebook, former CEO of Microsoft Bill Gates, The former CEO of Oracle, Larry Ellison, the American investor Warren Buffett, in addition to the president of the French luxury group LVMH, Bernard Arnault.

Oxfam UK Chief Executive Danny Srisandragah said: “The explosion of billionaire fortunes at a time of rising poverty is exposing fundamental flaws. Even during a global crisis, our unfair economic systems have managed to wind up windfalls for the rich but fail to protect the poor. It is an avoidable tragedy that People die every day because they lack necessities like food and health care.

“Today’s generation of leaders can begin to right these wrongs by implementing progressive taxes on capital and wealth and using these revenues to save lives and invest in our future. They must ensure that Covid-19’s long-term legacy is universal, high-quality health care and social protection for all. Governments have a historic opportunity to support bold, more egalitarian economic plans that change the deadly course we are on.”

These were the details of the news The world’s 10 richest men doubled their fortunes during the Corona... for this day. We hope that we have succeeded by giving you the full details and information. To follow all our news, you can subscribe to the alerts system or to one of our different systems to provide you with all that is new.