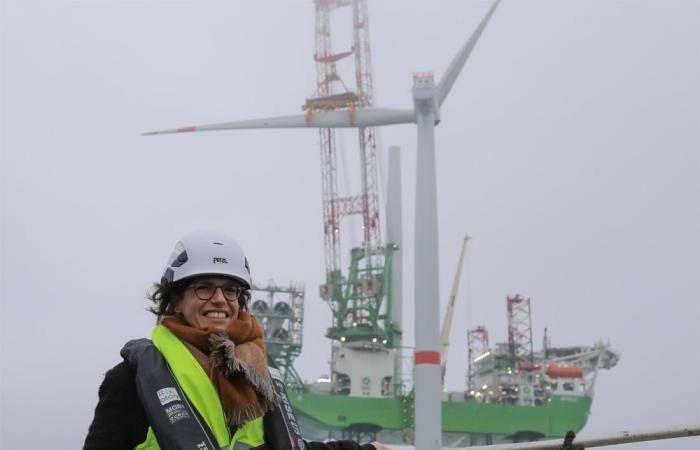 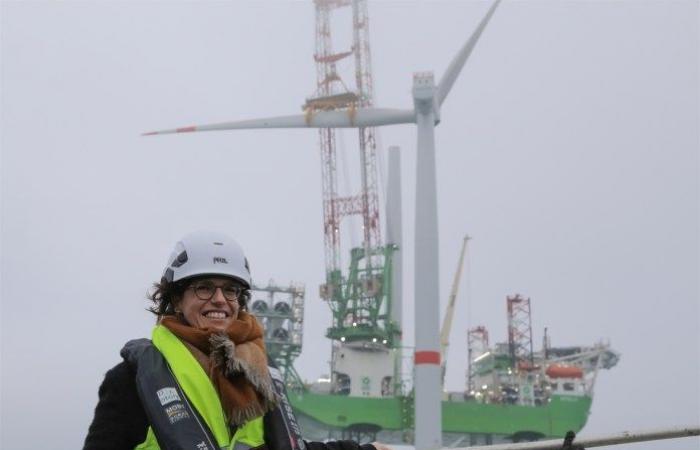 The Seamade wind farm with 58 wind turbines off the coast of Ostend has been completed. It will produce the electricity consumption of some 500,000 families. “Belgium is number four worldwide in the field of offshore wind energy and we have the determined ambition to remain the world leader,” says Energy Minister Tinne Van der Straeten (Groen).

The last windmill of the SeaMade Offshore Wind Farm off the coast of Ostend was installed on Sunday morning in the presence of Energy Minister Van der Straeten. The wind farm will produce about ten percent of all electricity. It concerns an investment of 1.3 billion euros. Construction of the turbines took less than six months. Despite the corona crisis, the installation was not delayed.

“Belgium is number four in the field of offshore wind energy and we want to further increase our ambition in the North Sea in collaboration with other countries,” said Minister Van der Straeten. “Offshore wind has become much cheaper and it contributes to that energy security. In the coming years we will pave the way for even more clean and affordable energy. 2020 was an absolute record year for offshore wind, and we want to double that as soon as possible. ” According to the minister, the project will provide around 100 jobs once it is operational. “Economic recovery and climate ambition go hand in hand. We create local jobs by investing in renewable energy, ”says Van der Straeten.

These were the details of the news Largest wind farm in the North Sea ready for use for this day. We hope that we have succeeded by giving you the full details and information. To follow all our news, you can subscribe to the alerts system or to one of our different systems to provide you with all that is new.