Sisi opens the door to intervention in Libya: Sirte, Al-Jafra 'a red line' 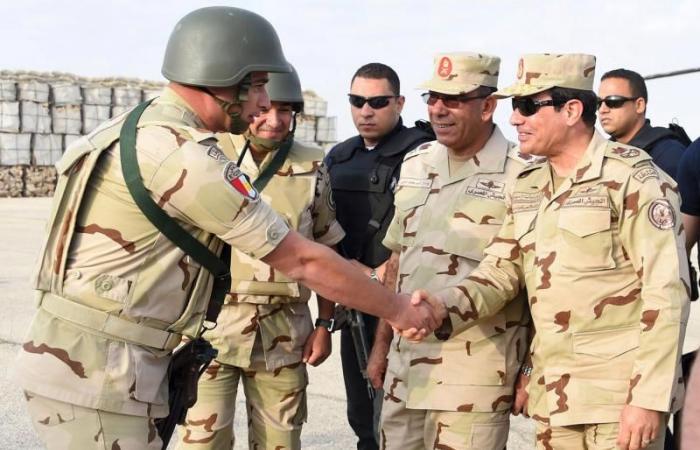 We show you our most important and recent visitors news details Sisi opens the door to intervention in Libya: Sirte, Al-Jafra 'a red line' in the following article

A file picture of Egyptian President Abdel Fattah al-Sisi saluting members of the Egyptian armed forces, after travelling to the troubled northern part of the Sinai peninsula. (Reuters)

CAIRO– Egyptian President Abdel Fattah al-Sisi opened the door Saturday for direct military intervention in Libya to stop the advance of the Turkey-backed GNA militias by clearly stating that “Sirte and al-Jafra are a red line”, in a direct response to Turkish statements, made hours before his own, demanding that Libyan National Army forces led by Field Marshal Khalifa Haftar withdraw from Sirte and al-Jafra.

Sisi made his statements while touring an air base near Egypt’s 1,200 km-long western borderwith Libya. Official television showed footage of the Egyptian president watching fighters and helicopters taking off from the base.

“Be prepared to carry out any mission here within our borders or, if necessary, outside our borders”, Sisi told a number of pilots and elements of the Special Forces at the base.

Egyptian sources considered that Sisi’s speech aimed to confirm that his country is not in a position of weakness and that it is able to protect its western borders and strategic depth within Libyan territory. His statements, however, cannot be construed as a declaration of war, but rather a reaffirmation of his country’s commitment to peace from a position of strength while preparing for war should it come to that.

The sources pointed out that raising the ceiling of challenges by the Egyptian president’s speech, just before a supposed meeting of the foreign ministers of Arab countries, was a strong message to Turkey that the Egyptian position has the backing of the majority of Arab countries, as well as a broad international understanding reflected in the positions of European countries.

President Sisi stressed that any direct role by Egypt in Libya would enjoy international legitimacy, whether according to the United Nations Charter (the right to self-defense) or based on the will of the sole legitimate authority elected by the Libyan people, namely, the Libyan House of Representatives.

It would be easy for Egypt to obtain a mandate from the Libyan parliament, the only legitimate institution in Libya, said Aref el-Nayid, head of the Libyan Revival Bloc.

In exclusive statements to The Arab Weekly, Nayid said that Libya is a founding member of the League of Arab States and an original participant in the Arab Joint Defence System and that it would not be surprising that its fellow Arab nations would rush to its rescue as it is being invaded by Turkey, or more precisely a Turkish-Iranian alliance.

For his part, the Egyptian President was keen to show that Egypt’s intervention in Libya, should it take place, would have the sole aim of “protecting the state’s western borders with its strategic depth and securing it from terrorist and mercenary militias’ threats, and restoring security and stability on the Libyan scene, given that they are an integral part of Egypt’s security and stability”.

In a move aimed at alleviating the fears of the Libyans and countering hostile propaganda such as the steady flow coming out of Qatari media, Sisi said: “We will not be invaders and do have ambitions in Libya,” while pledging to train and arm the Libyan tribes.

The Egyptian president gave his speech in the presence of the top brass of the Egyptian army and of representatives of the Libyan tribes.

He added that Egypt’s aim was to have “an immediate ceasefire, the launching of negotiations for a comprehensive political settlement process under the auspices of the United Nations in accordance with the outputs of the Berlin Conference, and a practical application of the Cairo Declaration initiative”.

Earlier this month, Egypt called for a ceasefire in Libya as part of an initiative that also proposed a political process including the election of a council to lead Libya. It also called for a meeting of Arab foreign ministers, which was immediately rejected by the Government of National Accord headed by Fayez al-Sarraj, in a clear indication that Egypt’s diplomatic moves were annoying Ankara, especially with the emergence of European voices opposing Turkish interventions, particularly of France and Greece.

Observers say that the new Egyptian position is likely to make Turkey check its drive towards Sirte and Al-Jafra, as well as its search for under-the-table understandings with Russia and the United States while ignoring Arab stances.

Turkish presidential spokesman Ibrahim Kalin said on Saturday that reaching a permanent cease-fire in Libya requires the withdrawal of Haftar’s forces from the strategic city of Sirte, and that “a ceasefire must be sustainable, which means that the other side, (the Libyan National Army) led by Haftar should not be in a position to launch a new attack on the legitimate government at will”.

“At the current stage, the GNA in Tripoli, and we support it in this, considers that all parties must return to their positions of 2015 when the political Skhirat agreement (in Morocco) was signed, which means that Haftar’s forces must withdraw from Sirte and Jafra”, Kalin added.

He then launched a strong-worded attack on France, which he accused of supporting Field Marshal Khalifa Haftar, in a move that shows Ankara’s annoyance at France’s recent diplomatic and media moves against Turkish ambitions. “In Libya, we support the legitimate government, while the French government supports an illegitimate warlord, thereby endangering NATO security and security in the Mediterranean, security in North Africa, and stability in Libya”, he said.

Saudi Arabia,  the UAE and Bahrain voiced their support for Sisi’s stance on security threats in Libya.

“The kingdom stands by Egypt on its right to defend its borders people from extremism, terrorist militias and their supporters in the region”, said a foreign ministry statement carried by state-run Saudi Press Agency.

Similarly, the UAE’s foreign ministry said it “is siding with Egypt on all the measures it takes to protect security and stability from the repercussions of the concerning developments in Libya”, according to the country’s official WAM news agency.

These were the details of the news Sisi opens the door to intervention in Libya: Sirte, Al-Jafra 'a red line' for this day. We hope that we have succeeded by giving you the full details and information. To follow all our news, you can subscribe to the alerts system or to one of our different systems to provide you with all that is new. 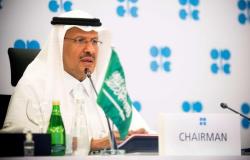 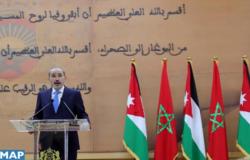 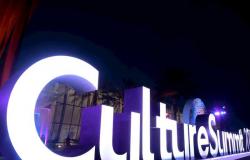 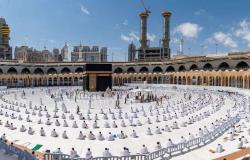