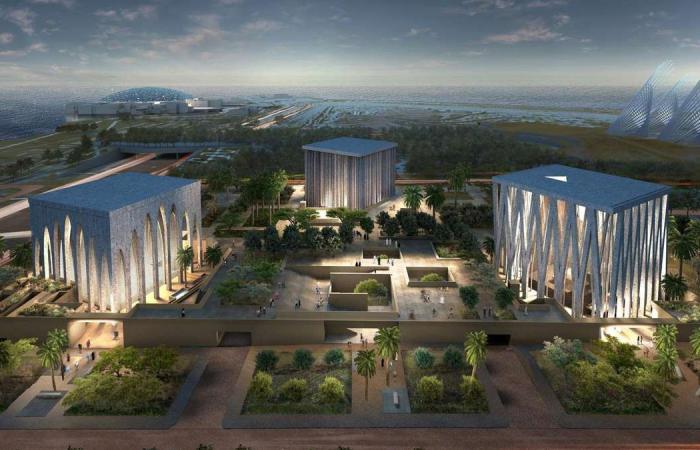 Hind Al Soulia - Riyadh - Plans for a multi-faith centre in Abu Dhabi have been presented to the UN Secretary-General António Guterres.

The Abrahamic Family House, which begins construction in Saadiyat Island next year, will bring together a church, mosque and synagogue in one setting, was unveiled in New York in September.

It was described as a physical manifestation of the Document of Human Fraternity signed by Pope Francis and Dr Ahmed Al Tayeb, the Grand Imam of Al Azhar during the pontiff’s visit to Abu Dhabi in February.

During the meeting, plans were also discussed for an International Fraternity Summit at the Abrahamic Family House.

“The signing of the document by the world's top religious figures reflects the universality of its message that involves necessity of respecting and protecting the principle of religious freedom,” said Mr Guterres.

“This couldn’t have been possible without the support and efforts of Sheikh Mohamed Bin Zayed Al Nahyan, Crown Prince of Abu Dhabi and Deputy Supreme Commander of the Armed Forces, in getting this document signed and implemented to promote global coexistence and understanding.”

He also expressed his admiration of the diversity within the committee, saying that it contained representatives of different religions and nationalities.

The Secretary-General of the committee described the meeting as a key milestone.

“The Document of Human Fraternity is one of the most significant initiatives in the modern era, signed by the world’s top religious figures,” said Judge Muhammad Abdel Salam.

“Together we look forward on embarking on our journey of promoting the values of mutual respect and understanding among all human kind.”

He added the committee would continue to expand to incorporate leaders of other denominations and beliefs in the coming years.

Most recently the former Director-General of UNESCO, Irina Bokova, joined the committee adding significant additional international experience to help deliver on the goals and objectives set out in the Document of Human Fraternity.

These were the details of the news Plans for multi-faith centre in Abu Dhabi presented to the UN for this day. We hope that we have succeeded by giving you the full details and information. To follow all our news, you can subscribe to the alerts system or to one of our different systems to provide you with all that is new.