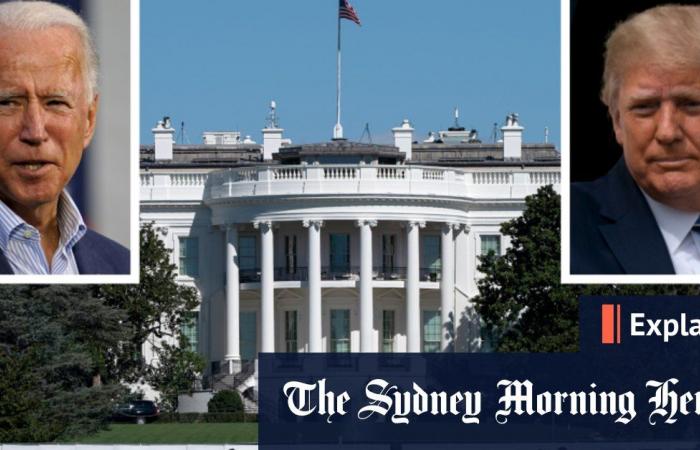 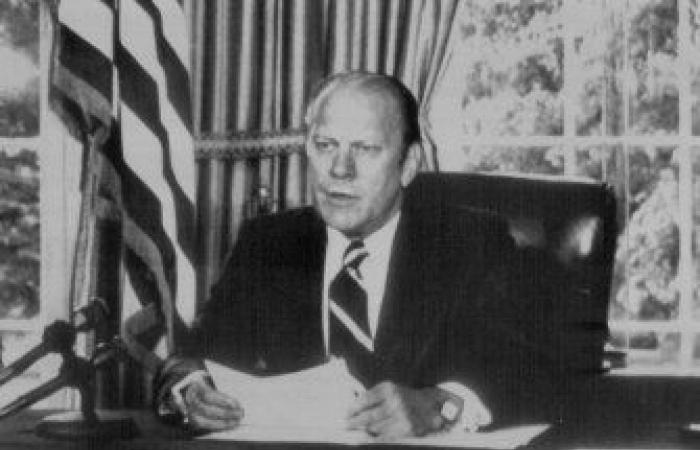 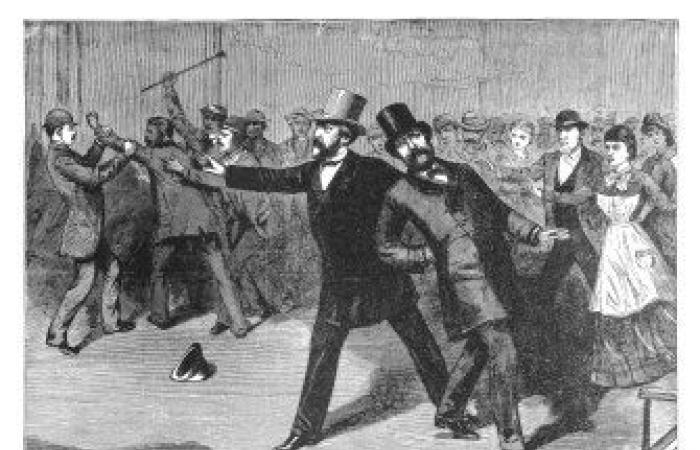 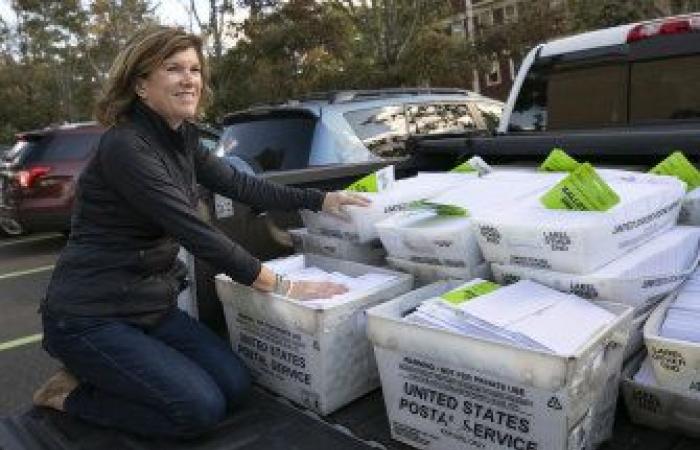 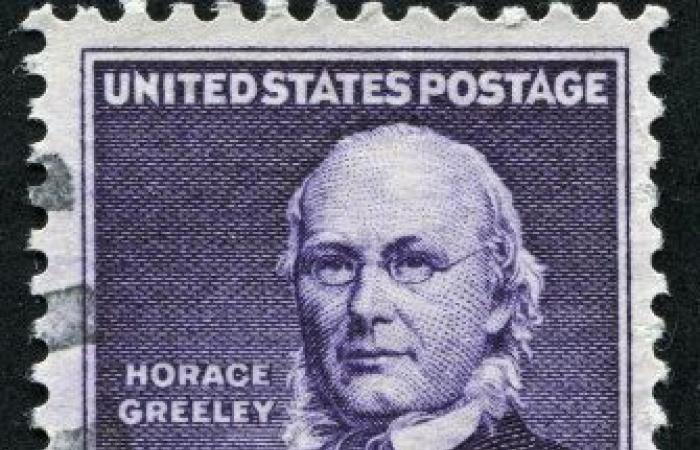 When Donald Trump signed COVID-19 a month before election day, it sparked a series of nasty questions about the presidential mortality and the path of succession in a deeply divided America.

People around the world have wished the president a speedy recovery, and Trump makes us believe he’s on the right track, even declaring on Twitter in the hospital, “I feel better than 20 years ago!”

But what would happen if Trump didn’t recover? What if he died before the election or emerged victorious only to get worse after the November 3rd election?

Or what if 77-year-old Joe Biden was hit for the next three weeks, or won the election and then died?

What if the president-elect, whoever he was, died before inauguration day?

While these are macabre hypotheses, Trump’s health, Biden’s age, and the unpredictability of 2020 mean that speculation is not alien.

Here are some ways things can still go wrong.

What if Trump is incapacitated?

Let’s just say Trump’s COVID-19 symptoms are worsening dramatically or he is in need of a serious medical procedure that renders him unable to carry out his duties. Fortunately, the 25th amendment to the US Constitution allows the president to transfer executive power to the deputy.

Trump would have to declare in writing that he cannot do the job, and Mike Pence would become the incumbent president until Trump can resume his duties (again by means of a written declaration that he can).

President George W. Bush invoked this provision, known as Section 3 of the 25th Amendment, when he required colonoscopies in 2002 and 2007 and temporarily transferred power to then Vice-President Dick Cheney.

In 1985, President Ronald Reagan also allowed his Vice President, then George HW Bush, to serve as president for about eight hours while the president had a precancerous lesion removed.

What if Trump doesn’t think he’s incapacitated, but others believe?

Another clause in the 25th Amendment – Section 4 – allows the Vice President and a majority in the Cabinet, Congress, or a group appointed by Congress to intervene.

This would mean informing the House and Senate leaders that the President cannot perform his duties. Trump could attempt to resume office by telling the same two congressional leaders that “there is no incapacity” – but this could be questioned by Vice President Mike Pence and the Cabinet. In that case, Congress would have to meet within 48 hours and then decide what to do within 21 days.

How has the succession worked in the past?

The 25th Amendment was not ratified until 1967 under President Lyndon Johnson, who assumed the presidency in 1963 after the assassination of John Kennedy. The aim was to clarify the succession rules for the vice-presidency and the presidency.

It was first used seven years later, on August 9, 1974, when Richard Nixon resigned and Gerald Ford became president, a year after he was named vice president after the resignation of Spiro Agnew.

Eight American presidents have died in office (four by assassination, four of natural causes) and each was replaced by the vice president, but before the 25th amendment was ratified, the process was not always straightforward as the constitution was vague about the rules of succession.

When William Henry Harrison became the first US president to die in office in 1841 (likely of typhoid), Vice President John Tyler was discussing the need to be sworn in to become president with Congress.

Vice President Chester Arthur hesitated to be seen as President, while President James Garfield stayed on his deathbed for two months after his shooting in 1881, leaving a power vacuum before Garfield eventually died of his wounds.

World War I President Woodrow Wilson suffered a severe stroke in 1919 after contracting Spanish flu in Paris while negotiating the Treaty of Versailles. His condition was obscured by his inner circle, and Vice President Thomas Marshall never pushed for an acting role, though some Congressmen pushed for how weak the president had become.

But what if a presidential candidate dies during an election?

This is where it gets tough because a lot of the answer depends on the timing and there is no precedent for a presidential candidate dying so close to election day.

Under “normal” circumstances, the Republican Party rules would provide two options for replacing a presidential candidate on the ballot. The first would involve the 168-strong Republican National Committee choosing another candidate by majority vote.

The second would involve convening the Republican National Convention – the meeting at which delegates officially named Trump as their candidate in August – to select an alternative to vote on.

In Biden’s case, a similar process would normally be used through its 429-member Democratic National Committee.

It is now too late to reprint, reissue, and accept ballot papers with a new candidate’s name on it.

However, these are not normal circumstances. Indeed, given its proximity to Election Day – with more than 60 million ballots already sent to voters and millions of votes already cast in the mail – it would be too late to reprint, re-issue ballots with the name on and accept the new candidate again.

So if Trump or Biden died between now and the Nov. 3 poll, their runners-up Mike Pence and Kamala Harris would be their likely substitutes, but they wouldn’t necessarily replace them on the ballot.

The election would most likely be with the name of a dead candidate in the documentation. Regardless of how you slice it, it would be a very messy and confusing process that could pave the way for all sorts of future challenges.

What if a candidate dies after winning the election?

To win the White House, Trump or Biden must have the support of an electoral college majority – at least 270 voters – whose job it is to choose the president based on the results in each state.

However, the electoral college does not vote until December 14th – more than a month after the November 3rd election day.

After that, the Congress will meet on January 6th to officially count these votes and ratify the result. And technically, the president’s term of office doesn’t officially end until midday of the inauguration, January 20, 2021.

If Trump or Biden died In front When the electoral college meets on December 14, its party would have to coordinate its voters to vote for an elected replacement who would most likely be the vice-presidential candidate.

In theory, voters could then band together for the replacement. This is not guaranteed, however, as some jurisdictions give the electoral college more discretion than others, depending on state laws.

Alternatively, if Trump or Biden won the election and then died after this The college had voted – but before Congress met – Congress had to decide whether the votes of the electoral college should be counted.

And if a person dies after being ratified by Congress, the 20th amendment would go into effect. This requires that the elected vice president be sworn in as president on the day of inauguration.

Has that happened before?

One of the closest examples could be that of former New York Congressman Horace Greeley, who ran against incumbent President Ulysses S. Grant in 1872.

Grant won the election by landslide with nearly 56 percent of the popular vote versus 44 percent of his rival.

Although Greeley had accepted some votes from the electoral college, he died shortly after the election. Most of his promised votes were distributed to other candidates, but some were not – which resulted in Congress invalidating them.

Couldn’t the election just be postponed?

Given the obscurity of all other options, this seems like the simple answer.

Even Trump himself previously suggested postponing the election as part of his month-long campaign against mail-in votes and tweeted in July:

While Congress could theoretically pass laws to delay an election, the chances of doing so are slim.

Indeed, a US presidential election was never delayed during a national crisis – not even during the civil war.

This has been a hell of a good year, but it is highly unlikely that the American election cycle will come to its much-needed close.

Our weekly newsletter provides US correspondent Matthew Knott with an expert analysis of the race for the White House. Sign up for The morning in Sydney Herold‘s newsletter here, Ageis here, Brisbane Times, here and todayis here.

Farrah Tomazin is a senior journalist covering the 2020 US presidential election.

These were the details of the news What if Donald Trump or Joe Biden die? for this day. We hope that we have succeeded by giving you the full details and information. To follow all our news, you can subscribe to the alerts system or to one of our different systems to provide you with all that is new.