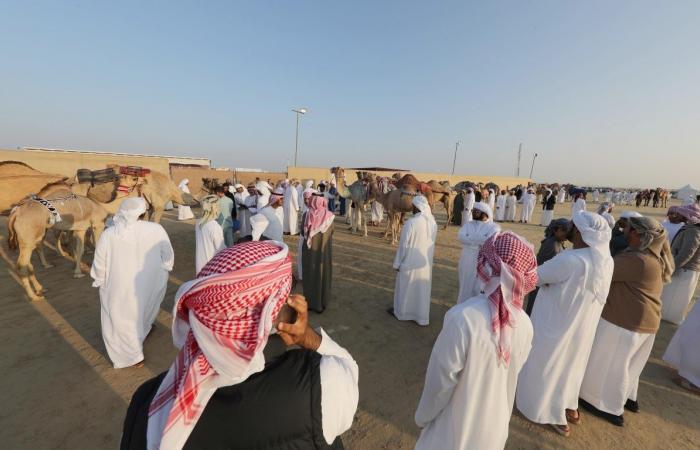 The festival, which embodies the spirit of heritage in this part of the world, is organised by the Cultural Programs and Heritage Festivals Committee - Abu Dhabi from December 9-25, in order to celebrate and preserve the heritage of the people of the United Arab Emirates.

This yearly festival, which is held under the patronage of His Highness Sheikh Mohamed bin Zayed Al Nahyan, Crown Prince of Abu Dhabi and Deputy Supreme Commander of the UAE Armed Forces, is an occasion to celebrate heritage within the young generation who lives in a globalised society open to the cultures of the world.

"Sheikh Mohamed’s directives are aimed at preserving and transmitting cultural heritage to successive generations and promote heritage festivals. Therefore, the festival will witness a huge expansion in terms of organisation and competitions year after year," said Al Mazrouei.

The festival will be attended by the largest number of camel owners who are participating in the camel races comprising 81 rounds to win 695 prizes.

There are hundreds of prizes allocated for numerous heritage and popular camel competitions and races in addition to daily prizes for visitors of the festival during the various events of Al Dhafra’s traditional souq.

In addition to the main camel race and camel-milking contest, the festival is organising nine competitions reflecting the UAE and Gulf cultural heritage. These nine competitions have been allocated around 245 prizes in addition to 16 heritage-related handicrafts and cooking competitions designed for women, men and children in the centre of Al Dhafra’s traditional souq.

The events of the festival include a falconry contest which is organised by Abu Dhabi Falconers Club.

The heritage-related Arabian Saluki (greyhound) competition championship for 2500 meters will be held this year.

These were the details of the news Al Dhafra Festival to showcase cultural and heritage events for this day. We hope that we have succeeded by giving you the full details and information. To follow all our news, you can subscribe to the alerts system or to one of our different systems to provide you with all that is new.