Is the assassination of the “Colonel” linked to the explosion in... 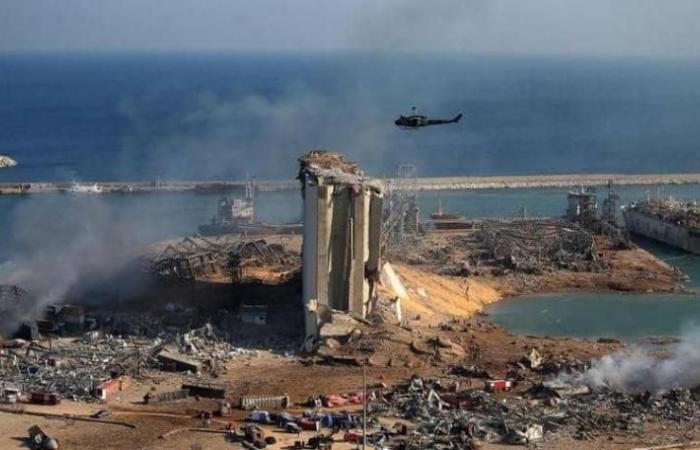 About four months after the Beirut port blew up, a retired customs officer, Munir Abu Rajeli, was found dead in the Qartaba area, and forensic evidence came to the scene of the crime and began its investigations, which raised many questions, especially since a similar crime occurred 3 years ago and its investigations will not reach To any result.

Abu Rajeli retired about two years ago after he held the position of Head of Combating Smuggling in Beirut Port, and security sources did not rule out that he was among the list of officials who were summoned by the judicial investigator, Judge Fadi Sawan, who is following up the investigations related to the port of Beirut, with all those who assumed responsibility At the port and customs since the arrival of the ammonium nitrate shipment in 2012.

The sources also excluded, according to Al-Hurra, the hypothesis of theft of Abu Rajeli’s house, especially that the forces in charge of the investigation did not find any missing items or breaks and dislocations of the entrances to the house.

The sources indicated that my husband went to his summer house, outside Beirut, to inspect a maintenance workshop inside it, but contact with him was interrupted at night, until it became clear that he was killed by a sharp device while he was in his bed.

In turn, lawyer Charbel Eid said, in an interview with Al-Hurra, that “in a country like Lebanon, not everything can happen by chance, as the killing of retired Colonel Joseph Skaf, who was the first to talk about the ammonium shipment, and then the killing of Abu Rajeli, is raised. Doubts about the same perpetrators involved in the port explosion, which may have resorted to liquidating them. ”

The killing of Abu Rajeli brought to the minds of the Lebanese the name of the retired colonel in the customs, Joseph Skaf, who was killed in 2017 under “mysterious circumstances,” as he was found with bruises on his head in front of his house. He was the head of the Anti-Narcotics and Anti-Money Laundering Division. Customs Four months after the arrival of the MV Rhosus vessel, the ammonium is “extremely dangerous and a danger to public safety”.

After the killing of Skaf, two contradictory reports were issued by two forensic doctors, whom the Public Prosecution commissioned to examine the body, as one of the two reports indicated that what happened was due to decree and that his presentation had slipped. As for the second report, it confirms that there are those who stand behind what happened and threw it at a height of three meters.

Saskaf had a telegram on February 21, 2014, which he directed to the Ministry of Finance audit and search for smuggling department, stating that it is necessary to remove the ship carrying ammonium nitrate outside Berth 11 in the Beirut port, or to place it and its cargo under control.

After the port explosion, the retired Colonel Skaf’s son published a pamphlet stressing that the father was killed, and the incident was not a “slip of foot” or “judgment and destiny,” as one of the medical reports indicated that the death was a result of Skaf falling to the ground or falling from a high place.

Two incidents similar to the mysterious circumstances and the fact that they were long held in positions sensitive to customs, which raised many question marks about the link between the two incidents to conceal and obscure the truth behind the Beirut explosion.

These were the details of the news Is the assassination of the “Colonel” linked to the explosion in... for this day. We hope that we have succeeded by giving you the full details and information. To follow all our news, you can subscribe to the alerts system or to one of our different systems to provide you with all that is new.