Who will replace Lionel Messi and Cristiano Ronaldo as football's next superstar? 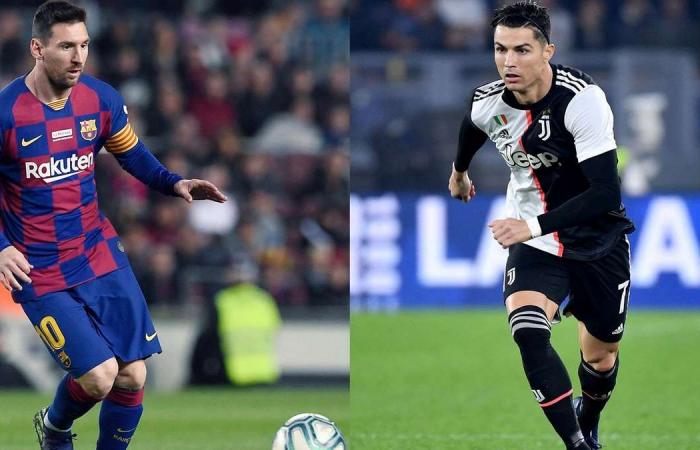 Thank you for your reading and interest in the news Who will replace Lionel Messi and Cristiano Ronaldo as football's next superstar? and now with details

Hind Al Soulia - Riyadh - Lionel Messi and Cristiano Ronaldo have vied for the past decade to be football's top star. AFP

Eden Hazard: The Belgian forward currently operates on that rung just below Messi and Ronaldo but is a bona-fide match-winner and is at a club where his prospects of domestic and European glory has increased 10-fold. While Real Madrid have yet to see the best of Hazard since his big-money move from Chelsea over the summer, few doubt that he will replicate the form that made him one of the Premier League’s standout performers over several seasons in West London. When Messi and Ronaldo are ready to hand over their mantle as world’s best, Hazard will be ready and waiting. (Steve Luckings, deputy sports editor) AFP

Phil Foden: He has been described by Manchester City manager Pep Guardiola as the most talented young player he has ever seen. Guardiola is the best manager in the game and has coached Lionel Messi, Xavi, Kevin de Bruyne, and Robert Lewandowski. End of argument. Now if Pep would actually pick 19-year-old Foden a bit more frequently, we could all make up our own minds. (Dominic Hart, sports editor) EPA

No one. Or, to be more specific, no one will dominate in an era in a way that Messi and Ronaldo have done. They have won 11 of last 12 Ballons d'Or. The previous 10 were won by 10 different players. So, and while Kylian Mbappe is the likeliest candidate, there will probably be more contenders and fewer certainties in the conversation. Instead, what we may see are more repeats of 2018, when Luka Modric won, and a player who has had an excellent World Cup, European Championships or Champions League but is not necessarily, definitively the best secures the individual honours. (Richard Jolly, football correspondent) AP Photo

Sadio Mane: Lionel Messi said last week it was a "shame" Mane did not finish higher than fourth in the 2019 Ballon d'Or rankings - who am I to argue with the greatest footballer of all time? Still only 27 years old, Mane has established himself as Liverpool's best attacking player and one of the finest footballers on the planet. The remainder of his career looks set to go one of two ways: he stays at Liverpool and wins a truckload of trophies or he moves to another European heavyweight and wins a truckload of trophies. Either way, Mane's star will continue to rise. (Jon Turner, assistant sports editor) AP Photo

Raheem Sterling: Still only 25, he is about to hit the most productive years of his career, which is saying something for a forward whose goal-scoring record has dramatically improved under Pep Guardiola’s management. The Manchester City forward scored 25 goals in last season’s treble-winning side and has 15 already this year for club and another eight more for England in the calendar year. Quite simply, Sterling is the new gold standard in elite football circles. (Nick March, assistant editor in chief) AP Photo

Marcus Rashford: Where would Manchester United be without him this season? The 22-year-old has 13 goals in his past 14 games and is finally looking like a top-drawer striker on a consistent basis. He has the most important attributes for a world beater - pace, skill and a variety of shot including the swerving knuckle-ball which makes him a danger at set pieces. Even if United struggle, he should get the chance to shine further on the international stage with England. (Ian Oxborrow, digital editor). Getty Images

Gabriel Martinelli: At the very young age of 18, the Brazilian has impressed since coming into a tepid Arsenal side. He had cameos in the League Cup and the Europa league where he scored 7 goals in 6 games for Arsenal. It is extremely early to say that Martinelli will be a complete player and a goal scoring superstar, but he’s made quite the start, and if Arsenal are smart enough (they’re not) they’ll do well to nurture him and integrate him into the starting eleven gradually. (Faisal Salah, social media editor). Getty Images

Paul Pogba The Manchester United midfielder may be under appreciated in the Premier League at the moment but once he moves away from England - probably to Spain with Real Madrid - he will rediscover the sparkle that helped France win the World Cup as well as finding his best position is further up the pitch from where he can wreak havoc on opposition defences. (Mustafa Alrawi, assistant editor in chief). AFP

These were the details of the news Who will replace Lionel Messi and Cristiano Ronaldo as football's next superstar? for this day. We hope that we have succeeded by giving you the full details and information. To follow all our news, you can subscribe to the alerts system or to one of our different systems to provide you with all that is new.