Amazon begins moving Alexa’s cloud AI to its own silicon 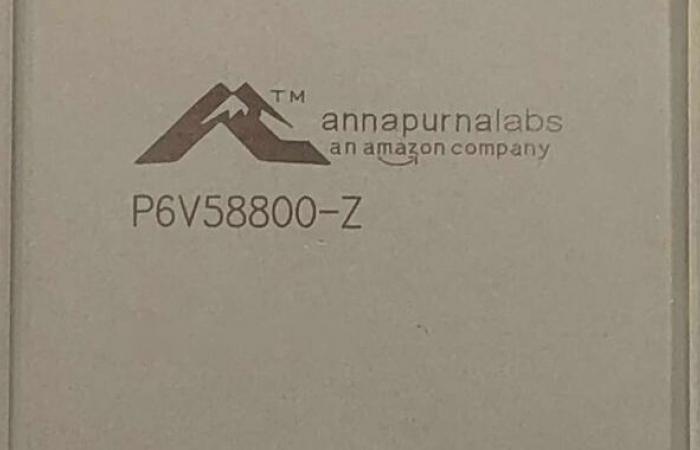 On Thursday, an Amazon AWS blog post announced that the company has shifted most of the cloud processing for its Alexa personal assistant from Nvidia GPUs to its own application-specific integrated circuit (ASIC). The Amazon developer Sebastien Stormacq describes the hardware design of the Inferentia as follows:

When an Amazon customer – usually someone who owns an Echo or Echo Dot – uses Alexa’s personal assistant, very little of the processing is done on the device itself. The workload for a typical Alexa request looks something like this:

As you can see, almost all of the actual work in fulfilling an Alexa request takes place in the cloud – not in an Echo or Echo Dot device. And the vast majority of that cloud work is done not through traditional if-then logic, but rather through inference – which is the answer-providing side of neural network processing.

According to Stormacq, moving that inference workload from Nvidia GPU hardware to Amazon’s Inferentia chip resulted in a 30 percent lower cost and a 25 percent improvement in end-to-end latency for Alexa’s text-to-speech Workloads. Amazon isn’t the only company using the Inferentia processor. The chip supports Amazon AWS Inf1 instances, which are available to the public and compete with Amazon’s GPU-based G4 instances.

With Amazon’s AWS Neuron software development kit, machine learning developers can use Inferentia as a target for popular frameworks like TensorFlow, PyTorch, and MXNet.

These were the details of the news Amazon begins moving Alexa’s cloud AI to its own silicon for this day. We hope that we have succeeded by giving you the full details and information. To follow all our news, you can subscribe to the alerts system or to one of our different systems to provide you with all that is new.