Bollywood News - Faeces in bed was last straw in marriage to Amber Heard,... 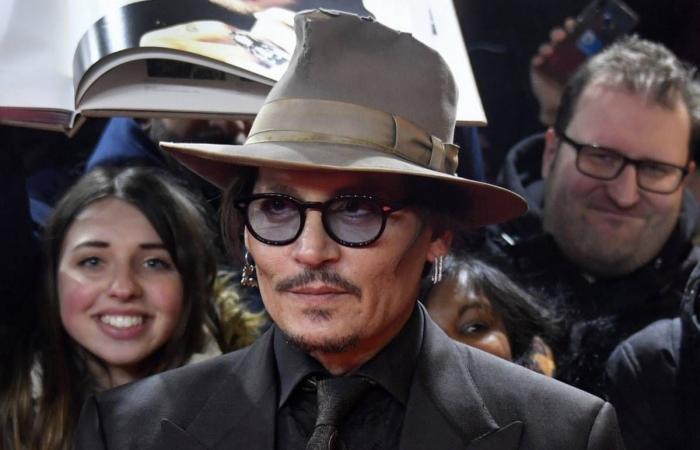 Thank you for reading the news about Faeces in bed was last straw in marriage to Amber Heard,... and now with the details

Aden - Yasmine El Tohamy - Johnny Depp described the breakdown of his marriage to Amber Heard on Friday in a London court, saying the last straw came when faeces were found in the couple's bed after a party.

Depp was wrapping up his evidence in his libel case against a British tabloid newspaper that accused him of physically abusing Heard. The Hollywood star is suing News Group Newspapers, publisher of The Sun, and the paper's executive editor, Dan Wootton, over an April 2018 article that called him a "wife-beater."

In three and a half days in the witness box at the High Court, Depp has described a volatile relationship that descended into screaming matches which sometimes turned physical. But he has strongly denied hitting Heard and accused her of compiling a dossier of fake claims against him as an "insurance policy."

Depp, 57, and Heard, 34, met on the set of the 2011 comedy The Rum Diary and married in Los Angeles in February 2015. Heard, a model and actress, filed for divorce the following year and obtained a restraining order against Depp on the grounds of domestic abuse. The divorce was finalized in 2017.

Depp said one of the triggering incidents for the couple's separation came when a cleaner found faeces in a bed at their Los Angeles penthouse the morning after Heard's 30th birthday party in April 2016.

Heard blamed the couple's Yorkshire terriers, Pistol and Boo, but Depp was convinced a person had done it.

"It was not left by a three- or four-pound dog. I was convinced that it was either Ms Heard herself or one of her cohorts involved in leaving human faeces on the bed," he said.

He said that after this he realised that the marriage could not be saved.

"I wanted nothing to do with her," Depp said. "I thought that was an oddly fitting end to the relationship."

The Sun's defence relies on a total of 14 allegations by Heard of Depp's violence between 2013 and 2016. He strongly denies all of them.

Under cross-examination by The Sun's lawyer, Sasha Wass, Depp has depicted a tumultuous relationship with Heard during a period when he was trying to kick drugs and alcohol and sometimes lapsing.

He said he came to feel he was in a "constant tailspin" and recalled telling Heard several times: "Listen, we are a crime scene waiting to happen." But he denied being violent.

Depp has denied Heard's claims he assaulted her while under the influence of alcohol and drugs, in settings including his private island in the Bahamas, a rented house in Australia and the couple's Los Angeles penthouse.

The Sun's lawyer alleged that during a fight at the penthouse in December 2015, Depp trashed Heard's wardrobe, threw a decanter at her, slapped her, pulled her by the hair and headbutted her, causing two black eyes.

The lawyer said Depp was "in an uncontrollable rage" and "screaming you were going to kill her."

Depp claimed Heard was the aggressor, and he had only tried to restrain her "to stop her flailing and punching me." He conceded he might have head-butted her, but only by accident, and denied causing her injuries.

Depp also rejected Heard's claim that he subjected her to a "three-day ordeal of assaults" in March 2015 in Australia, where Depp was appearing as Capt. Jack Sparrow in the fifth Pirates of the Caribbean film.

He agreed that the couple had an altercation, which ended up with their rented house being trashed and Depp's fingertip being severed to the bone.

Depp accuses Heard of cutting off his fingertip by throwing a bottle at him. She denies being in the room when the digit was severed.

According to Heard, Depp snorted drugs, swigged drinks from the bottle, broke bottles, screamed at Heard, smashed her head against a refrigerator, threw her against a pingpong table and broke a window.

"These are fabrications," he said.

Depp has admitted in court that he may have done things he can't remember while he was under the influence of alcohol and drugs. But he denied he could have been physically abusive and not remember it.

"There were blackouts, sure, but in any blackout there are snippets of memory," Depp said.

Heard is attending the three-week trial and is scheduled to give evidence next week.

These were the details of the news Bollywood News - Faeces in bed was last straw in marriage to Amber Heard,... for this day. We hope that we have succeeded by giving you the full details and information. To follow all our news, you can subscribe to the alerts system or to one of our different systems to provide you with all that is new.