The new Jordanian government takes the oath before King Abdullah –... 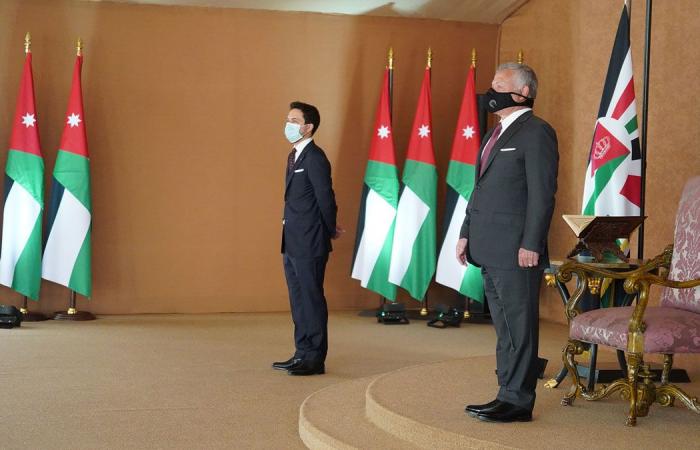 This government came to succeed the government of Dr. Omar Al-RazzazWhich was ravaged by sharp criticism against the backdrop of several crises, on top of which is the Coronavirus.

A minister infected with Corona and another in stone

Mahmoud Al-Kharabsheh will take the constitutional oath later, due to his being in health isolation, after being infected with Corona, and also Nawaf Al-Tal, who is spending a period of compulsory quarantine, for his return from travel.

Among the most prominent departures from their ministries were Interior Minister Salama Hammad, whose ministry faced criticism for its handling of teachers’ protests recently, and Minister of Health Saad Jaber and Media Amjad Al-Adaileh, who were the two most prominent government names in the Corona pandemic crisis.

The Razzaz squad included 3 women, one of them from the Razzaz government, Hala Zawati, and two entering for the first time in a government formation, namely: Maha Al-Ali and Rabia Al-Ajarmah.

The formation included 4 current notables, they are: Tawfiq Krishan, Tawfiq Al-Halalmeh, Ibrahim Al-Jazi, Umayya Toukan, a current candidate for the elections, Mahmoud Kharabsheh, and 3 ministers who were former MPs.

It was noted that King Abdullah, Crown Prince Hussein and the new ministers were committed to the health rules, as they appeared in pictures published by the official Jordanian News Agency (Petra), wearing protective masks.

These were the details of the news The new Jordanian government takes the oath before King Abdullah –... for this day. We hope that we have succeeded by giving you the full details and information. To follow all our news, you can subscribe to the alerts system or to one of our different systems to provide you with all that is new.