Yam Madar wants the NBA at all costs 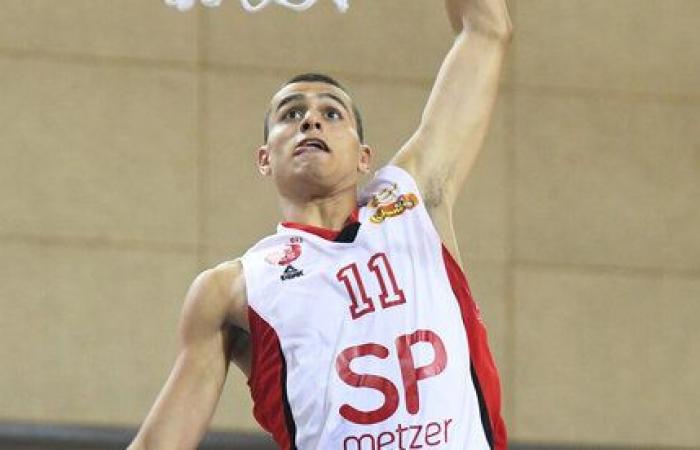 Few basketball players would fire the players’ agency that represents them after it would bring in offers from Panathinaikos and Olympiacos. But not every player is Yam Madar.

Until last summer, the 19-year-old quarterback (who played for Hapoel Tel Aviv this season) will be represented by the Octagon agency, which has attached to him none other than the agent of Yannis Endtokombo, the NBA’s MVP for the past two years, Alex Sarcissus. That he remembers himself for the best league in the world, and following the offer made to him by Pao and Olympiacos he felt that the focus of Saracen and the agency was no longer there.

Madar, who is hoping to be selected next week in the NBA Draft with Danny Abdia, was the one who spoke to agency representatives and asked to end the relationship, and the next day he was approached by Steve Newman, who previously worked with Omri Caspi, and Mike Telem, two Jewish agents from CAA, representing Leave Zion Williamson and Paul George. The click was immediate.

It’s worth dwelling on Madar’s particular obsession with the NBA. The family says that at the age of four, he told his older brother Hof the following sentence: “Once I play in the NBA, you will model my clothes and shoes.”

In preparation for the bar mitzvah, the parents Zohar and Maayan wanted to see if Ben really has potential. They contacted Yogev Bardugo, an Israeli who spent most of his life in the US, played in colleges and also a bit in Israel and then started a company that specializes in developing personal abilities, and asked for a training session at sea. “It was clear to me that he would get to the Premier League even if he did not invest, to the Euroleague with a certain investment, and he could play in the NBA to the extent that he devoted his life to it.” The family wanted to be sure, Ron’s response was the same: “I told Zohar Shim to be a Euroleague or NBA player.”

How after one workout do you come to this conclusion?

“The talent dripped from his hands, and his listening and desire to learn are at the highest level.” Bardugo adds: “Every challenge I gave to the sea – he met it. He is very missionary, a killer. He is different.”

With Ron and Bardugo, Madar trains two or three times a week, but they are only part of the shell. At the same time, he performs strength training with Nimrod Kabbalah, athletics training with Amit Goldian, and also finds time to introduce boxing training with Yaakov Shmuel.

Anyone who knows Madar knows that his rapid improvement graph is not accidental, even outside of basketball. He jumped a grade at a young age because he was mentally, emotionally and mentally more mature than others. Although he did not like to study, he has a full matriculation, when he finished most of the tests in the 11th grade because he wanted to make time for basketball. , Worked hard and today he is already conducting a conversation at a very high level.

Since March, Madar has been working a lot on his shooting. “It all starts with the feet,” Bardugo says. “Once the lower body is balanced, you did most of the way to score in high percentages. We also lifted the shot bow because we believe the front of the ring is the player’s allergy.”

Every day Madar takes between 600 and 700 shots from different situations with an emphasis on the arc of the three. Recently, the work paid off, when in the draft tests he conducted (Draft Combine) he rarely missed and was ranked at the top of the players who put themselves up for the draft. The video went viral and went viral within hours.

Ron has another story on the subject of shooting that illustrates how determined Madar is to get better: “At the European Under-20 Championships last summer, the players were given a three- to four-hour break to freshen up at home. What did Yam do? Call me and ask us to practice his shot “.

Madar could have withdrawn his name from the draft lists until Monday morning (thanks to his young age he can also sign up for the 2021 draft), but two hours after Hapoel Tel Aviv’s heavy defeat to Gilboa / Galil, 88:68 on Sunday evening, he informed the Reds: “I In the draft to the end. “

Madar’s great optimism that he will be selected in the draft (estimates are talking about a second round at the moment) stems from two main reasons: Before the start of the current season, he flew to a camp in Las Vegas attended by quality players who drafted themselves. But the Israeli was not excited, surprised to see that he did not fall for his opponents and even surpassed them in many parameters. He told his friends that the Americans are impressive in their physical and athletic abilities, but since most of them played only in college and not as professionals they are not yet there in terms of maturity and understanding of the game.

The second reason for optimism is the zoom interviews Madar conducted with the NBA teams. How many groups? No less than 22. The family built him a special study at home with a computer station that would be comfortable for him in conversations in which he would sometimes talk to seven professionals from one group – from the general manager, through the team coach to several scouts.

In interviews, which sometimes ended only after an hour and a half, Madar was asked to tell, among other things, about himself and his life off the field. Also the team representatives would show him game modes, and he had to give them his solutions to the situations.

But the interview phase is not the end. Immediately upon completion Madar would stay with a technical representative of the group and answer a kind of psychotechnical test with 200 questions so that they could get to know him better.

Nothing is certain in the upcoming draft for Madar, and he knows it too. If he tried to be selected in the next draft, his chances of getting into the first round on a guaranteed contract were greater, but he felt that in light of the interest he is currently gaining, and the good momentum he is in, he should keep his name on the list, get selected in the second round and try his luck In a bilateral contract in the Development League. And even if he is not elected, there is nothing wrong with that – the rights over him will not belong to any group, and he will decide on his future.

These were the details of the news Yam Madar wants the NBA at all costs for this day. We hope that we have succeeded by giving you the full details and information. To follow all our news, you can subscribe to the alerts system or to one of our different systems to provide you with all that is new.