Apple and Sony held talks about the purchase of the podcaster... 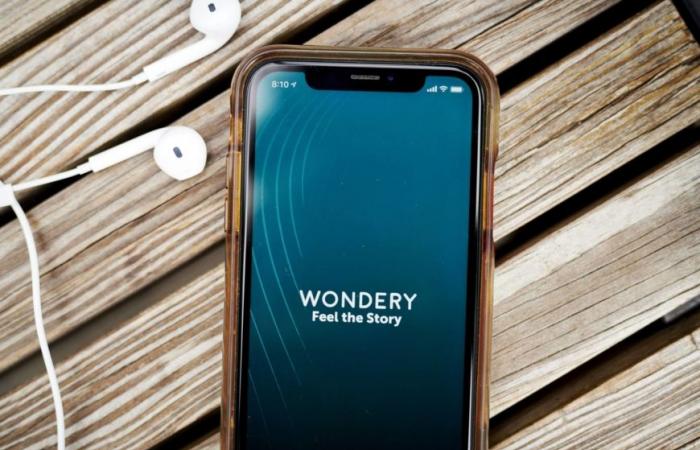 Apple Inc. and Sony Music Entertainment are each in talks about the possible acquisition of Wondery, the producer of “Dirty John” and “Dr. Death ”, so the people familiar with the matter, who create the conditions for the biggest business to date in the booming podcasting market.

Wondery is targeting $ 300 to $ 400 million (about $ 31 to $ 41.3 billion) for a possible sale, said people, who asked not to be identified because negotiations are still ongoing.

Apple and Sony are two of at least four companies that have discussed a deal with Wondery, according to one of the people. Although Spotify Technology SA has been the most aggressive buyer of podcasting companies in the past two years, the Swedish audio giant has pulled out of the race, two people with knowledge of the conversations said. A deal is expected in the coming months, but there’s no guarantee the discussions won’t fall apart.

Wondery is one of the largest independent podcasting studios and networks, reaching a monthly audience of more than 8 million people, according to Podtrac, an industry measurement company. A price of up to $ 400 million would exceed what Spotify paid for Ringer and Gimlet Media and Sirius XM Holdings Inc. for Stitcher.

It is possible that the price may put off some potential bidders, especially since the podcasting industry is still quite small. But Wondery has a pipeline of podcasts that could be turned into TV series and other content. It is already developing more than a dozen TV shows based on its podcasts, including a program for Apple about the rise and fall of WeWork.

The music arm of Sony Corp., the world’s second largest music company, has invested in a handful of podcasting projects and funded dozens of original podcasts. Sony was the most aggressive of the three major music companies in the genre that became a focus after Spotify’s investment in the industry.

For Apple, adding Wondery would be the tech giant’s biggest investment in podcasting in several years. It would also instantly give the company a strong library of original content. Apple has gotten deeper into the original series with its TV + video service in the past few years, and is also creating podcasts to step up the video effort.

After Apple first introduced iTunes to podcasting 15 years ago, it has refined its services. In recent years, the podcast app on the iPhone and iPad has been improved, a Mac app launched, new analytics tools for podcasters added, and contact with developers improved.

Apple has also acquired at least two small podcasting companies. In 2017, it bought Pop Up Archive, a startup that was developing technology to improve podcast search. Earlier this year, Apple bought Scout FM, a podcasting service that turns broadcasts into radio stations.

Spotify is the world’s largest paid music streaming service and the largest distributor for all major music companies. Right now, podcasts aren’t a massive industry – they generate advertising revenue of less than $ 1 billion (103 billion yen) a year in the United States, according to the Interactive Advertising Bureau.

However, the growth potential of the market has helped Spotify shares jump 85% this year.

Founded in 2016 by former TV manager Hernan Lopez, Wondery has produced some of the most popular podcasts in recent years. Lopez is also under a legal cloud. The manager was accused of bribing football officials while working for 21st Century Fox. Lopez has pleaded not guilty.

These were the details of the news Apple and Sony held talks about the purchase of the podcaster... for this day. We hope that we have succeeded by giving you the full details and information. To follow all our news, you can subscribe to the alerts system or to one of our different systems to provide you with all that is new.