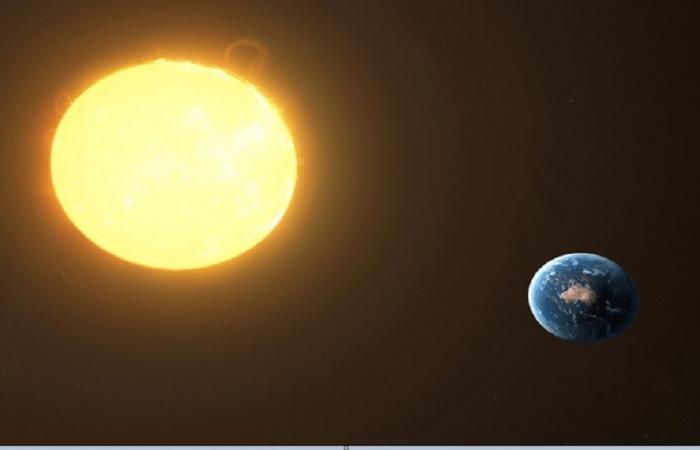 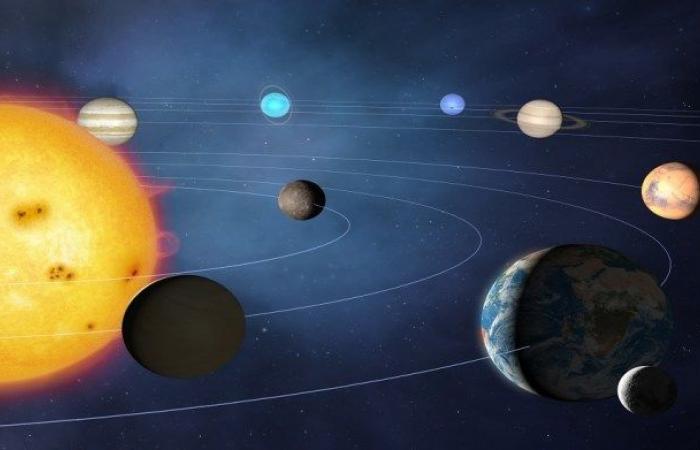 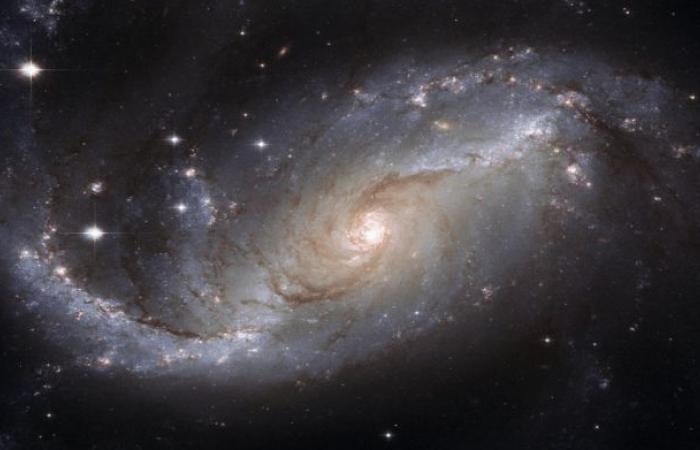 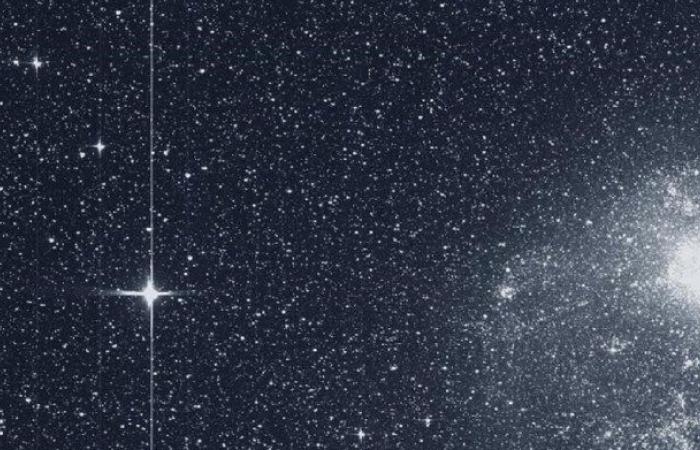 Scientists expect the death of our sun after about 4.5 billion years on average, but this event, despite its date of occurrence, but it leads us to wonder about the fate of our solar system at the time.

The problem begins before death: the first thing we have to deal with is the old sun itself, since as hydrogen continues to fuse inside the sun, the result of this reaction, helium, accumulates in the nucleus. 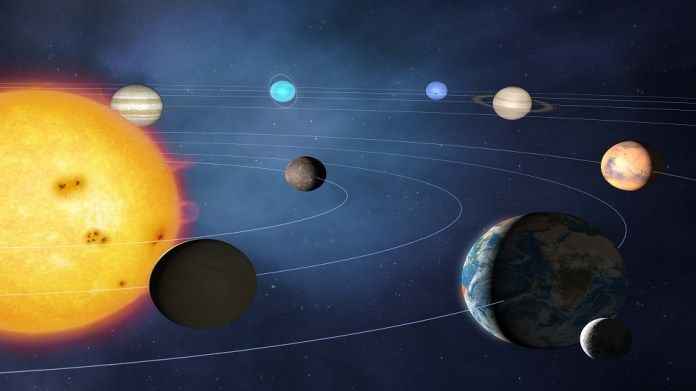 And with all the detritus scattered about it, the sun is difficult to do the fusion dance. But the internal weight of the sun’s atmosphere does not change, so to maintain equilibrium, the sun must increase the temperature of its fusion reactions, dramatically leading to a hotter core.

This means that as the sun ages, it will get brighter.

The Earth will become unmanagably hotter, our planet will be stripped of its atmosphere, and our oceans will evaporate. For a while, Earth will look like Venus, and its inhabitants will be locked in a suffocating atmosphere of carbon dioxide. Then it gets worse.

And in the final stages of hydrogen fusion, our sun will swell and enlarge, becoming distorted, swollen, and red. And this red giant sun will definitely consume Mercury and Venus. If the sun’s atmosphere reaches our world, the earth will melt in less than a day.

But even if the expansion of the sun stopped for a short time, it would not be good for the Earth. The intense energies from the sun will be intense enough to vaporize the rocks, leaving only the dense iron core of our planet.

Although Saturn’s rings are made of nearly pure water ice, the Sun will be much hotter in the future so that Saturn’s rings cannot survive. The same is true for ice-coated worlds orbiting this giant planet, such as the moons of Europe and Enceladus, which will lose the ice crust. 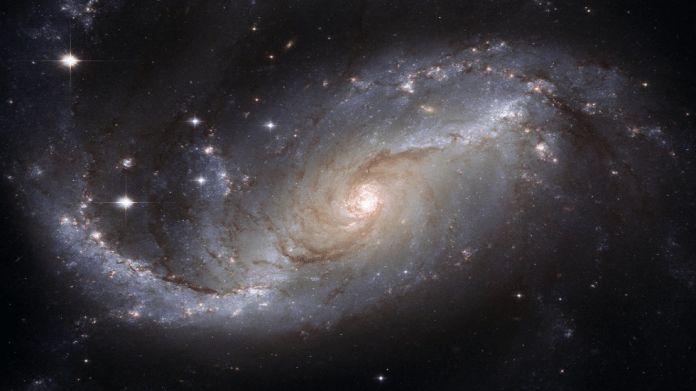 Initially, the increased radiation will destroy the four outer planets (the planets in the solar system that lie outside the asteroid belt: Jupiter, Saturn, Neptune, and Uranus), which leads to their being stripped of their atmosphere, which is just as fragile as Earth.

In the final stages of dying, the sun will repeatedly swell and contract, and beat for millions of years. This is not the most stable situation from the point of view of gravity. The disturbed sun will push and pull the outer planets in strange directions, which could lead to pulling them into its deadly embrace or expelling them completely from the solar system.

With so much heat and radiation streaming in from the red giant sun, the habitable area, the area around the star where temperatures are well suited to the presence of liquid water, will shift outside.

Initially, the moons of the outer worlds will melt, lose their ice scales and may host liquid water oceans on their surfaces. Ultimately, objects in the Kuiper Belt, including Pluto and its mysterious counterparts, will lose their ice. And the largest of them may turn into a small Earth revolving around a distant, distorted red sun. 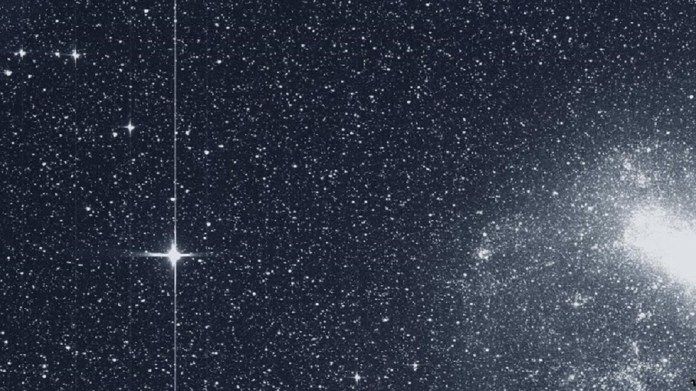 Ultimately, however, our Sun will abandon the conflict, ignoring its outer atmosphere in a series of explosions that leave behind the star’s core is a hot white mass of carbon and oxygen.

This will turn it into an amazingly hot white dwarf in the beginning, resulting in the release of x-rays that can seriously damage life as we know it. But in a billion years or so, the white dwarf will settle into controllable temperatures and simply stop after trillions of years.

This faint white dwarf will host a new habitable zone, but since the Sun will be very cold, that region will be incredibly close to it, much closer to Mercury, which orbits our sun today.

At that distance, any planet (or planetary core) would be susceptible to tidal disturbance, as the gravitational pull of a white dwarf could tear a planet apart.

These were the details of the news Will our solar system survive the death of our sun? for this day. We hope that we have succeeded by giving you the full details and information. To follow all our news, you can subscribe to the alerts system or to one of our different systems to provide you with all that is new.