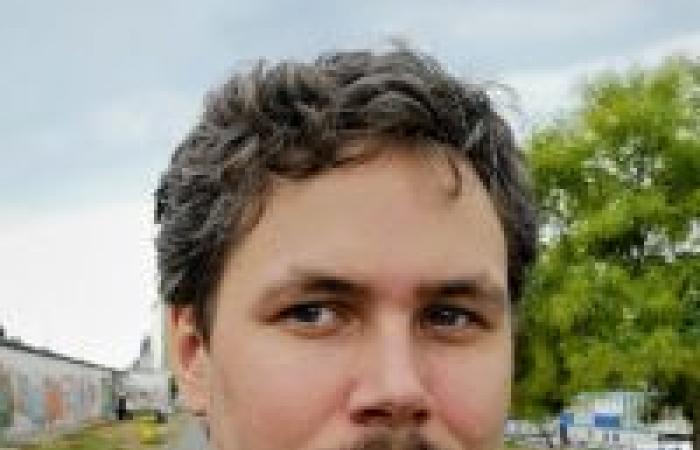 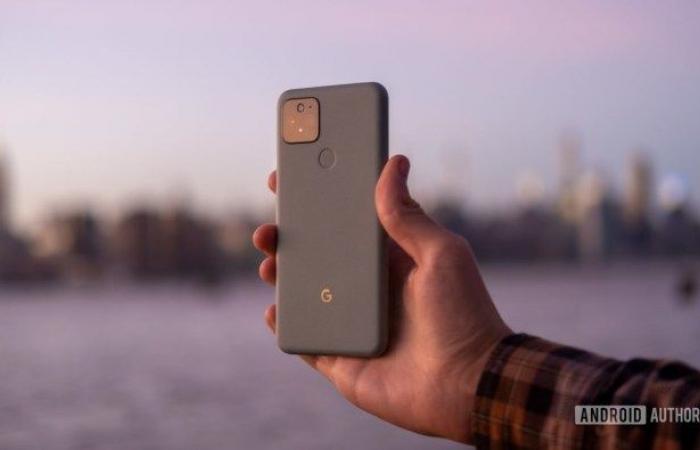 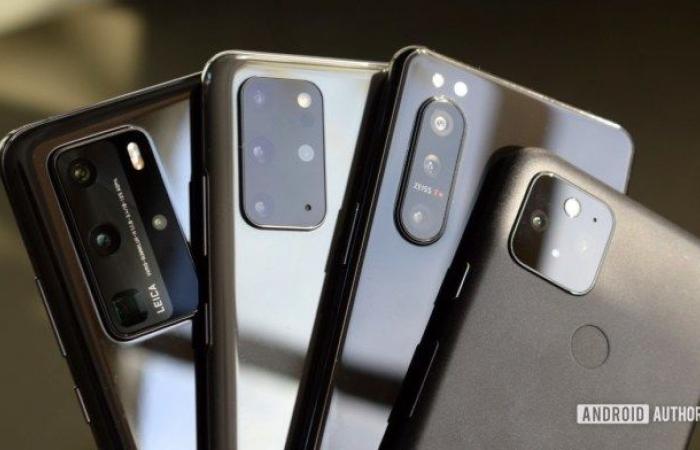 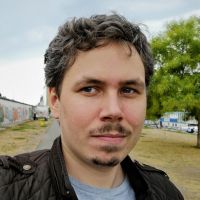 The Google Pixel 5 camera doesn’t impress me that much. Not because it takes bad photos. It’s still capable of taking amazingly good pictures for a hardware package that hasn’t changed much in years. No, what annoys me the most about the Pixel 5 is the missed potential. Google’s photo algorithms are in a league of their own, but a refusal to change the hardware formula has knocked the Pixel series off the podium this year.

I don’t want to get into too much of the various issues I encountered while shooting with the Pixel 5. Check out our in-depth shootout for a closer look at the camera. The TL; DR is, while the Pixel 5 is characterized by colors and weak light, the small sensor is very noisy by today’s standards. Super Res Zoom can’t compete with today’s telephoto lenses, and the wide-angle camera looks rather an afterthought compared to Google’s usual attention to detail. In short, it shows its age.

It’s all a shame because Google’s software bokeh, live HDR, and astrophotography algorithms are some of the best in the business. The older main sensor continues to beat its weight precisely because Google’s software closes the gap. But just think about how great a pixel camera could be if it paired more modern hardware with its top notch software.

Listed below are just a few reasons why Google needs to update its camera hardware for the inevitable Pixel 6.

A larger sensor should be a top priority

The biggest problem with the Pixel 5’s main sensor isn’t color or exposure, it’s noise. At just 1 / 2.55 inches in diameter, the sensor is tiny by today’s standards, though each individual pixel is a decent 1.4 µm in diameter. However, Huawei’s newest sensor is a much larger 1 / 1.28-inch. Samsung, Oppo and Xiaomi have also switched to similarly sized main sensor sizes. By and large, larger sensors pick up more light and suffer from less noise.

See also: Why the size of the camera sensor is more important than more megapixels

Google’s former camera boss Marc Levoy may not have seen a need to use more than 12 megapixels for detail. However, a larger sensor would significantly improve the phone’s light-sensing capabilities even with the same resolution of 12 MP. Just think how good astrophotography images could look with even more light information. Modern sensors also benefit from improved manufacturing techniques for noise reduction. After three years, it’s time to take advantage of these incremental improvements, if nothing else.

Despite their problems, large-resolution pixel cameras should also be on Google’s radar. They are increasingly becoming the industry standard, although on closer inspection they produce some strange aliasing effects. Still, it would be interesting to see what Google’s software developers could do with this additional resolution information for technologies like Super Res Zoom.

A bigger sensor would require a major redesign, but it’s the biggest single upgrade Google could make.

Of course, a bigger sensor would create a bigger camera bump and / or a thicker phone. The Pixel 5’s compact camera body would certainly have to change. But the design tradeoffs would be worth fixing the most noticeable problem with Google’s current camera package.

Telephoto and wide angle should be standard I have one rule when it comes to modern smartphone cameras: A good main camera comes first. Don’t compromise just to include two or three extra trash lenses. However, since telephoto zoom and wide angle lenses are considered standard, especially in premium tiers of the market, the next Pixel flagship should ideally include these as well.

Super Res Zoom is pretty decent already, so Google doesn’t need a crazy 10x periscope camera to be competitive here. Even the 2x telephoto lens in the Pixel 4 was good enough. Though I think something around three times would give Google a little more flexibility. Again, a good lens and larger sensor would ensure this camera works well in low light conditions – a current Google specialty.

If the big G is to come back with a different wide-angle lens, it has to do a much better job than the Pixel 5. The field of view is narrower than the competition, and its fixed focus means your shots will always be too blurry. In my opinion, autofocus is a must for the next generation. Not just to bring the picture quality up to par and help with action shots, but also to double the lens for macro shots. Wide-angle cameras are rarely used well in modern smartphones. If Google tries hard, it’s an easy win.

If you focus on high quality lenses and sensors for telephoto and wide angle cameras, you will get even better results when combined with Google’s software tricks. It would be great to use a long zoom and portrait bokeh or take ultra wide angle astrophotographs. Fancy sensors and lenses aren’t cheap, but Google will have to spend the money if it wants to charge more than average prices for the Pixel 6.

Competing software is catching up While Google is falling behind when it comes to hardware, its camera competitors are catching up quickly and competing in the software sector. Excellent HDR processing, real-time processing adjustments, high quality bokeh blur, and low-light night modes are staples of the mobile photography industry. You also don’t have to spend a fortune to get your hands on some of these features.

Connected: The best Android camera phones you can get

Computer photography is an integral part of the ethos of mobile cameras from brands like Apple, Huawei, and Samsung. The results speak for themselves. These brands all produce great photos. For example, the iPhone 12 includes a new feature called ProRaw that combines noise reduction, deep fusion, and HDR processing with the RAW format for the enthusiast. The idea combines the advantages of computer photography with the editing flexibility of RAW. I can certainly see the appeal for the serious photographer.

Google still holds a few cards in the image processing arms race, but the lead is considerably smaller than it was a few years ago. Mountain View Company may not be able to rely on this benefit much longer.

Great software is based on great hardware 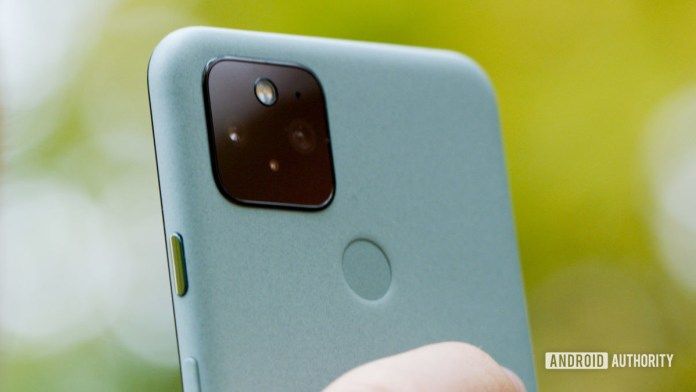 There is a symbiotic relationship between camera hardware and software. You cannot move the boundaries of one limit without having a solid foundation in the other. While the Pixel 5 is still taking some great pictures, especially for its price range, it’s becoming increasingly clear that Google is reaching the limits of its software on the current hardware platform. As its competitors get closer to software, Google needs new hardware to stay competitive.

Imagine how great a pixel camera could be when it combines more modern hardware with its top notch software.

Google’s next big leap in camera capabilities will only come with a hardware upgrade in tow. It wouldn’t cost much to bring the company up to speed either. Less noise and more detail from a larger sensor, better physical zoom, and high quality wide angles are easy to achieve. Looking to the future, hybrid image processing with multiple cameras, rapid mixing of multiple ISO and exposure values, and improvements in machine learning could improve the software’s image quality even further. With better hardware, Google could maintain and even expand its software lead.

What would you like to see from the Pixel 6’s camera package? Should the company continue to focus on software improvements or is it time for an updated hardware package?

These were the details of the news Why Google needs to update the camera hardware to match the... for this day. We hope that we have succeeded by giving you the full details and information. To follow all our news, you can subscribe to the alerts system or to one of our different systems to provide you with all that is new.