Xiaomi and Samsung laugh at the lack of a charger and... 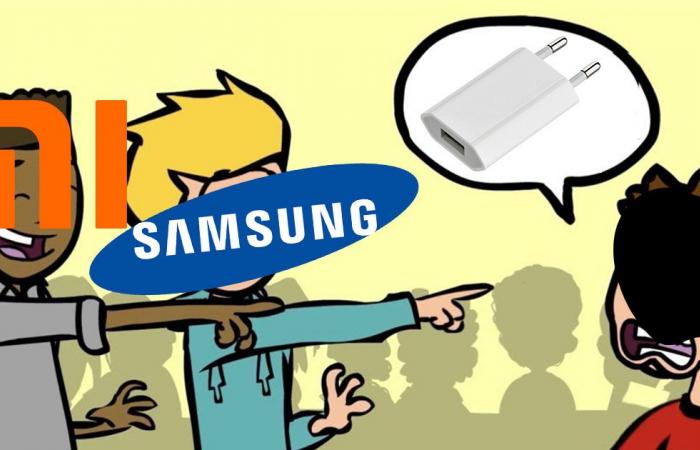 Earlier in the week, Apple presented the different models of the iPhone 12. And, surprisingly, when purchasing the phone, the phone does not come with the usual chargers and headphones (in certain countries only), since you will have to go to the cash register to acquire them. The Xiaomi brand has decided to mock this bias, a mockery that is not to the taste of some Internet users.

a joke in bad taste for some

It was through a short video of barely 5 seconds that the Xiaomi brand decided to make fun of Apple, its iPhone 12 and above all, the lack of a charger. On the side of the Cupertino company, this decision results from an environmental conscience. Apple justified itself by explaining that all technophiles already had one, or even several chargers at home. At a time when the planet is slowly being killed, efforts should be increased. Xiaomi did not miss this opportunity to break sugar on the back of the American giant. It’s through a tweet, which reads: “Don’t worry, we haven’t forgotten anything with the Mi10TPro box“, that the Chinese manufacturer mocked its counterpart.

Problem: Internet users did not find this mockery in good taste. “If you support us like Apple does with its customers, I will buy the charger myself. Software support should be the priority, not a piece of plastic !!!“can we read under the video.”Does that mean you don’t care about the environment and our future life ?! It’s a shame…another continues. Reactions that quickly garnered several hundred likes, although Xiaomi’s video currently has more than 31,000 likes and nearly 6,000 retweets.

Of the second degree which aroused strong reactions on Twitter. Especially since the initiative risks being adopted by other manufacturers. On October 13, Samsung also mocked Apple on Facebook, praising the merits of its charger and its Galaxy range, while recalling that the latter is included with the phone. However, rumors from the halls suggest that the South Korean giant would follow in Apple’s footsteps, to save money. An initiative which would also represent a further step for the environment. Anyway, this ecological concern has been well seen by technophiles who should support similar decisions.

*The article has been translated based on the content of Source link by https://hitek.fr/actualite/iphone-12-xiaomi-moque-abscence-chargeur-_24961
. If there is any problem regarding the content, copyright, please leave a report below the article. We will try to process as quickly as possible to protect the rights of the author. Thank you very much!

These were the details of the news Xiaomi and Samsung laugh at the lack of a charger and... for this day. We hope that we have succeeded by giving you the full details and information. To follow all our news, you can subscribe to the alerts system or to one of our different systems to provide you with all that is new.