Leaking the camera specifications of the Samsung Galaxy A51 successor 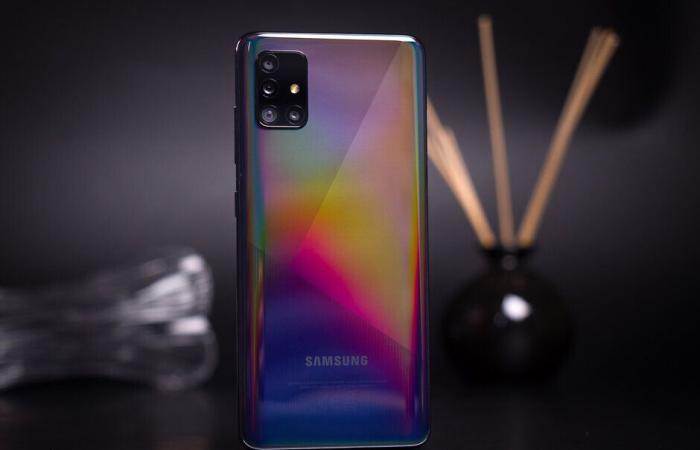 Korean media are Samsung Electro-Mechanics, the company’s own manufacturer of camera modules, will not only find its way into the flagship series S-Line or Note, but also into the middle class of the A-series.

Local industry sources say Samsung Electro-Mechanics has won the order for the main camera modules for the upcoming Galaxy A52 and A72 2021 models, which Samsung may announce as early as December if history suggests it.

Those two positions in the Samsung midrange and upper midrange are selling in the tens of millions, and the company has noticed. Therefore, it tries to bring the camera goods to the lower market in order to consolidate its status as a best seller.

Here is a list of the expected camera specs for the Samsung Galaxy A72:

However, the A51 ships with a quad camera, and the same number is retained for the A52. So which of the above modules is present on the A72 but missing on the A52? That remains to be seen, but Samsung has to somehow label the A72 as a top midranger, and given that a telephoto camera will be the new feature, one might be missing for the cheaper A52.

Well, the resolution of the main camera resolution and the depth bokeh sensors could at least be impaired. Remember, this isn’t the first time we’ve heard that the Galaxy A52 will also sport a 64-megapixel main camera. So where there is smoke, there can be a fire in December.

In any case, the average number of rear cameras on Samsung’s phones will increase from two this year to three in 2021. This is good news for the company that makes its own camera sensors. According to Samsung Electro-Mechanics General Manager Bae Kwang-wook:

The introduction of high-performance modules with multiple cameras for smartphones is being expanded to include products in the medium price range. We are considering introducing a high-performance camera module for mid-end smartphones. We will expand our business by securing price competitiveness.

There you have it, the 2021 Galaxy A-series will have as many and powerful cameras as this year’s flagship Galaxy S20 and S20 + models will most likely ship with 1080p displays and large batteries, giving them a further boost in endurance.

The only hot part in comparison would inevitably be the chipsets Samsung packs them with, but given that the Galaxy A71 and A51 already come with high-midrange chipsets, Qualcomm’s Snapdragon 765G or its successor will be more than enough be to justify a purchase at a likely much lower price. Here is a list of the expected specs of the Samsung Galaxy A52 camera:

Of course, even with this ample set of souped-up camera sensors, the 2021 Galaxy A-series will still have a steep hill to climb against Chinese juggernauts like OnePlus, which are notorious for introducing flagship features at mid-range prices, but it kind of doesn’t. This does not apply to the camera specifications, where software is still more important than hardware to the end result. In any case, December is not far off, so we’ll tell you all about the upcoming Galaxy A72 and A52 specs when Samsung announces the release date and price tiers.

These were the details of the news Leaking the camera specifications of the Samsung Galaxy A51 successor for this day. We hope that we have succeeded by giving you the full details and information. To follow all our news, you can subscribe to the alerts system or to one of our different systems to provide you with all that is new.