Apple MacBook with ARM processor could arrive in November 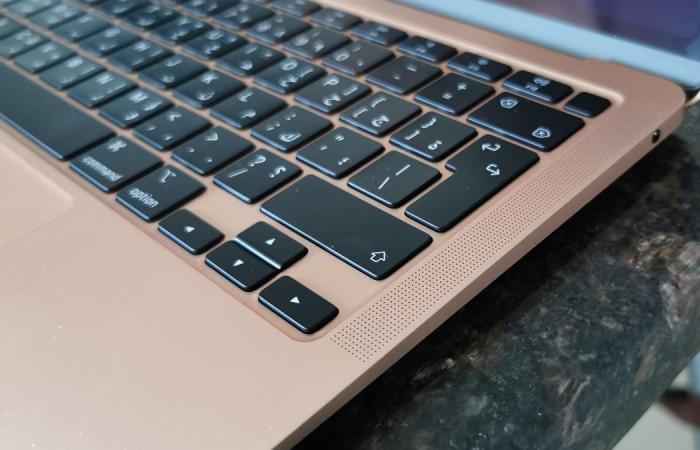 Apple’s first Mac with an ARM processor will be a laptop and will be launched in November according to the latest rumor mill.

This emerges from a Bloomberg report by Mark Gurman, a well-known Apple leaker, who insists: “The first Mac laptop with Apple’s own processor will, among other things, come onto the market at another market launch in November.”

When Gurman says “another” launch, he’s referring to one after the big iPhone 12 event that Apple (almost certainly) has planned in just a few days on October 13th.

As MacRumors, who discovered this, notes, Gurman had previously indicated that an ARM-powered Mac would arrive by November, meaning that an October launch seemed a possibility – perhaps alongside the new iPhone – but it seems like it isn’t and will be now im November.

As always, handle this with the usual caution that should be applied to any rumor, but the source has a good track record in this case.

As mentioned earlier, Gurman’s assumption is that this first device is a laptop, although the rumor mill can’t seem to decide which MacBook models with ARM chips (possibly a MacBook Pro, MacBook Air, or the return one) to send First up is the vanilla MacBook 12-inch – or a combination of the above devices).

Apple, of course, has previously promised to ship an ARM-powered Mac before 2020, though the laptop-grapevine enthusiasm that followed suggested that problems with Covid-19 could potentially undo Apple’s plans and we could see a delay until 2021, however also heard theories about a November launch floating around at the same time, and Gurman’s new report underscores that possibility.

Another heavyweight Apple leaker, analyst Ming-Chi Kuo, assumes that a 13-inch MacBook Pro may come onto the market alongside a MacBook Air with ARM CPUs in the last quarter of 2020.

An obvious line of attack for Apple is making an extremely affordable laptop to point out an obvious benefit of switching from Intel to ARM to convince early adopters to make this big change – and there have been rumors that we might see the cheapest MacBook will emerge in years. Keep your fingers crossed in this regard.

These were the details of the news Apple MacBook with ARM processor could arrive in November for this day. We hope that we have succeeded by giving you the full details and information. To follow all our news, you can subscribe to the alerts system or to one of our different systems to provide you with all that is new.