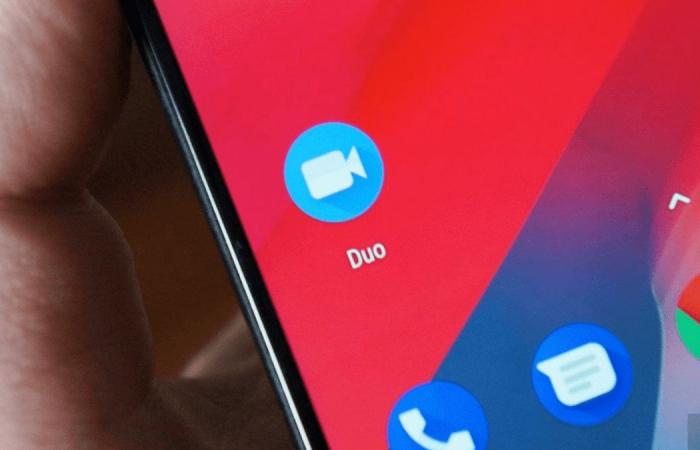 A new feature has appeared in the popular video chatting app Google Duo, through which the user can share his screen with his chatter during a video call.

In this context, the technical report “Engadget” indicated that users no longer need to run a separate application and service to show who they are communicating with on the screen of their smartphones with the presence of the new feature, and this feature can be useful for sharing videos, photos, documents, etc.

It is reported that the new feature in Google Duo had become known at the end of last month, when an ad appeared on an account Google The official website on “Twitter” states: “Share new moments with your friends on Google Duo, now you can use screen sharing to display photos and videos together, as well as schedule meetings during video calls.”

Then, the giant research developer quickly deleted the tweet, but a few days ago, he began rolling out the same feature among Duo users on Android devices.

Besides Google Duos screen sharing feature, Google also announced that various features will be available on more devices Android This year, it also revealed a new security feature that arrives in the form of alerts, and these alerts are designed to act as security alerts that inform the user if a hacker breaks into their account.

It should be noted that with the introduction of the screen sharing feature, it may not be available to all Google Duo users on Android at this time.

These were the details of the news Google introduces the Google Duo screen-sharing feature for video calls and... for this day. We hope that we have succeeded by giving you the full details and information. To follow all our news, you can subscribe to the alerts system or to one of our different systems to provide you with all that is new.