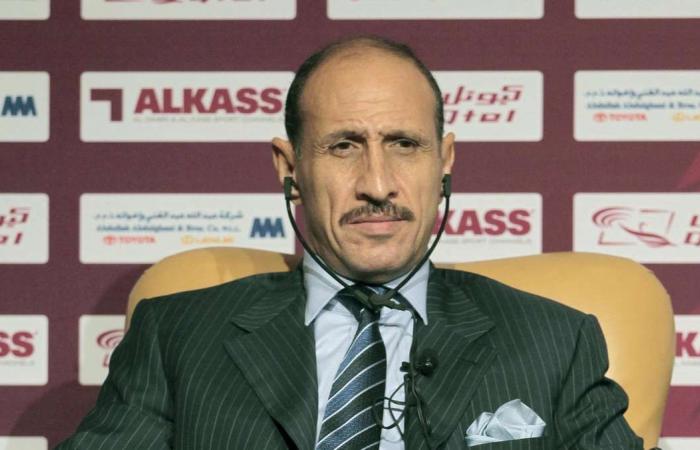 Hind Al Soulia - Riyadh - Adnan Dirjal, one of Iraq's most celebrated footballers, has been appointed as minister of youth and sports in the country’s new cabinet.

The former national team captain, who also managed his country, takes his place in the administration after Mustafa Al Kadhimi was voted in as Prime Minister on Wednesday night.

Dirjal, 60, is expected to prove a popular appointment given his status in Iraq.

Born in Baghdad, the former central defender rose to prominence with Al Zawraa in the late 1970s, helping his team win the 1978/79 Iraqi league and cup double. He then spent trophy-laden spells at both Al Talaba and Al Rasheed, capturing domestic and regional titles at the latter.

However, Dirjal's success was not confined to club football. In 1979, he was part of the Iraq team which secured a first Gulf Cup title. Staged in Baghdad, the hosts won all six of their matches. Dirjal would go on to lift the Gulf Cup twice more, in 1984 and 1988, while also representing his country at three successive Olympic Games between 1980 and 1988. He famously scored the goal against South Korea in March 1984 which ensured their qualification for the Los Angeles Games that summer.

Dirjal was a key component of the team which captured gold at the 1982 Asian Games in India, where Iraq defeated Kuwait in the final. It remains their only gold at the event. Yet injury robbed him of the chance of competing at the 1986 World Cup in Mexico – Iraq’s first and, as of yet, only appearance at a global finals.

Dirjal retired from the national team in 1990 and, with 121 caps, sits third on the country’s all-time list for appearances. Only Hussein Saeed, a former teammate, and 2007 Asian Cup-winning captain Younis Mahmoud have more.

Dirjal would manage Iraq not long after, from 1991-1993, while he also served as secretary general of the Iraqi Football Association from 1990-1993 before embarking on a coaching career in club football.

These were the details of the news Iraq football legend Adnan Dirjal appointed minister of youth and sports in new cabinet for this day. We hope that we have succeeded by giving you the full details and information. To follow all our news, you can subscribe to the alerts system or to one of our different systems to provide you with all that is new.