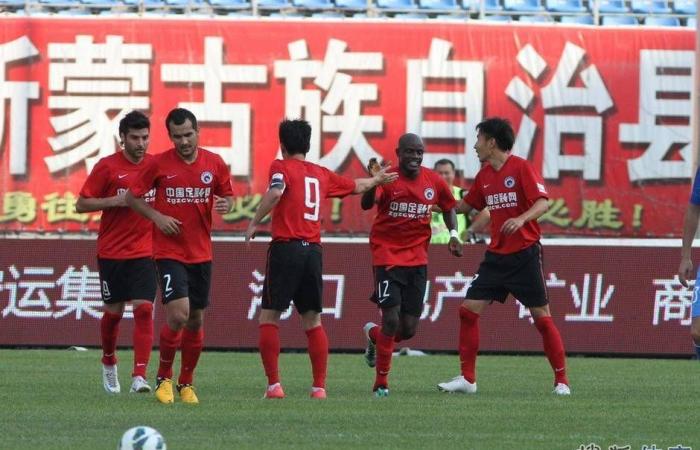 Three decades ago Liaoning FC were the standard bearers of Chinese football, sweeping aside all before them domestically and across Asia, but their 67-year history may soon be consigned to the scrap-heap as financial woes threaten to bring them down.

Six league titles in seven years, plus two Asian Club Championship final appearances, marked Liaoning out as one of the region's top outfits but recent times have not been as kind.

Liaoning have dropped down to China's second tier and now stand on the cusp of closure as financial issues start to affect the game outside the Chinese Super League, the top flight of the country's professional pyramid.

Headline-grabbing transfer fees and mammoth salaries have lured some of the sport's biggest names to China in recent seasons, even as authorities have sought to curb extravagance.

Regulations have continually been updated in a drive to stop clubs spending beyond their means and encourage owners to invest in development rather than big foreign names approaching the end of their careers.

But despite those efforts, some clubs - including Liaoning - look destined to become casualties of Chinese football's relentless growth.

"For the whole of 2019 I haven't received a salary from them," Zambian Jacob Mulenga, who joined Liaoning at the start of 2018, told Reuters by telephone from the Netherlands.

"I've been playing in China for five years and my previous club, Shijiashuang, was extremely professional and everything was done on time.

"But then I went to Liaoning and the problems started."

Mulenga has taken his case to Fifa, the sport's governing body, but he and the rest of the club's players remain "in limbo" as the Chinese Football Association has yet to decide Liaoning's fate.

A CFA decision on Liaoning has been expected since last week after the club failed to provide evidence to authorities they had cleared their debts and had paid employees' salaries.

"Everyone is expecting a decision and no decision has been made," says Mulenga.

"That leaves everyone in limbo. How can the players go to other clubs? They don't know if they're free or not free. Everything is in the middle."

The Covid-19 pandemic has made things even more complicated, he added.

"With the virus going on everyone in is in lockdown and people are not able to go out and find a job. And on top of that you haven't been paid since 2018," he said.

"In this case, where is the ethics committee? We have written to FIFA and the Chinese FA but we still haven't had a response from anyone. This is something that's really serious. A decision has to be made."

Tianjin Tianhai, previously owned by the Quanjian group, were also former high fliers in Chinese football and, under coach Fabio Cannavaro, finished third in the 2017 standings to qualify for the Asian Champions League.

These were the details of the news China's once-dominant Liaoning face closure as players go unpaid for this day. We hope that we have succeeded by giving you the full details and information. To follow all our news, you can subscribe to the alerts system or to one of our different systems to provide you with all that is new.