Nadal wins the Australian Open and sets a world record |... 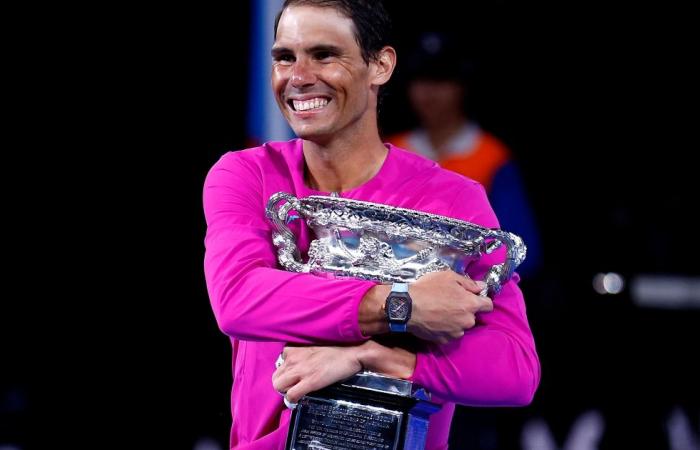 Rafael Nadal edged out Daniil Medvedev in a thrilling Australian Open final on Sunday, rebounding after losing the first two sets to claim his 21st Grand Slam title – a world record – after a few months of fear that his career could be ended through injury.

With Novak Djokovic deported from Australia at the start of the tournament, and Roger Federer suffering a knee injury, the Spanish legend is now leading one title in the battle between the “Big Three” after winning 2-6, 6-7, 6-4, 6-4, 7-5 in the final Fun at Rod Laver Arena.

Nadal enjoyed massive support from the fans, playing one of his best matches to deny Medvedev the title yet again and less than three years after beating the Russian in five sets in the 2019 US Open final.

In an action-packed match, Nadal needed two points to win the title, but lost his serve after taking a 5-4 lead in the final set.

But Nadal regained his strength and broke Medvedev’s serve, then won the last game without losing a point, ending the battle.

Nadal tossed his racket, grabbed his head firmly, then hit the tennis ball away and celebrated wildly on the court.

The victory came against the logic and expectations, as the 35-year-old achieved his first victory in a five-set match after losing the first two sets in 15 years, and since his victory over Mikhail Youzhny in the fourth round of Wimbledon in 2007.

Many of the features of the bilateral confrontations between Nadal and Federer may have faded, but the fighting spirit remains present and was the decisive element in the Spanish player’s success in recovering from injuries.

Nadal missed the last Wimbledon tournament due to fatigue and then moved away from the US Open due to a foot injury, and was about to retire towards the end of 2021, but he was happy just to participate in Melbourne this year.

Nadal won seven strong matches to become the fourth man to win at least two titles in each of the four major events, after Djokovic, Rod Laver and Roy Emerson did.

Now, more than ever, world number one Djokovic may bemoan his failure to defend his title in Melbourne after refusing to get vaccinated against Covid-19.

Djokovic’s deportation caused controversy before the tournament, but it opened the door for everyone to compete, and Nadal managed to gain an advantage in the exciting race for the Grand Slam titles.

These were the details of the news Nadal wins the Australian Open and sets a world record |... for this day. We hope that we have succeeded by giving you the full details and information. To follow all our news, you can subscribe to the alerts system or to one of our different systems to provide you with all that is new.