Shmuel Lalkin, head of the delegation to Munich, passed away 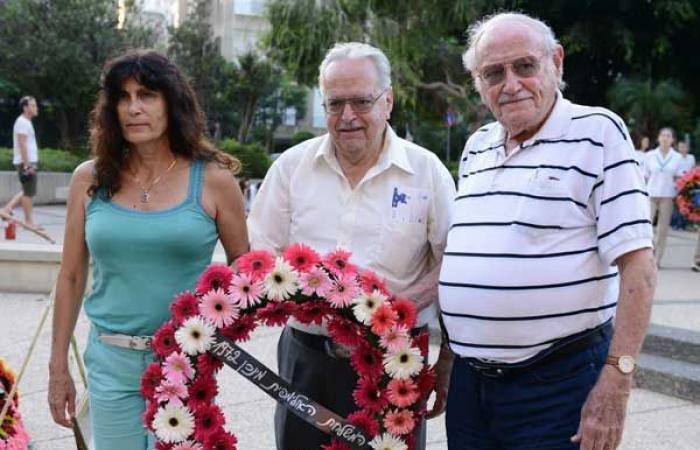 The family of Olympic sports in Israel and the entire sport bow their heads, upon learning this morning (Thursday) of the death of Shmuel Lalkin, who headed the Israeli Olympic delegations at the 1968 Mexico Olympics, Munich 1972, Montreal 1976 and Los Angeles 1984. In addition, he headed Israeli delegations to the Games. Asian peoples in 1970 and 1974. In about three months he was due to celebrate his 95th birthday.

Shmuel Lalkin, a native of Tel Aviv, had a military career for many years, beginning with the Palmach. As a platoon commander, he led a patrol unit in the south that was captured by the British and sentenced to two years in prison. He participated in the liberation of Jerusalem during the War of Independence. In his youth, he was a volleyball and table tennis player at Hapoel Tel Aviv.

Lalkin served for 35 years as CEO of the Sports Association, between the years 1962-1995 and was one of the most influential figures in sports in Israel.

The life of Shmuel Lalkin, who was the head of the Israeli delegation to the 1972 Munich Olympics, was saved because his room in the Olympic Village was about ten meters away from the residence of the Israeli delegation, 11 of whose members were killed by terrorists. In a ceremony in their memory at the Olympic Stadium, on the day of the murder, which was broadcast live to millions of viewers around the world, Shmuel Lalkin delivered an unforgettable speech in Hebrew, in which he stated that Israel would continue to perform in the Olympics in the future and became an integral part of the Olympic massacre.

Shmuel Lalkin was the chairman of the Foundation for the Encouragement of Athletes of the Olympic Committee in Israel, and is loyal to the foundation to this day. For many years he was a public activist at the Olympic shooting range in Herzliya and the Wingate Institute.

These were the details of the news Shmuel Lalkin, head of the delegation to Munich, passed away for this day. We hope that we have succeeded by giving you the full details and information. To follow all our news, you can subscribe to the alerts system or to one of our different systems to provide you with all that is new.