Maccabi Tel Aviv: advanced to the Winner’s Cup final after 72:92... 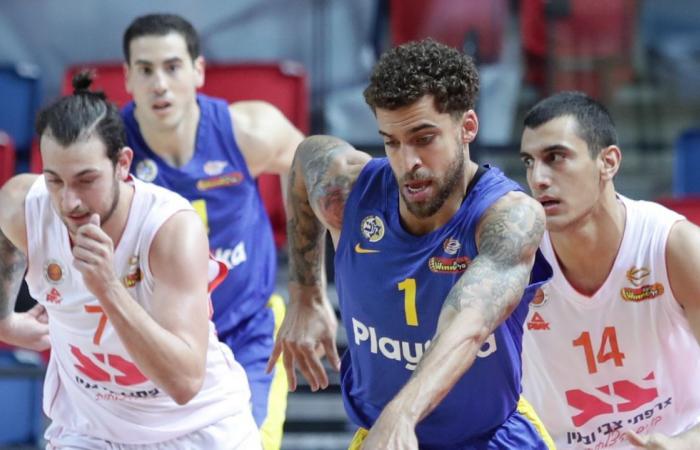 After Hapoel Holon secured their place in the Winner’s Cup final yesterday (Saturday), tonight they found out when they meet Maccabi Tel Aviv, who defeated Maccabi Rishon Lezion 72:92 in the second semifinal game. The final date will be announced later.

The two teams met in the Final Four last July, when the Yellows won the national championship after a very close game. In tonight’s match at Heichal Shlomo, the story was a little different. Already in the first quarter, Scotty Wilbkin entered the game, and with him also Tyler Dorsey and Ante Zizic, who led Maccabi Tel Aviv to a tremendous 18:32 at the end of the first quarter.

Elijah Bryant, Chris Jones and Dragan Bender did not sign up for the game on the part of the national champion, but it seems that Yannis Sapropoulos’ wide squad did the job. Max Heidegger, Idan Albert, Dori Sahar and the other players who usually receive little credit were given minutes on the floor at Heichal Shlomo.

In the third quarter, when the difference was at its peak with 26 points difference between the teams, Rishon Lezion began to wake up. Achilles Mitchell’s points, plus the good ability of Noam Dovrat slowly made up for the gap. Isaiah Taylor’s basket dropped to single digits, but in the final quarter Sapropoulos placed the heavy guns on the hardwood and won the game.

These were the details of the news Maccabi Tel Aviv: advanced to the Winner’s Cup final after 72:92... for this day. We hope that we have succeeded by giving you the full details and information. To follow all our news, you can subscribe to the alerts system or to one of our different systems to provide you with all that is new.