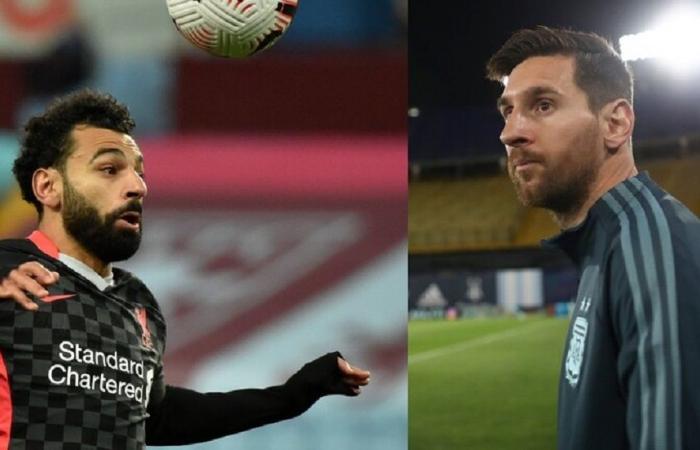 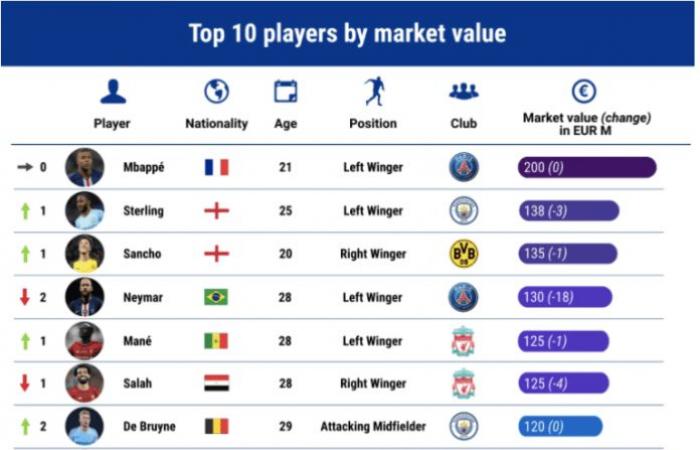 The site “KPMG Football Benchmark”, which specializes in football statistics and the market value of players, revealed the list of the ten most expensive players by market value in the world for the month of October.

The new list saw the retreat of the Egyptian Mohamed Salah, the star of Liverpool, the Argentine Lionel Messi, captain of Barcelona, ​​and the Brazilian Neymar, the striker of Paris Saint-Germain.

French Kylian Mbappe, star of Paris Saint-Germain, topped the list of the most expensive players in October, with a market value of 200 million euros, without a decrease or increase from the previous report.

On the other hand, his colleague Neymar slipped two places back, to finish fourth with a value of 130 million euros.

The English duo, Raheem Sterling and Jadon Sancho, ranked second and third, with a market value of 138 million euros and 135 million euros, respectively.

Here is the list of the ten most expensive players by market value in the world for October: 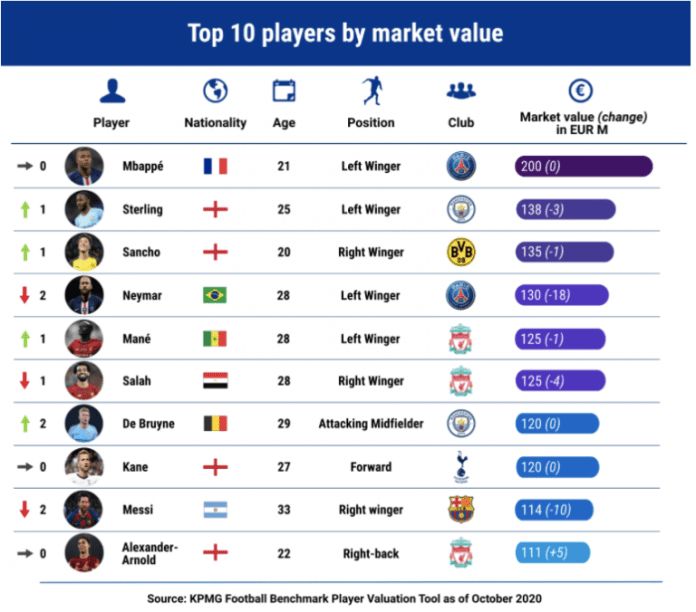 Several factors determine the market value of the players, including the value and duration of their contracts and the clubs they play for, in addition to the age factor, which is why Messi (32 years) occupied a late position, while Juventus striker Cristiano Ronaldo (36 years) did not enter the list. The top ten.

These were the details of the news Find out the list of the most expensive players in the... for this day. We hope that we have succeeded by giving you the full details and information. To follow all our news, you can subscribe to the alerts system or to one of our different systems to provide you with all that is new.