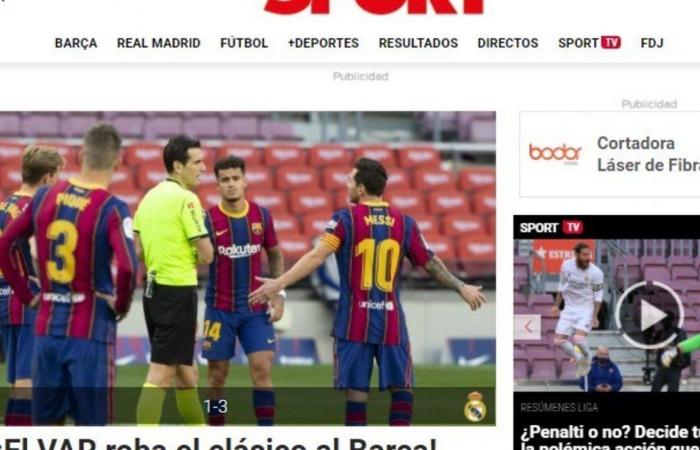 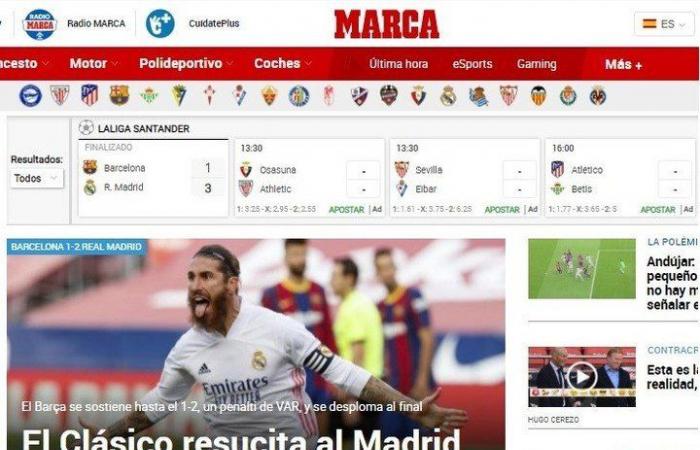 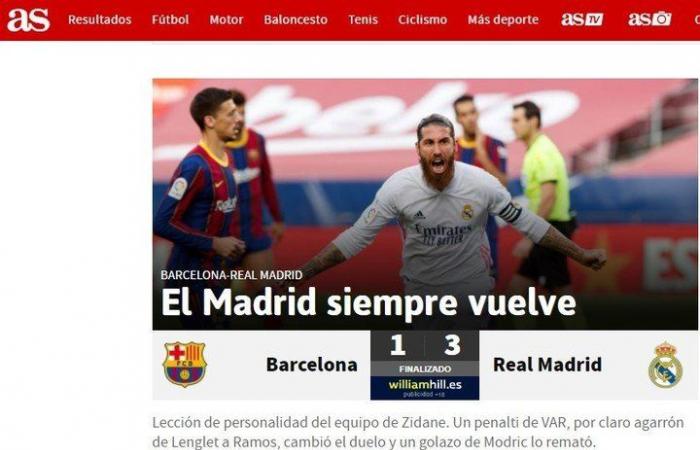 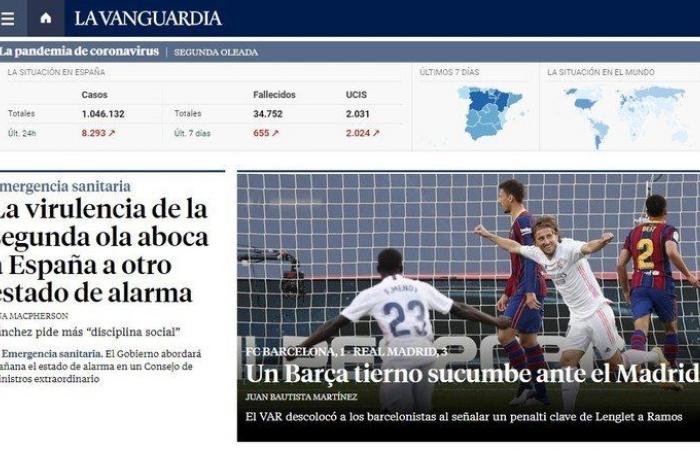 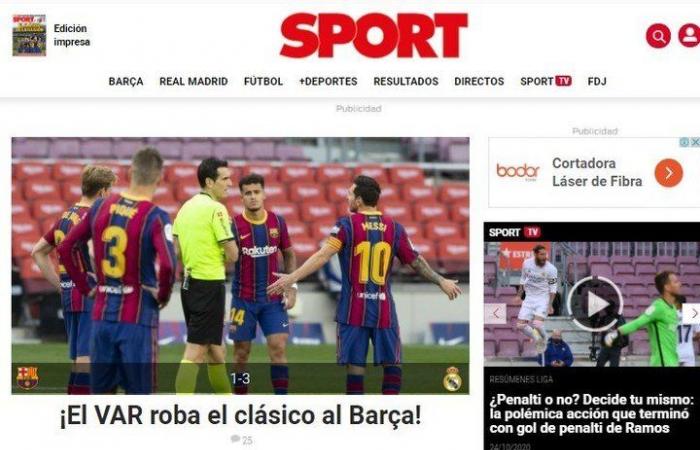 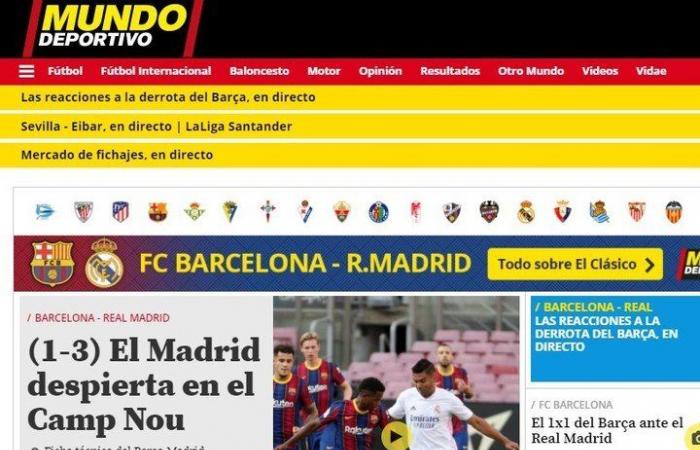 The 3 to 1 victory in the Real Madrid classic against Barcelona gave way to very different analyzes from the press. The one from the Spanish capital highlighted the attitude shown by the team led by Zinedine Zidane at the Camp Nou, while the Catalan one placed special emphasis on the intervention of the referee video assistance system and on the work of judge Juan Martínez Munuera, considered determining factors in the end of the game.

El Mundo considered that the French coach, “so many times accused of being a simple group manager, lectured (Ronald) Koeman at the Camp Nou” and recalled “how many times Zidane was shown the way to the scaffold, and how many times he turned around”. Instead, he presented Barça as a team that “ended up in a mess, disoriented and without any structure.”

Front page of the newspaper El Mundo after Real Madrid’s victory against Barcelona at the Camp Nou.

For Marca, “Real Madrid regained leadership and pride in the most complicated setting, the Camp Nou, with a hard-won and worthwhile victory, rounded off with a spectacular finale that could end in a landslide.” And he evaluated that the much-discussed penalty from French Clément Lenglet to Sergio Ramos had been correctly sanctioned.

Front page of Marca newspaper after Real Madrid’s victory against Barcelona at the Camp Nou.

For As, it was “a low-profile derby, but as passionate and even as most”, and also a “personality lesson from Zidane’s team” against an opponent “still under construction, still flanked by (Lionel) Messi, with good signs coming from the future, but far from the imperial era ”.

As for the most controversial maneuver of the day, he assessed that it had been “a penalty that the referee should have seen when Lenglet enlarged Ramos’ shirt two sizes with a stupid grip.”

Cover of the newspaper As after the victory of Real Madrid against Barcelona at the Camp Nou.

The look in Catalonia was very different, where the main focus was on the work of Martínez Munuera and the VAR. According to La Vanguardia, “Barcelona competed until the referee reviewed a fall by Sergio Ramos in the area and considered that Lenglet had grabbed him by the shirt with enough force to decree a penalty.” “He was also able to appreciate a little prior push from the white defender but it is already known that, when in doubt, the refereeing movement usually favors Madrid,” he shot.

Front page of La Vanguardia newspaper after Real Madrid’s victory over Barcelona at the Camp Nou.

Anyway, he did not spare questions about the performance of the Blaugrana cast, “which did not have the necessary character to rebuild. He lacked verve, bellows, with a Messi down in the final stretch, and ideas ”. There was also no lack of sticks for Koeman, who “was petrified between protests and did not make any relief until the 81st minute.”

Sport did not go around with little ones: “VAR steals the classic from Barça!”, He titled. “The Blaugrana push was cut short by the intervention of Madrid’s traditional ally in recent times: the VAR,” he added, and considered that it had been “another scandal that ended with the Madrid captain’s penalty goal.”

Front page of the Sport newspaper after Real Madrid’s victory against Barcelona at the Camp Nou.

Mundo Deportivo paid a little more attention to the game and its consequences, and not so much to the damn play, beyond noting that the Madrid cast “was graced with the changing criteria of Martínez Munuera in a VAR penalty.”

“Zinedine Zidane arrived dying at the Camp Nou and leaves strengthened. His Madrid reacted with a prestigious triumph that, in addition, the one that he now leaves touched is his greatest rival, who had his chances to get ahead in the second half but was slowed down by Ramos’ goal, ”he analyzed.

These were the details of the news What the newspapers say after the hard blow that Real Madrid... for this day. We hope that we have succeeded by giving you the full details and information. To follow all our news, you can subscribe to the alerts system or to one of our different systems to provide you with all that is new.