Moto2: The loss due to coronavirus makes Rossi call “more than... 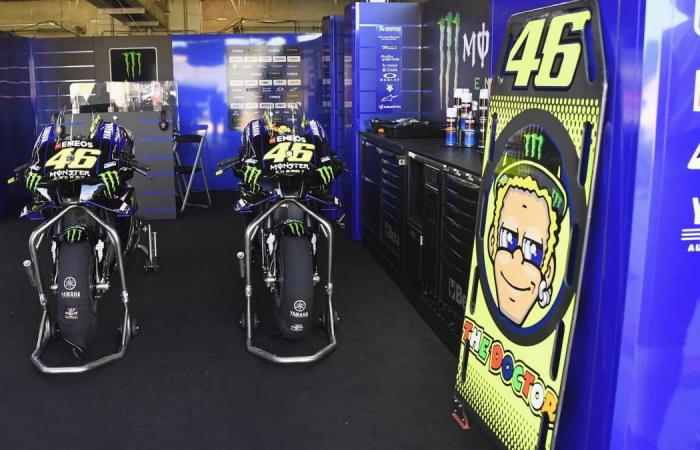 Pablo Nieto and the rest of the members of the Sky VR46 for Moto2 and Moto3 they have a very particular boss. Is about Valentino Rossi, that for the second consecutive grand prize he has to follow the races from his home in Tavullia, Italy, for testing positive for coronavirus, and is in direct contact with the box captained by the son of Maestro. “Being at home he called us a little more than usual”, the Madrilenian claimed smiling in the Dazn during FP1 of the intermediate class of the GP of Teruel, but without any reproach for the grill that a boss with such a record can give.

“Valentino, you want me not, Every time he calls you, he helps you a lot, and more so with everything he has been through. We are lucky to have Valentino in that sense and on top of that, being at home he has called us a little more than usual. (Smile). From home it looks completely different, but the truth is that any advice from ‘Vale’ has to be taken one hundred percent, because it has a brutal experience and it helps a lot “.

That is exactly what Pablo has said on TV. Then in phone conversation with AS from the paddock from MotorLand, he laughs when asked if ‘The doctor’ he’s more like a beating for being bored at home. He laughs again, and says, “Well, he’s locked up at home. Last week he was physically worse and thus he spent more time in bed and resting, But now that he’s starting to feel fine and can’t do anything, it’s a little harder for him to be home and It gives us more war, but a positive war. “

When asked what it is that affects the most Vale when you call them on the phone, Pablete He says that “what he really does is ask. I tell him how the situation is and he tells me:” Understood. All clear “. He asks a bit about everything, about how the training went, about the tire strategy made, the one that we are going to take … He is up to date on everything “.

Last Sunday they had to suffer with the Moto2 test of Aragon 1, because Marini went to the ground on the third lap when he was sixth, which in the end meant the loss of the leadership, and Bezzecchi also fell two from the end when he was going to win and become leader of the general classification. According to Nieto, “Valentino was upset, like everyone else, but he has lived through this more times and what he told us is that there are 100 points left, which is a lot, and that we have to keep pushing, because we are there.”

An interesting point in that Rossi’s box is the relationship between his brother and Bezzecchi. The two have consistently collaborated in practice with one another and now fight for the title alongside Bastianini and Lowes. On how is the relationship between the two teammates, Pablo explains: “Yes it is true that in the last two or three races things have cooled down a bit, because obviously they are both fighting for the championship, but they do think in the box that it is super important to recover their mutual collaboration, because Bastianini and Lowes are alone, with what being two and going together you can have more strength “.

Rossi, who has always been a cannibal with his boxmates, supports that theory according to the Nieto middleweight: “Of course Valentino wants them to work together. He would do it and he approves of it with his riders. In modern motorcycling, two are stronger as a team than one alone.” Interesting reflection, although it is really hard to believe that the pilot Rossi, not the team leader, was capable of really working like that, for example, with Maverick, who is his current partner, and let alone others from the past like Lorenzo …

*The article has been translated based on the content of Source link by https://as.com/motor/2020/10/23/motociclismo/1603451676_058129.html
. If there is any problem regarding the content, copyright, please leave a report below the article. We will try to process as quickly as possible to protect the rights of the author. Thank you very much!

These were the details of the news Moto2: The loss due to coronavirus makes Rossi call “more than... for this day. We hope that we have succeeded by giving you the full details and information. To follow all our news, you can subscribe to the alerts system or to one of our different systems to provide you with all that is new.