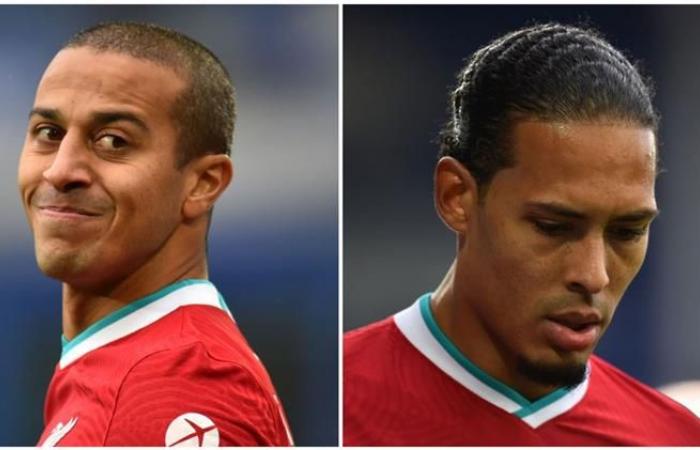 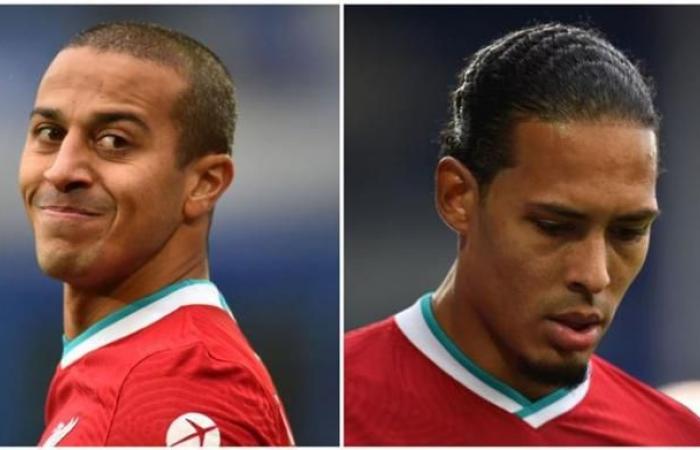 English press reports revealed the latest developments in a duo Leferball Virgil Van Dyck and Thiago Alcantara, who were exposed during the match against Everton in the Premier League.

The two teams met in the fifth round of the Premier League, where they tied with two goals in Goodison Park.

Van Dyck suffered a severe knee injury after a violent intervention from Everton goalkeeper Jordan Pickford, and was forced to exit in the 11th minute.

Thiago Alcantara was also hit by opponent Richarlison in the fatal time, resulting in the latter receiving a red card.

According to the English “Liverpool Echo” network, Van Dyck left the hospital on crutches after undergoing a thorough medical examination.

She explained that the English Premier League champions are waiting for Van Dyck’s examination results, with concerns about the possibility of the Dutch defender being absent for a long time due to the size of his injury.

The Qatari Bain Sports network reported that Van Dyck was suffering from a cruciate ligament tear.To see the details, here).

The network also indicated that Liverpool was waiting for the results of the examination of Thiago Alcantara, who underwent him after the match.

These were the details of the news Reports reveal the developments in Van Dyck and Thiago Alcantaras injury for this day. We hope that we have succeeded by giving you the full details and information. To follow all our news, you can subscribe to the alerts system or to one of our different systems to provide you with all that is new.