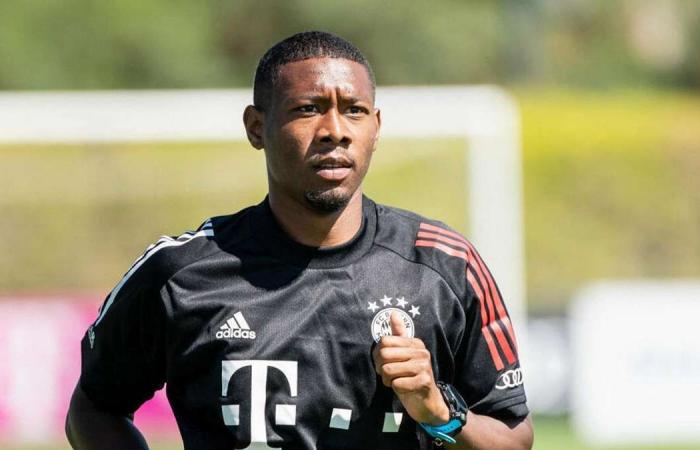 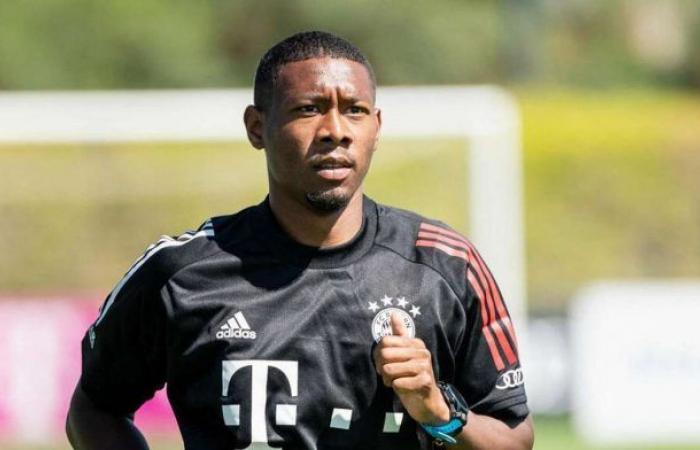 Update from October 13th, 7.50 a.m .: Who will buckle first? Both the side of David Alaba as well as the FC Bayern insist on their demands. Now a hammer message is making the rounds in Italy that Munich will not like: Allegedly, Alaba could already join Juventus Turin agree on a change.

Mediaset reports that the old lady is in “good negotiations with Alaba’s advisors” about a change in summer 2021. There was already an agreement with the Austrian. Amongst other things Sport1 confirmed the rumor.

Of the FC Bayern and Juventus Turin have good relationships with each other Last-Minute-Transfer from Douglas Costa showed. Should Munich still not be able to come to an agreement with Alaba, it is not unlikely that Juve will strike.

FC Bayern: David Alaba has still not extended – Brazzo is on a cuddle course

Update from October 12, 4:45 p.m.: Hasan Salihamidzic has once again become the future of David Alaba voiced. The Austrian’s contract with FC Bayern is known to expire in summer 2021, so far the contract has not yet been extended.

“David has been with the club for a long time. We all know what we have in him, “said” Brazzo “at the FC Bayern PK on Monday lunchtime:” We won’t give David an ultimatum or play games. We’re trying to convince David and hope he’ll be in Munich remains and that the signature will take place at some point, ”said the sports director of the German record champions when introducing the newcomers Bouna Sarr and Eric Maxim Choupo-Moting on Säbener Strasse.

At last there was difference between the Bayern and the Alaba-Side given, namely with Father George and the controversial advisor Zahavi pines. In 2008 the now 28-year-old moved from Austria Vienna to Munich when he was only 16 years old. Is current Alaba for the Austrian national team in the Nations League, with which he last won 1-0 in Northern Ireland.

Meanwhile, the Bundesliga is facing an unusual weekend. Now the transmission of the games is apparently at risk. ARD and Sky are facing problems.

First report from October 12th: Munich / Klagenfurt – What will happen David Alaba? From the FCB defender you haven’t heard anything for a long time after his contract farce. During his trip with the National team But the Austrian showed himself now more talkative than last in Munich.

Like the Austrian Kronen newspaper reported, the 28-year-old defensive all-rounder is said to have won the FC Bayern probably not have enough yet. “Of the Hunger is always there. I play football for this at the end of the day at the top to stand “, said the defensive man in Klagenfurt. A good sign for all Bayern fans who want to see the home grown play for longer with the record champions.

The contract extension with Alaba’s consultant was recently a huge issue, even an early departure from Munich suddenly seemed possible. For the time being, Alaba remains in the Bundesliga. In the coming summer, his working paper will run at the incumbent Winner of the Champions league but until then he will have to stay with Bayern.

But even in this regard, Alaba seems at least to the outside world no grudge to cherish. “I feel in Munich very well, it’s been mine for twelve years homeland. I was able to experience very nice moments there, ”said the 72-time national player. A hint that he might soon be extending his home country?

David Alaba: FC Bayern star back in action for Austria

He is also a native of the national team Wiener a sought-after man and therefore had to be spared in the friendly against Greece, which Austria won 2-1. “Sitting in the stands is never fun,” said Alaba, who is expected to start again against Northern Ireland on Sunday in Belfast.

After eleven months he will be back for that ÖFB team are on the field, in September he was still out due to muscular problems and his team lost 3-2 at home to Romania. Now there is only the question of position for coach Franco Foda, since Alaba was last five titles as a central defender with FC Bayern. “I just want to help the team play football successfully. The question has been asked for years because I can play in several positions. “(Ajr)

*The article has been translated based on the content of Source link by https://www.tz.de/sport/fc-bayern/fc-bayern-muenchen-david-alaba-transfer-juventus-turin-vertrag-wechsel-90065143.html
. If there is any problem regarding the content, copyright, please leave a report below the article. We will try to process as quickly as possible to protect the rights of the author. Thank you very much!

These were the details of the news David Alaba: lightning farewell to Bayern Munich? Sudden transfer vortex for this day. We hope that we have succeeded by giving you the full details and information. To follow all our news, you can subscribe to the alerts system or to one of our different systems to provide you with all that is new.