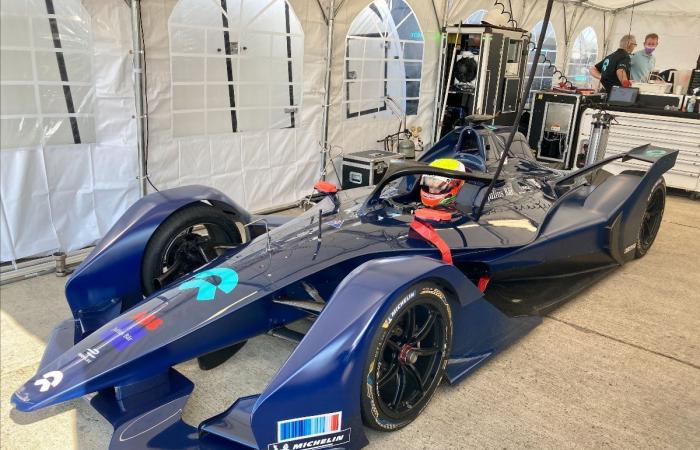 The Chinese company, which is also the track owner and organizer of the Chinese Touring Car Championship, acquired a majority stake in the team at the beginning of the 2019/2020 season.

The team previously used Integral’s powertrain before investing in manufacturing its own powertrain in January 2021 for the seventh campaign in the all-electric racing series.

The new powertrain specifications include:

The move comes as NIO 333 sets ambitious goals for the coming season after finishing last in the last two Formula E seasons.

NIO 333 overhauled its European subsidiary last season with the appointment of Christian Silk as Team Principal, who is in charge of overseeing and developing the technical, research and development, European trade and marketing departments, which will continue to operate in the nearby “ Center for Innovation and Enterprise ”are located in Oxford in the UK

The team also maintains its second European location at Donnington Park Circuit in the UK, near Formula E Holdings Ltd.’s operational headquarters, to house its racing cars and event team.

The NIO 333 FE Team will announce who, along with British driver Oliver Turvey, who is starting his sixth full Formula E season with the team, will attend the official preseason 7 test from November 27th to December in Valencia, Spain the launch goes 1, 2020.

Silk said, “Of course there are always mistakes in the first few tests that need to be ironed out, but the way the car has been driven is really impressive and a real credit to the hard work everyone in the NIO 333 FE- Team has done. This reliability has freed up engineering resources to focus on pure vehicle performance. Initial feedback from the driver was positive in terms of vehicle balance as well as consistency and speed. After Berlin, we knew we needed to focus on multiple areas and the team’s hard work to resolve these issues really pays off in terms of driver comments and the data collected from the car.

“Our plans for the seventh season are ambitious, but we are a proud team with a great depth of experience and I know that I can speak for everyone when I say that we will do everything in our power to achieve these goals . ”

Vincent Wang, CEO of the NIO 333 FE team, commented: “We are starting the seventh season with renewed optimism as we completed some very encouraging tests with our new powertrain this month.”

He added, “We were an inexperienced team early in season six using an old engine package to get us through the year but we knew our strengths and weaknesses and are working quickly to fix them. We have ambitious plans for 2021 and are building not only the technical side of the NIO 333 FE team to improve our performance on the track, but also our operational side in the UK and China. Everyone is very focused to make sure the NIO 333 FE team is as competitive as possible before we head to Chile for the first race of the FIA ​​ABB Formula E World Championship in January. ”

These were the details of the news The NIO 333 Formula E team unveils a new powertrain for this day. We hope that we have succeeded by giving you the full details and information. To follow all our news, you can subscribe to the alerts system or to one of our different systems to provide you with all that is new.