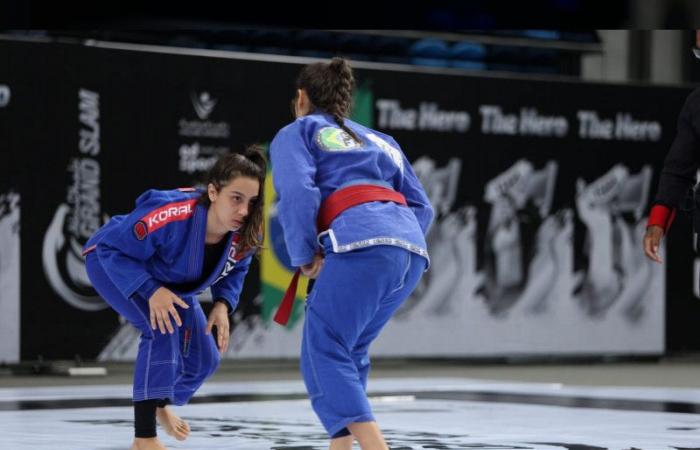 Mohamed Nass - Dubai - Jiu Jitsu fever will take over Fujairah as the second round of the Vice President’s Cup kicks off on Friday, December 13, at the Zayed Sports Complex in Fujairah.

The Vice President’s Cup is an important stop on the 2019-2020 Jiu-Jitsu calendar and has been organised by the UAE Jiu Jitsu Federation and will provide a valuable opportunity for a large section of the Jiu-Jitsu community and various sports clubs to compete for the prestigious title.

The Vice President’s Cup will be conducted in an "open belt" format across the different weights, allowing competitors holding different belts to face-off against each other. The tournament will have three age categories - men’s (over 18), under-21, and under-18. The men’s and under-21 category will see competitions spread across seven weight classes ranging from 56 kg to 110 kg. The under-18 category will have seven divisions from 46 kg to 94 kg.

The duration of the bouts for the under-18 category will be four minutes, the under-21 category will have five-minute bouts, while the men’s category will see athletes competing in six-minute bouts. The official weigh-in for the Vice President’s Cup will begin at 11:00 on 13th December, 2019, with bouts beginning at 14:00 on the same day.

Youseff Abdullah Al-Batran, board member of the UAE Jiu Jitsu Federation, said that the timing of the second round of the Vice President’s Cup and the euphoria around the successes of the UAE National Team in the World Championship would be beneficial for further development of Jiu-Jitsu in the country and also provide an excellent platform for elite competition.

Salem Ali Zayed, Omar Al Suwaidi, Majid Al Shehhi, Mahdi Al Awlaki, and Muhammad Al Suwaidi will be leading the charge for Baniyas, while Saleh Al Dharaibi from Al Jazira, Saif Al Mansoori from Commandos, and Mohammed Al Menhali from AFNT will be looking to add to the Gold medals they won in the first round of the Vice President’s Cup.

These were the details of the news Second Vice President’s Jiu Jitsu Cup begins next week in Fujairah for this day. We hope that we have succeeded by giving you the full details and information. To follow all our news, you can subscribe to the alerts system or to one of our different systems to provide you with all that is new.