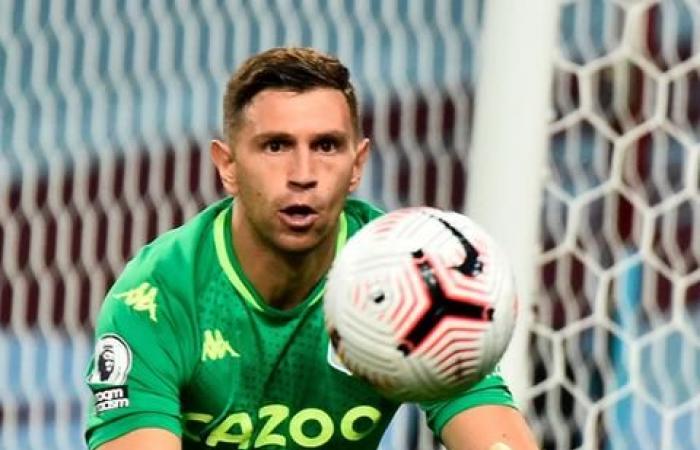 Thank you for your reading and interest in the news Defensive chaos hands brutal reality check to Liverpool, Manchester United and Bayern Munich and now with details

Hind Al Soulia - Riyadh - Two months after football in Germany resumed after the spring lockdown, the Bundesliga acting as pathfinder for other leagues seeking ways of staging marches amid a pandemic, the statistics were revealing some unusual features.

Away teams were more successful – unsurprising, given the empty stadiums, with no hostile home supporters. Less expected was that the number of clear defensive errors had soared.

Five months after that tentative resumption, with almost every league now back up and running, the tendency for slipshod defending seems more and more pronounced. It is spreading across elite club football.

What happened on Sunday in the Premier League was startling: the finest club side in Europe for most of 2019-20, Liverpool, shipped seven goals at Aston Villa.

That rout had begun when television viewers were still checking whether what they had just watched, broadcast from Old Trafford, was true. It was: Manchester United beaten 6-1 at home by Tottenham Hotspur.

While those eye-catching results were being compiled, Bayern Munich, who won a Treble only a few weeks ago, were busy conceding three goals at home to Hertha Berlin. Bayern have let in seven in their last two games.

United, Liverpool and Bayern. Look through the list of the world’s most expensive defenders, and these clubs all feature among the buyers.

Lucas Hernandez, the France international, is the costliest footballer ever to join a German club, although Bayern doubt the wisdom of that investment. He cost €80 million ($94m).

United’s Harry Maguire and Liverpool’s Virgil van Dijk cost even more. They were both on site, uncomfortably burdened with their price-tags, for record-breaking events (for Spurs and Villa) at the weekend.

Ambitious clubs invest so heavily in central defenders because ambitious managers demand such a range of qualities from the leaders of a back line.

They must, as ever, command, contain their opponents, and, these days, jump up to win aerial challenges while keeping their arms as close as possible to their torsos and hips, lest they fall foul of stringent new guidelines on handball.

Above all they must be bold, and sure-footed enough to pass precisely, long and short, while under a heavy opposition press, something Eric Bailly – drafted in by United manager Ole Gunnar Solskjaer to partner Maguire – failed to do against Spurs. His ball out from his own penalty area, intended for Nemanja Matic, invited Harry Kane to pounce for Tottenham’s third goal.

The same instincts put Liverpool in trouble from the start against Villa, the goalkeeper Adrian assuming that, with the ball at his feet in open play, his first responsibility was to pass to one of his ball-playing centre-backs, even while he was liable to be aggressively closed down.

Adrian looked for Joe Gomez, and his pass was imprecise: It effectively gave Villa their early lead.

Villa would go on to shred a Liverpool defence that has been carefully constructed to master the most demanding extremes of defensive excellence.

Liverpool’s back four are required, without the ball, to maintain a very high line, close to the halfway line.

With the ball, when they regain possession within 18 metres of their own goal, they look for the most positive pass, with an emphasis on speed, and a rapid transition.

Their expertise in both areas made them the most brilliant counter-attacking team in 2019-20 while keeping the tightest defence in the Premier League, well ahead of Manchester City, whose collective spending on defenders in the last three seasons has eclipsed everybody else’s.

“We have to take risks,” said Klopp after the heaviest defeat of his five years in English football. “But we have to protect the risks. We didn’t. Pretty much everyone made massive mistakes around the goals. They [Villa] were quicker of mind.”

Villa’s was a studied destruction, a combination of aggressive pressing and readiness to exploit the space behind Klopp’s high line. They chose a good day.

Sadio Mane was absent, which deprived Liverpool of the striker who best defends from the front. Goalkeeper Alisson was injured: Adrian seldom resembles a like-for-like deputy.

A theory from Germany, where they first noted the higher ratio of goals from obvious defensive lapses in post-Covid football, is that the lack of a crowd, rather than eliminating distraction, actually hinders a defender’s concentration, the silence a stimulus for moments of doziness.

A plausible theory across the elite level is that a shorter pre-season, because of the rescheduled calendar, has left inadequate time for defenders to practice the detailed drills a back line need to ensure the positional discipline that ‘risk’ strategies, as Klopp calls them, function.

It is also possible that the pursuit of a higher and higher defensive line, a fashionable tactic over the last decade, may have reached the end of its usefulness, and that, like sky-high fees for defenders, and extraordinarily high scorelines, it is due a reality check.

These were the details of the news Defensive chaos hands brutal reality check to Liverpool, Manchester United and Bayern Munich for this day. We hope that we have succeeded by giving you the full details and information. To follow all our news, you can subscribe to the alerts system or to one of our different systems to provide you with all that is new.