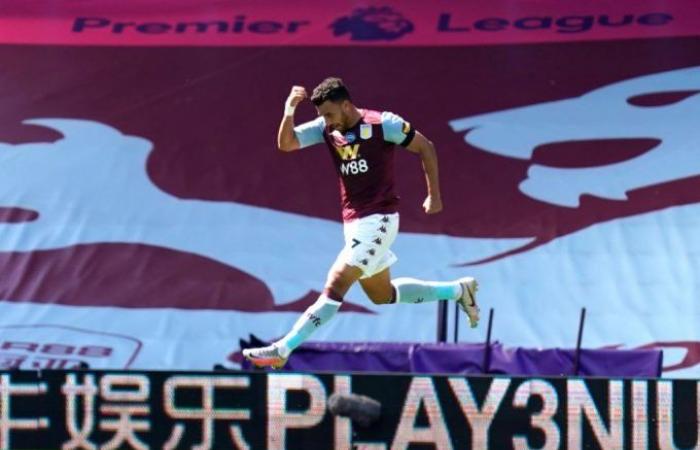 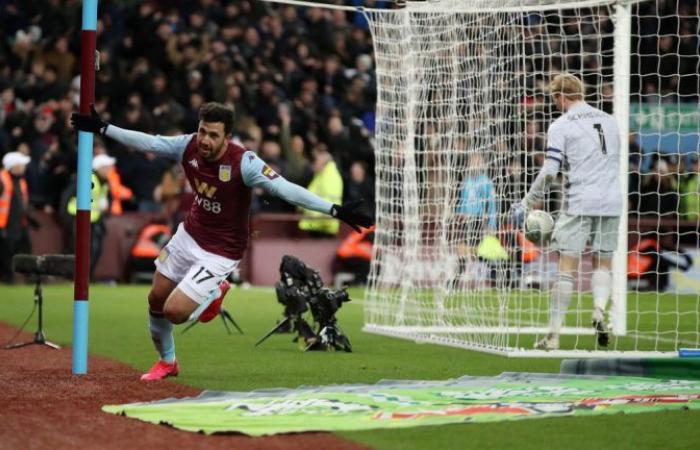 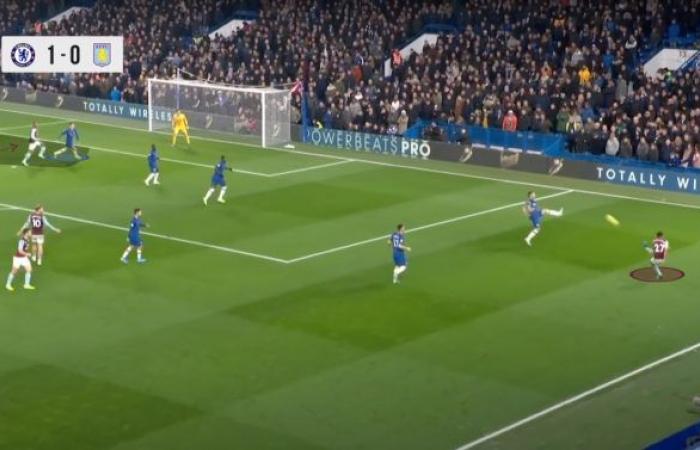 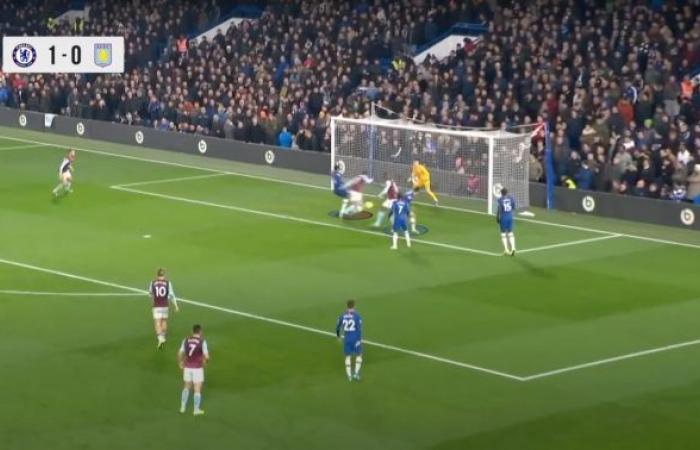 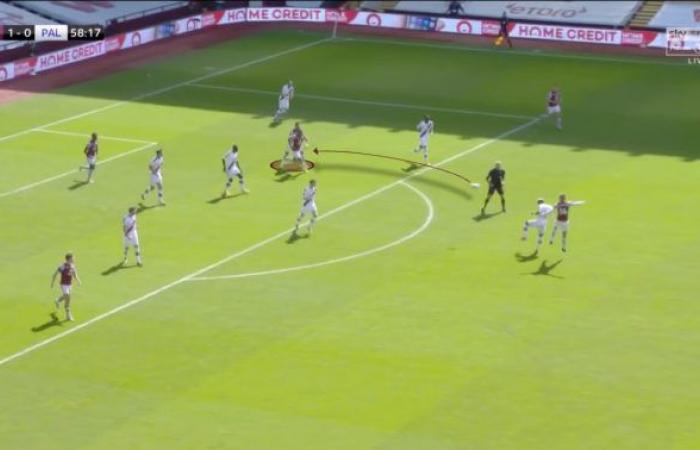 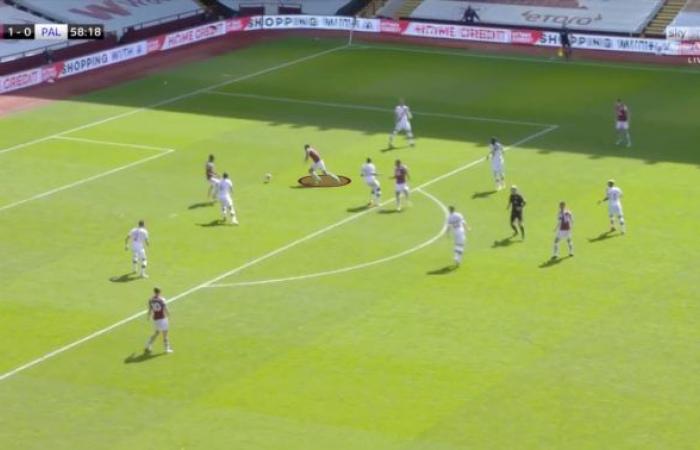 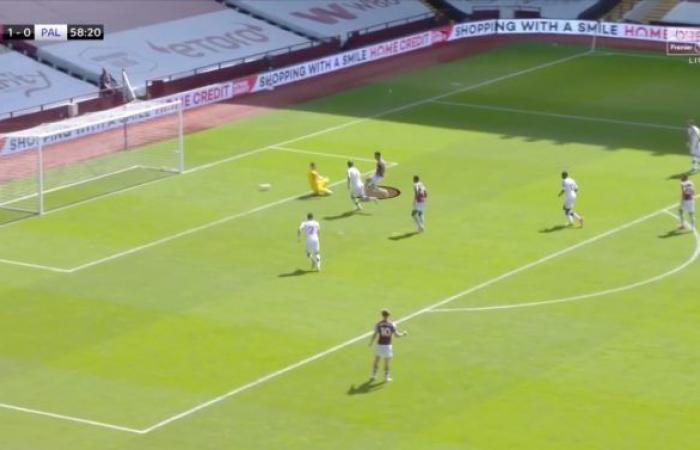 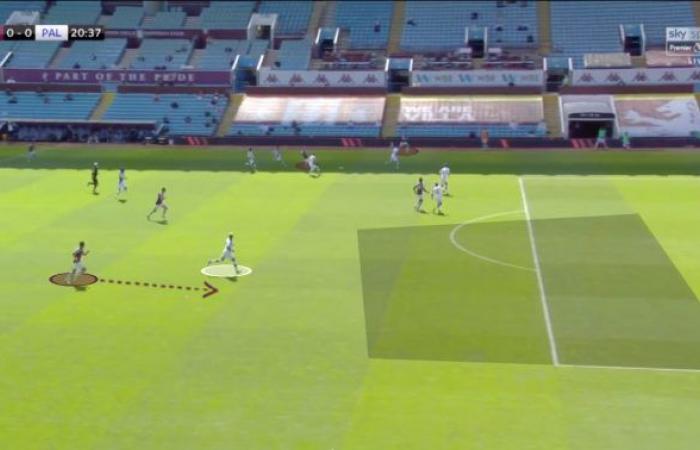 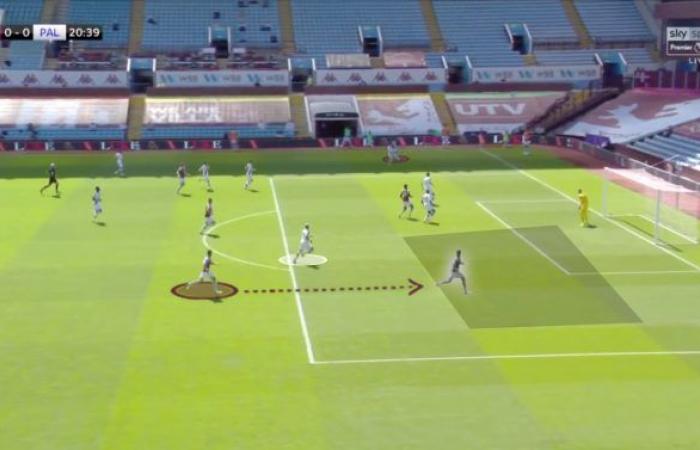 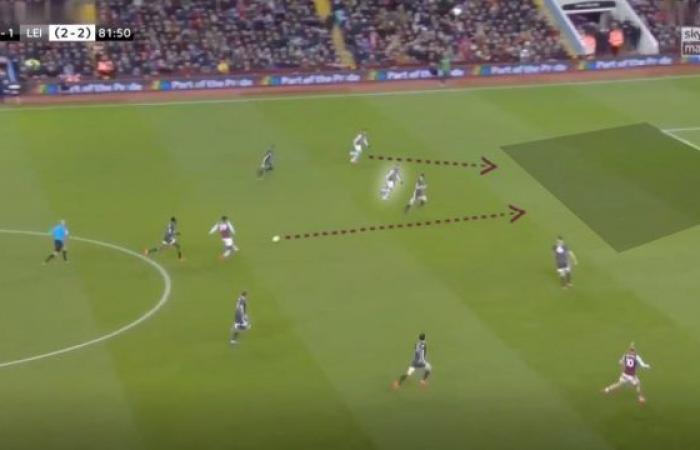 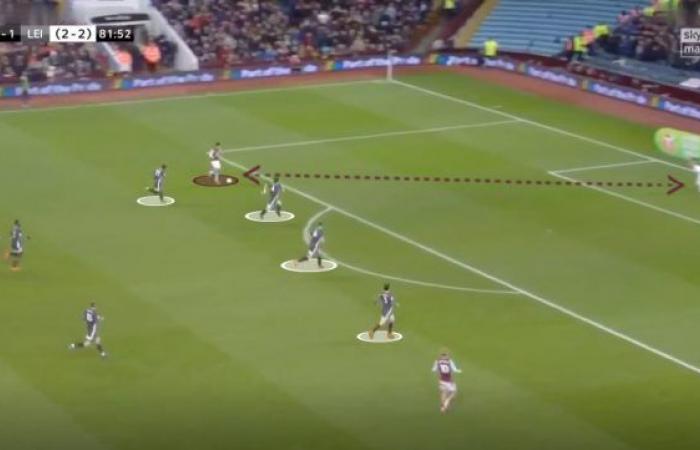 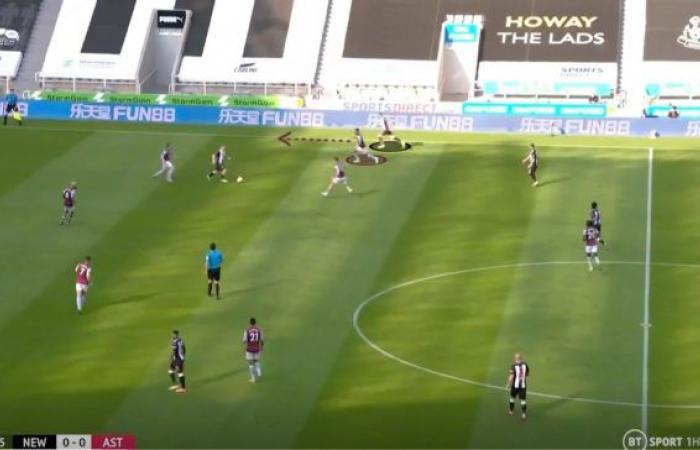 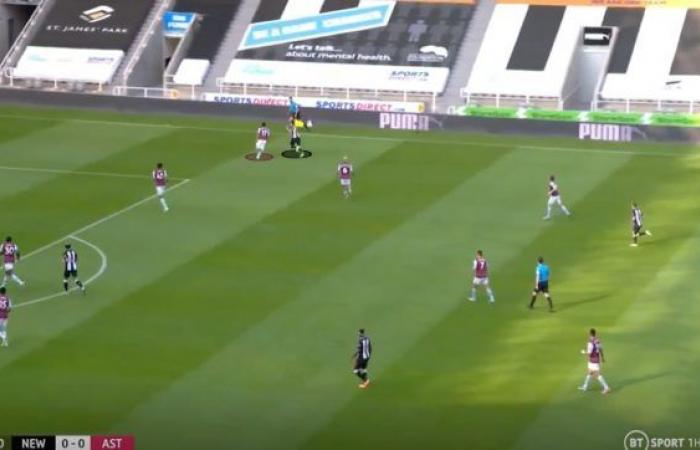 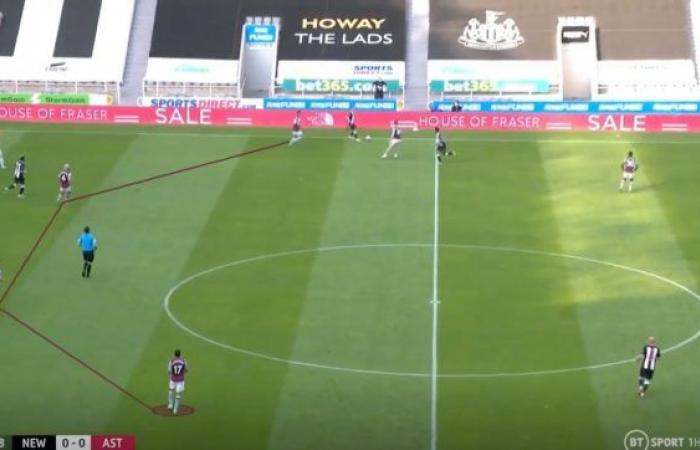 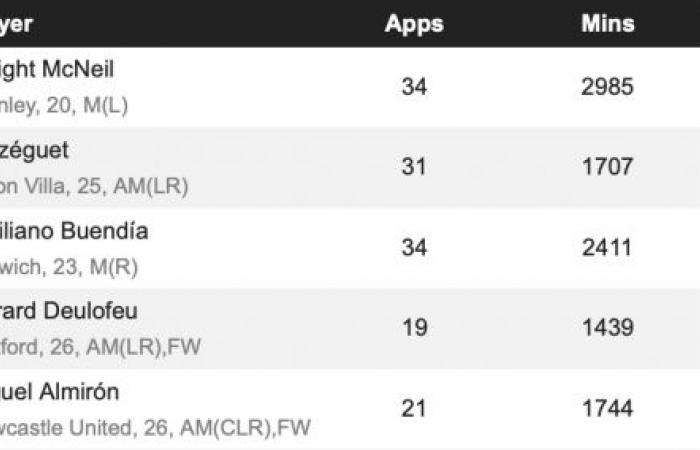 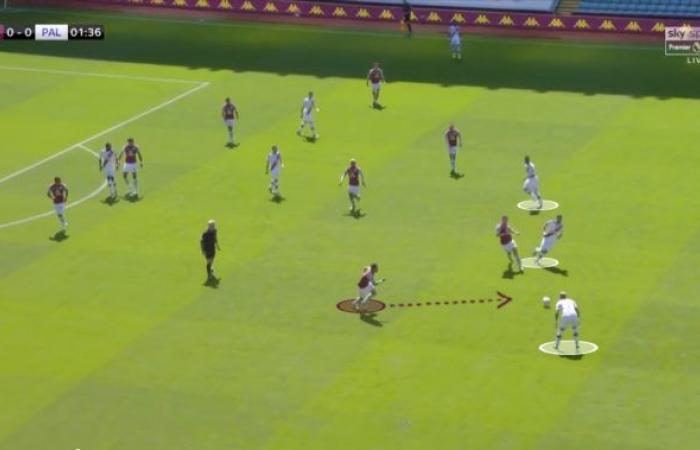 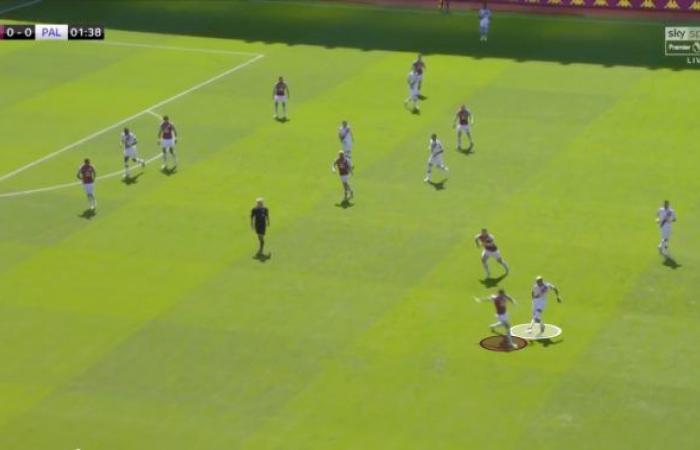 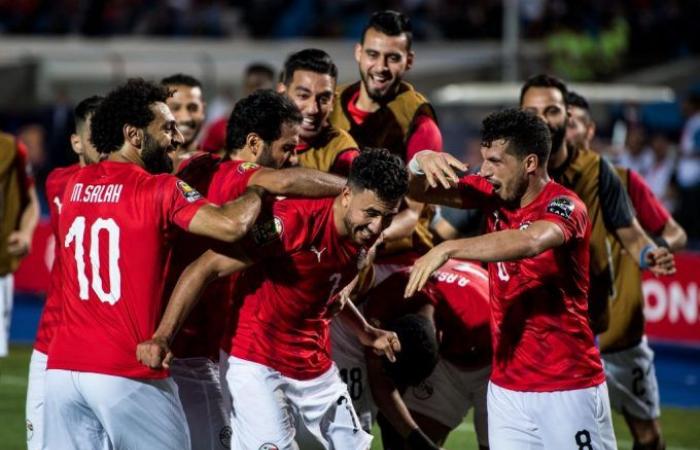 Thank you for reading the news about Player Analysis: Egypt’s Mahmoud Trezeguet sparks Aston Villa’s survival hopes and now with the details

UEFA B and El Gouna FC youth coach Omar Lasheen puts the spotlight on Mahmoud Trezeguet in his latest tactical analysis, with the Egyptian taking charge in Aston Villa’s fight against relegation.

The Egyptian has made a big step up in level since joining Aston Villa in the summer of 2019. Mahmoud Hassan Trezeguet’s move from Kasimpasa in Turkey for £8.75 million has been a bargain, providing his team with a number of crucial goals as he looks to maintain his form in what will be a survival dog-fight in the final few games of the Premier League this season.

The 25-year old speedy winger’s reputation has been growing in England as many suitors will be monitoring his performances as next summer’s transfer window looms. This player analysis will look at Trezeguet’s main strengths as well as areas where he can improve to reach his full potential.

Mahmoud Trezeguet’s ability to place himself in goal-scoring positions in organized offensive situations, is one that has helped him in being impactful for Aston Villa this season. His poacher-like movement allows him to be able to maximize attacks constructed by his team, being able to locate the space, and take quick shots when the opportunities arise.

Trezeguet’s understanding of his teammates’ preferences in terms of movements and pass choice, helps him determine the spaces he will occupy to be able to exploit an offensive situation in the final third. His sensing of where he is at his most dangerous provides him with the decision on whether to maintain his position out wide, or a position where he can be more threatening; closer to the opposition goal.

This season, he has the second most shots from inside the penalty box, 29, for Aston Villa in the Premier League. This is not only due to his technical ability and movement, but also his mental approach, bravery and willingness to be productive for the team; which is an important quality for a player who is looking to improve on his goal tally of five Premier League goals.

As Aston Villa play with a lot of width in offensive organization, Mahmoud Trezeguet usually finds himself in positions where he needs to make different types of runs in order to escape the defender’s attention. Trezeguet uses short and sharp movements when he is near the opponent’s goal to get free of marking and find small spaces in which he can get the minimum amount of touches to take a shot.

In the situation below, Egyptian compatriot Ahmed Elmohamady makes a cross into the box. Trezeguet, coming off the left wing into the penalty box, positions himself into a space close to the penalty spot. He is able to identify the space between the two Chelsea defenders. As the ball comes into the penalty area, he makes a darting run in the small space he has located, to meet the cross with one touch and being able to bundle over the line with his next touch, to make a goal-scoring contribution to the game.

Trezeguet does not have the best goal-scoring record, mainly due to his lack of finishing ability. However, his persistence in getting into dangerous spaces allows him to exploit mistakes that happen during the game. Three of his five Premier League goals have come from direct mistakes from the opposition. His persistence in positioning himself in spaces where he expects the ball to drop, allows him a high number of shooting and scoring opportunities per game. Trezeguet’s readiness to take these chances in a composed manner has improved over time, which will see him become more accurate with his finishing.

This was shown in the second goal of his brace against Crystal Palace, where Trezeguet’s teammate headed the ball into the penalty area, continuing an attack that started with a set-piece. Mahmoud Trezeguet was positioned in the penalty area, within the widths of the 6-yard box, ready for the possibility of the ball to fall in his path.

As it dropped to him, he was the first player to react, with a composed finish in the bottom corner; a move that would see Trezeguet add more to his number of goals if he is able to maintain the exemplified composure in front of goal.

Although Mahmoud Trezeguet is proficient in attacking small spaces, it is big spaces he finds trouble in attacking with the same consistency. Trezeguet is renowned for his speed and direct running in counter-attacking situations. However, his timing and aggression in attacking the spaces left by the opposition denies him the opportunities to consistently make the most out of his team’s offensive transition moments.

As mentioned before, Trezeguet moves well in tight spaces and can maneuver his way into good goal-scoring positions with short and sharp movements. On the other hand, his lack of interpretation of big spaces, does not allow him to give his teammates the best option when they are on the ball in counter-attack.

In terms of using his speed, Trezeguet does not consistently approach the space with enough pace to get on the end of his team’s constructed attacks ahead of the opposition’s defender.

In the below attack, as the ball is played into the path of the overlapping left-back, Trezeguet finds himself on the right side of the pitch, with space to run into, to potentially meet the cross at the far post.

As the cross is played in, Aston Villa have only one player in the penalty area, with Mahmoud Trezeguet positioned outside. The lack of speed in attacking the area at the right moment prevented Trezeguet with the possibility of a good goal-scoring chance from a counter-attacking situation.

Also, the technical execution of a run into the space in the final third depends on a player’s position, movement, direction, and speed. Trezeguet’s technique when he is attacking the space, lacks the positioning and direction needed to be a constant threat on goal. His inability to realize where the spaces are within the opposition’s defensive lines, does not allow him to adequately bend his runs to meet the ball in the closest position to the goal as possible.

Against Leicester City, Trezeguet positions himself in the space vacated by the opposition right full-back. As his teammate is in possession of the ball, he decides to hold his position out wide, which forces his teammate to make a straight pass into his path, keeping him away from the goal and ending up with a wide shot.

Alternatively, if Trezeguet was to position himself closer to the outside central defender, he would have given his teammate the choice to make the pass in the space between both opposition central defenders. Consequently, Trezeguet would have made a diagonal attacking run into the space to meet the ball in a position closer to the center of the goal, giving himself a better chance of a goal-scoring opportunity.

Trezeguet’s defensive work rate is a quality that has helped him become a more regular feature in the Aston Villa team recently. His effort and determination to contribute to each phase of play makes him one of the most crucial players in the line-up. Trezeguet’s understanding of the moments of the game has allowed him to be more effective, giving Aston Villa more stability in defensive organization.

His understanding of his defensive roles within the team structure allows him to occupy the correct spaces in relation to his teammates. He comprehends the tactical aspect of the game, positioning himself according to his opponents as well as the movement of the ball.

In the situation below, Mahmoud Trezeguet is playing as a left winger, keeping a close eye on the advancing opposition right full-back as the ball is played on his side of the pitch. As the ball is played into the space for the opponent to continue their attacking move, Trezeguet keeps going, marking the opposition full-back until their attack is finished and it goes out of play. This example shows his willingness to work and how he sacrifices himself for his team as well as his understanding of his position’s roles in all phases of the game.

Conversely, in this opposition attack, Trezeguet is playing as a right winger. As the opponent’s attack progresses on the other side of the pitch, Trezeguet shifts across to cover the space inside and gives his team an extra player towards the middle of the pitch. This allows his team’s defensive shape to remain horizontally compact and gives him the opportunity to shift across if the opposition switch the attack to the other side.

One of the tactical principles in defending is to move as the ball moves, whether it is shifting across, pushing up, or dropping deeper. Also, the angle in which to approach the player in possession determines how the player on the ball will react; ideally forcing the ball back or making an interception.

Trezeguet has made the second most number of interceptions from a wide midfielder or winger in the Premier League this season, with 24.

His defensive technique is shown in the example below. In this situation, he is playing as a right winger in line with his central midfielders within his team shape. As the ball is played across to the opposition left-back, he vacates his position and rushes out quickly to block any offensive action.

His angle of approach closes the outside for the player attempting the pass and his ability to keep his eye on the ball stops the ball from advancing, giving an opportunity for Aston Villa to counter-attack.

A player with undoubted ability, if Mahmoud Trezeguet maintains his game-to-game improvement will see him become one of the best exports from the African continent. With his quick and sharp movements in tight areas, combined with his professionalism and defensive contribution to the team, he is maximizing his opportunities in the Premier League.

If Trezeguet keeps consistently improving his existing qualities as well as identifying and working on his weaknesses, Egypt will have more than one king in the United Kingdom.

These were the details of the news Player Analysis: Egypt’s Mahmoud Trezeguet sparks Aston Villa’s survival hopes for this day. We hope that we have succeeded by giving you the full details and information. To follow all our news, you can subscribe to the alerts system or to one of our different systems to provide you with all that is new.